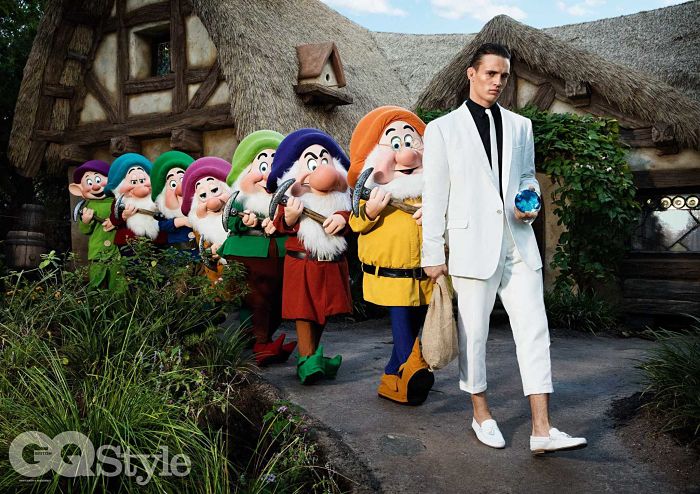 GQ Style magazine had the opportunity of having the first ever men’s fashion photoshoot at Walt Disney World. The British magazine took pictures all around the Magic Kingdom with model Julian Schneyder. The photos also featured Donald Duck, the Seven Dwarfs, and Cinderella Castle. The GQ Style spring summer issue, which this photoshoot is featured in, is now available for purchase. Below is the front cover to the GQ Style spring summer issue that features the Walt Disney World photoshoot.