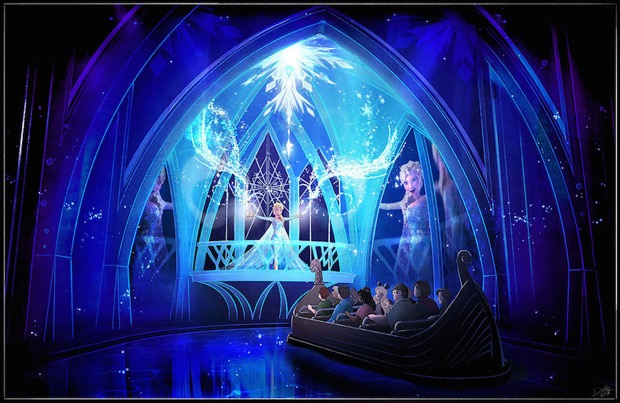 We all know that Frozen is best… in summer! Now, we can officially look forward to experiencing the brand new Frozen experiences, Frozen Ever After and the Royal Sommerhus, at Epcot this summer on June 21, according to Disney Parks Blog.

Both new experiences are located in the World Showcase at Norway. Frozen Ever After “offers guests an adventurous boat tour through the kingdom of Arendelle.” Disney Parks Blog goes on to describe the attraction as such:

Guests are first transported to the “Summer Snow Day” Celebration where Queen Elsa embraces her magical powers to create a beautiful “winter-in-summer” day for the entire kingdom. Next, guests will pass Troll Valley on their way up the icy North Mountain to Queen Elsa’s Ice Palace before their return trip to the Bay of Arendelle. Disney also wants to make sure everyone knows that Anna and Elsa are also available to see in the Festival of Fantasy parade as well as the upcoming Mickey’s Royal Friendship Faire show, which opens on June 17.

Look for all of these experiences on June 21 as well as some extremely bitter Maelstrom fans who just can’t let it go.