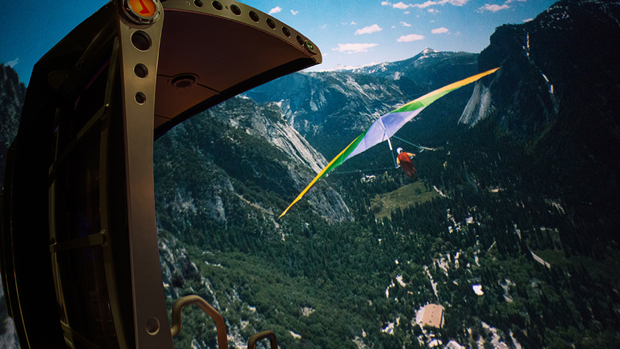 Looks like anxious guests waiting to see Soarin’ Around the World are still going to have to wait until June 17. Disney Parks Blog has announced that the original Soarin’ will be re-opening at The Land pavilion at Epcot on May 21 through June 16. Guests at Disney California Adventure will be able to experience Soarin’ Over California still through June 15 before the opening of the new film.

Soarin’ Over California took guests on a glider ride over some of the most beautiful areas of California including Napa Valley, Yosemite and Disneyland, while making the experience extremely immersive using wind and scent effects. Once you’ve had the privilege of smelling the orange groves, you can never forget it.