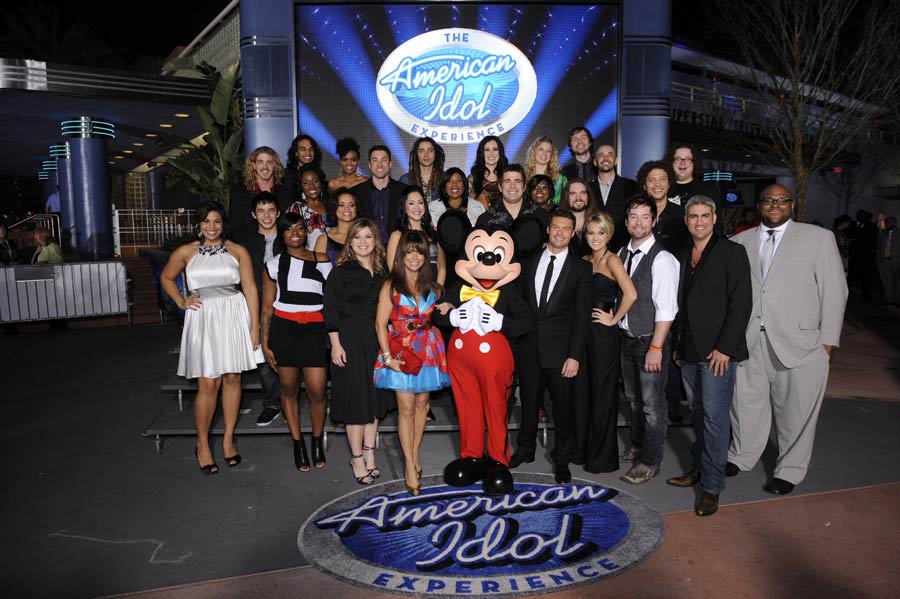 ShareTweetSubscribe
Trying to plan a vacation, but can't decide between a theme park adventure or launching your singing career? Lucky for you, not only has Disney-owned ABC managed to get their hands on American Idol, but they will be holding the show's auditions at Walt Disney World as well. The iconic reality vocal competition ended in 2016 after a 15 season run, and ABC just closed a deal with FreemantleMedia North America and CORE Media Group's 19 Entertainment to drag the show kicking and singing back onto network television. Ben Sherwood, co-chairman of Disney Media Networks and President of Disney|ABC, said of the deal, "American Idol on ABC… that has a nice ring to it. Idol is an entertainment icon, and now it will air where it belongs, in ABC’s lineup of addictive fan favorites alongside Dancing With The Stars and The Bachelor.” Although off the air this year, Idol managed to stay strong in the public consciousness. Negotiations went back-and-forth between ABC, NBC, and the show's previous home, Fox. Content with where the hit ended up, FremantleMedia Group CEO Cecile Frot-Coutaz said, "All of the intense ‎speculation surrounding the comeback of American Idol demonstrates just how popular and powerful this brand remains." Since Idol now has found a home with Disney it only makes sense to host the newest season's auditions at Walt Disney World. TMZ claims that Disney is setting the auditions in Orlando for brand promotion and cost effectiveness, with auditions at Anaheim's Disneyland being a possibility as well. Get ready for renditions of your favorite Disney songs at varying levels of skill, and check in with us for any and all future Disney/American Idol updates. Sources: Deadline, TMZ Image: The American Idol Experience Anniversary, Disney 2010
ShareTweetSubscribe