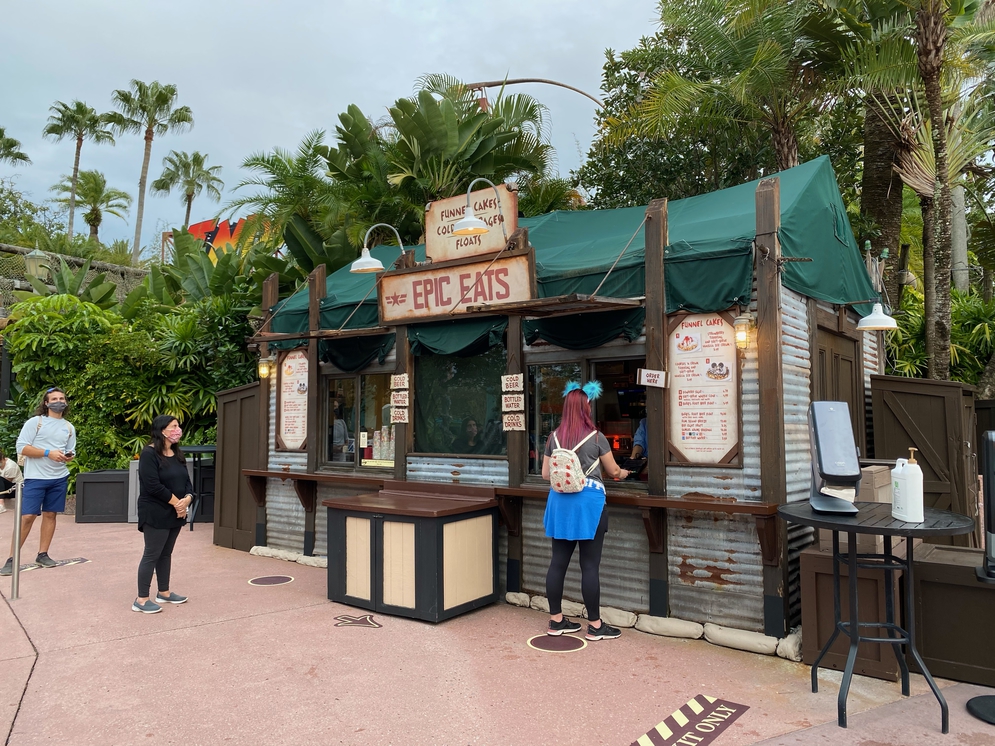 Epic Eats in Disney's Hollywood Studios is serving snacks again for the first time since the parks reopened in July.

According to the Walt Disney World website, the snack location will be open daily from 11am-5pm, and will offer freshly made funnel cakes and soft serve ice cream creations.

As seen in the pics that Ryno snapped when he stopped by the kiosk today, physical distancing markers (dots) are in place similar to other safety measures we've seen in the Disney parks.

As of time of publication, the hours for Epic Eats transition to 11am-6pm during the week of Christmas, with closing time extending to 7pm on New Year's Eve.