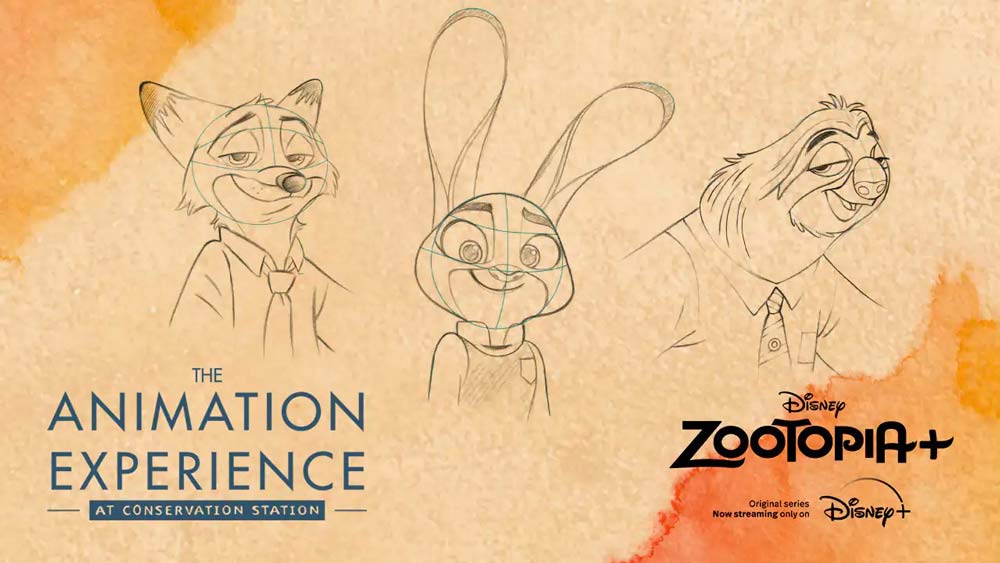 The Walt Disney Animation Studios’ Zootopia+ recently premiered on Disney+ and now, guests who visit Disney’s Animal Kingdom at Walt Disney World can learn how to draw some of their favorite characters from the story.

The experience lasts 25-minutes as animators are there to guide class participants step-by-step in bringing Judy Hopps, Nick Wilde, or Flash to life with paper and pencil while sharing some little-known fun facts about the world of Zootopia and the real-world animals these characters are inspired by.

Trent Corey and Josie Trinidad, the Directors of Zootopia+, will also share how Disney’s Animal Kingdom played a big part in inspiring the filmmakers of the original Zootopia film and the new Zootopia+ series which are both streaming now on Disney+.