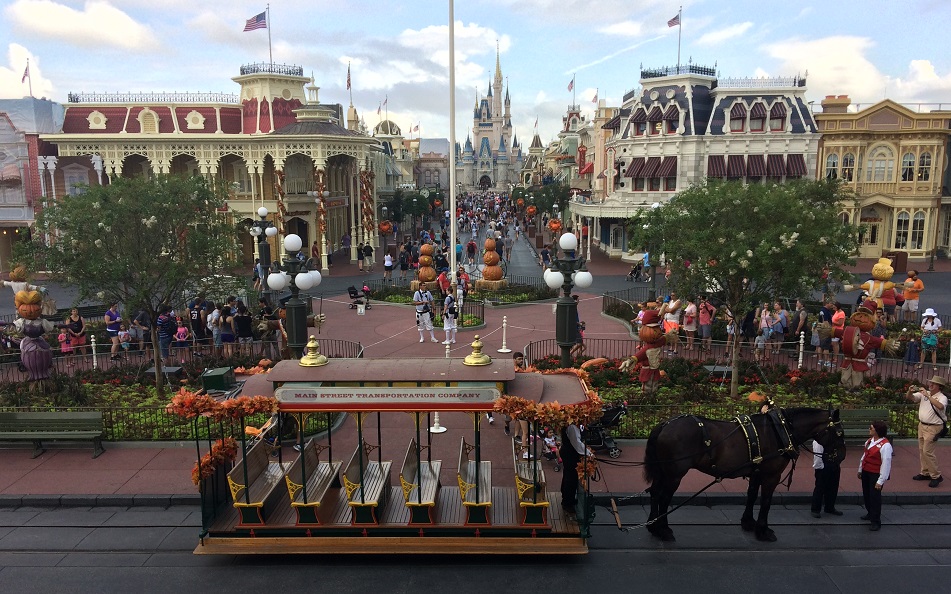 When you plan your Walt Disney World vacation you probably hope for blue skies and sunshine. Being from the UK, we absolutely love this aspect of Florida. Sunshine doesn’t appear here very often! So when the word hurricane raised its ugly head on our recent September trip, you can imagine we were slightly disappointed that the vacation that we had looked forward to, and planned for, was potentially going to be very different.

One thing I do want to point out is that this article is not going to be about whether you should ride out a hurricane at Disney or whether it is better to reschedule for another time. That’s a completely different discussion!

Instead I thought I would take you through the timeline of events prior to Irma arriving, and how Disney communicated with us and kept guests informed. In Part Two of this article, I will share our experiences as a WDW guest during this time, and the impact it had on our vacation in terms of the parks, rides, etc.  This way, if you do find yourself riding out a hurricane while at Walt Disney World, then you will have some idea of what to expect.

The following is the timeline of announcements that Disney made concerning the parks, and later more specifically for resort guests.

Wednesday, 6th September (4 days out from projected landfall in central Florida): Disney World issued a notice that they were monitoring the hurricane and its projected path but they were operating under normal conditions at that time.

Thursday, 7th September (3 days out):  Disney announced that they were cancelling planned events for the weekend due to the weather. This included MNSHP. For anyone directly affected by the weekend cancellations, it appeared they were able to switch their ticket to another date or get a full refund. Fort Wilderness Resort and Campground would also be closing on Saturday 10th, along with the Hoop Dee Do Revue (at the same resort). For anyone directly affected, I believe they were trying to relocate anyone wishing to, however, we met some families staying at Fort Wilderness that simply chose to leave a couple days early as they were in RVs and could drive home.

Friday, 8th September (2 days out): Around midday Disney announced that all the Disney parks and Disney Springs would be closed on Sunday 11th and Monday 12th due to the hurricane. They also announced revised closing times for all the parks on Saturday 9th which included all nighttime shows being cancelled.

Saturday, 9th September (1 day out): FOR WDW RESORT GUESTS : All WDW resort guests were to stay tuned to Channel 3 in their resort room for uptodate resort information. Over the coming hours it would give us information (resort specific) on dining operating hours (that did adjust as the weather changed) and also room curfew information.

Sunday, 10th September (day hurricane would hit): FOR WDW RESORT GUESTS: A reminder to guests that the resorts would be observing local curfews from 6 pm Sunday. At that time, all guests must remain in their resort building and/or room for safety. If you were in a room with an exit to an internal hallway, obviously you could leave your room to walk to the lobby etc. However, if your room had an external entrance, like a DVC villa, or the rooms at the value and moderate resorts, then you did have to stay in your room.

Monday, 11th September: FOR WDW RESORT GUESTS: (Day following the hurricane). Guests were reminded to continue to observe local curfews until they were lifted by the local authorities. Staying tuned to Channel 3 would continue to give up to date information on when the exact time would be. Other ways we were kept informed regarding the hurricane and how it related to our area in Orlando.

So that was how the week went, in terms of announcements from Disney World.  Personally, I always felt like we were being kept well informed of all updates and even the Disney bus drivers kept reminding guests of park schedule adjustments! There was never a time where we felt like we didn’t know what was happening, and once Disney made a new announcement, that announcement was relayed by many on Twitter and Facebook.

The cast members that week were also brilliant at giving direct but positive advice. Over the preceding days, when they knew we would be riding out the hurricane at a Disney Resort they all said similar things.  Stay indoors when told to, and have enough food and drink in the room to see us through. They were always positive and ensured us that as guest we would be well looked after. Personally, I felt that was reassuring. It obviously wasn’t their place to get into the discussion; should you stay, should you go? They offered simple advice for what was ultimately our situation.

So, did Disney look after their guests? Stay tuned for part 2 of this article (as it would have made this one so incredibly long, even for a book worm!) where I will talk about our experiences riding out the hurricane as a WDW resort guest in Saratoga Springs, and how it ultimately affected our vacation!

*Weather and resort update photos courtesy of the My Disney Experience app.