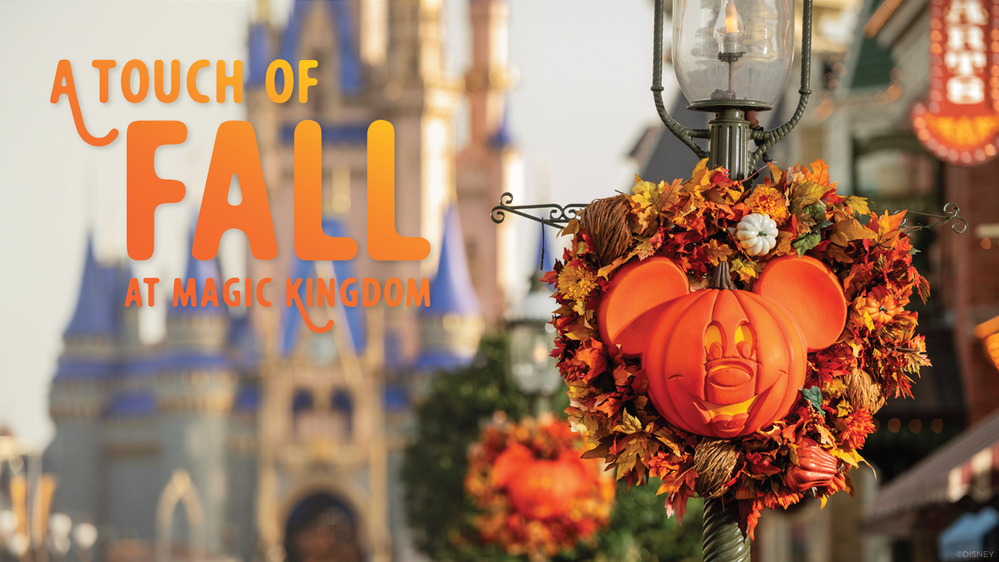 Fans of Walt Disney World’s autumn decorations, merchandise, and treats are in luck: all things Halloween return to the Magic Kingdom this year from September 15th to October 31st.

The glowing Mickey jack-o’-lantern wreaths are being readied for their big moment, and special seasonal snacks will be offered throughout Walt Disney World resort. The character cavalcades we’ve seen since the reopening of the parks will get a Halloween season transformation as Mickey and his friends appear in their favorite costumes. Disney characters will also pop up throughout the Magic Kingdom to revel in a bit of fall season fun.

While this year’s Mickey’s Not-So-Scary Halloween Party dates have been canceled, guests are being encouraged to wear their best Halloween costumes to Magic Kingdom during regular park hours from September 15th to October 31st. As a reminder, all guests age 2 and up must wear facial coverings, but only children under 14 years old are permitted to wear a costume mask.

And what would the Halloween season be without some great Disney merchandise to go with it? Halloween-themed apparel, Minnie headbands, Loungefly backpacks, and much more can currently be found in the shops located in the Walt Disney World theme parks.