Guests Can Now Give Cast Compliments through My Disney Experience 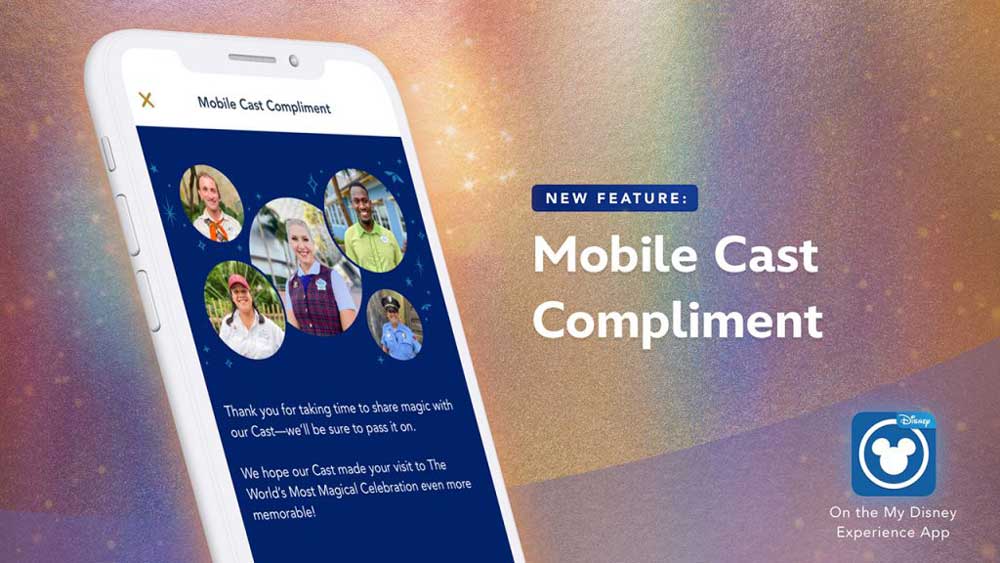 UPDATE 2/15/2022: Disney has just announced that guests can now compliment individual cast members – by their first name and hometown – as part of new enhancements to Mobile Cast Compliment inside the My Disney Experience app.

Last year when the feature launched, it would only allow guests to compliment a group of cast members so this new addition is a fabulous improvement!

Whenever a compliment comes in for a specific individual, the cast member will be alerted, along with their leader, and they can receive their personalized recognition – so, be sure to spell their name and hometown correctly when you enter it in!

Below is an example of the recognition cast members will receive, based on original artwork created to support Disney’s global commitment to reimagining the patient experience in children’s hospitals.

We talk a lot here at the DIS about how Disney cast members are at the heart of the magic of Walt Disney World. They often play a huge part in creating magical moments for families day after day.

Oftentimes, guests take time out of their day to stop by Guest Services and share these experiences as a way of saying thank you to those folks who make such a difference in our Disney days.

Disney has just announced a new way that streamlines the process of giving feedback on their cast members by making the feature available electronically through the My Disney Experience app.

It is important that we point out, however, that the app does not give the option to input a specific cast member’s name.

The feature is located in the Walt Disney World 50th Anniversary Destination Guide right in the app and all you need to do is select one of the positive statements and the location from the user-friendly drop-down menu.

Take a peek at the video below to learn more.