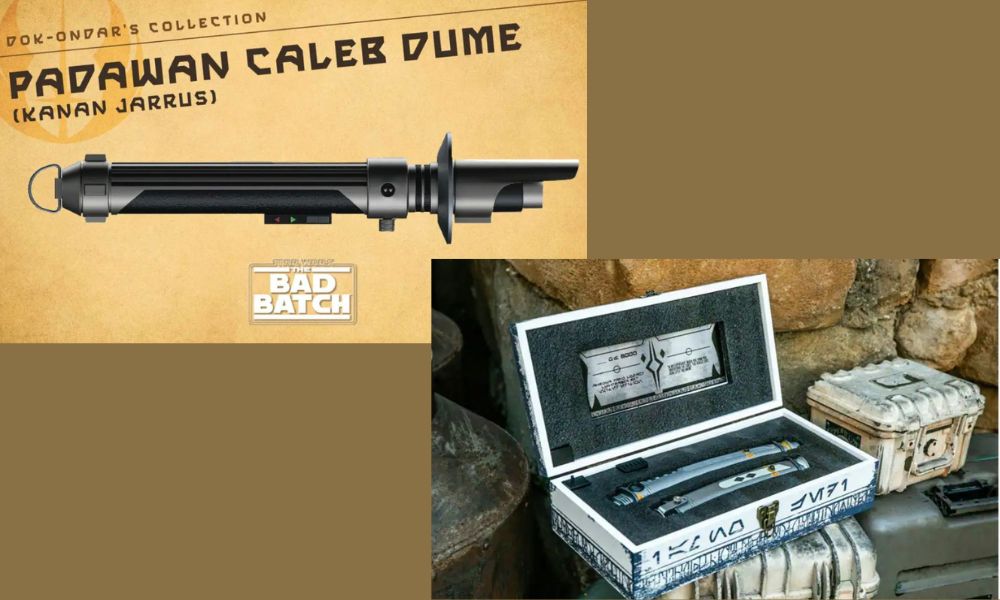 In May, during the Star Wars Celebration, Disney announced the opportunity to vote for the next Legacy Lightsaber Hilt on Disney Parks Blog. The votes are in, meaning you can add a new lightsaber to your collection. Padawan Caleb Dume (Kanan Jarrus) got the most votes, and you can soon buy his lightsaber. This Legacy Lightsaber Hilt will be added to Dok-Ondar’s Den of Antiquities. We don’t have a date yet of when it will be available, but we will keep you updated once we find out.

That’s not the only lightsaber news we got today. In the Disney Parks Blog post, we also discovered that the Limited Edition Ahsoka Tano Legacy Lightsaber Hilt Set will debut on July 1st, 2022. Only 6,000 of this limited-edition collector’s set will be available worldwide. Disney shared that a limited quantity will be available at Dok-Ondar’s Den of Antiquities, only available at Walt Disney World Resort beginning July 1st, 2022, until supplies last. The post says this limited edition lightsaber was created especially for Walt Disney World Resort and Disneyland Resort. There was no mention of when it would be available at Disneyland, but it may be safe to assume it’s the same date as Walt Disney World. The lightsaber will come with a case that plays Ahsoka’s theme song when opened. The set includes two lightsaber hilts modeled after the lightsabers she uses in “Star Wars: Rebels.” An individual numbered limited edition plaque will also be included.

This is some exciting news for all the Star Wars fans out there and lightsaber collectors. Which lightsaber are you most excited about?