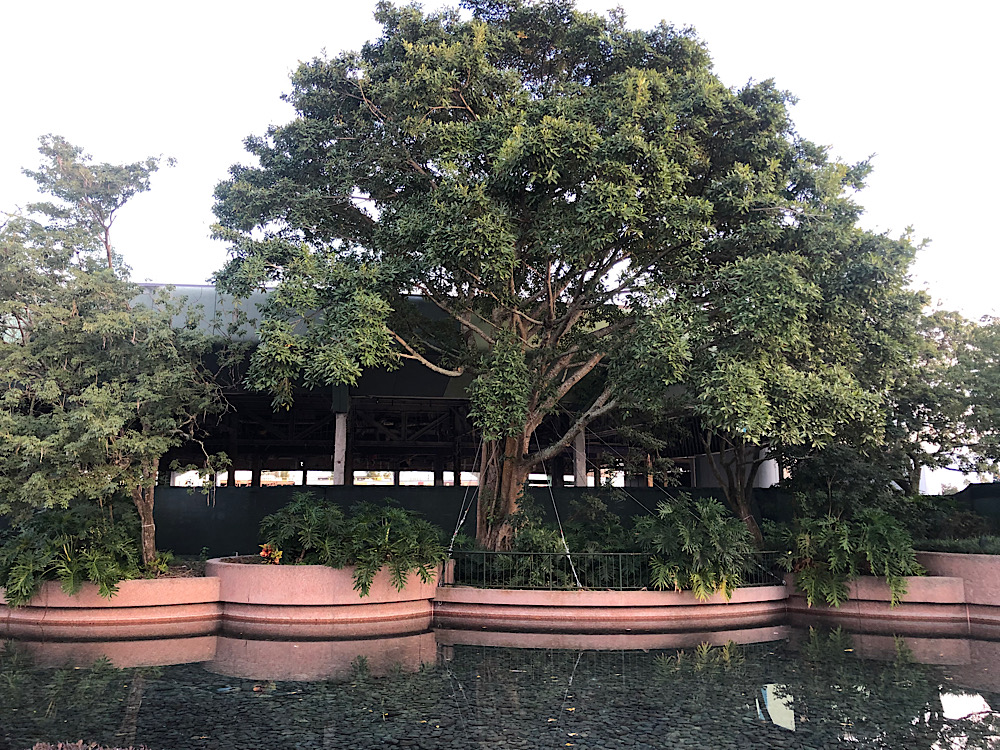 EPCOT’s construction continues, even though some projects may or may not have been removed from the slate of changes coming to the park. Some of the latest changes stopped me in my tracks as I recently walked through Future World West.

The south section of Innoventions West came down quite some time ago as the area began its transformation into Dreamer’s Point and Journey of Water, the latter of which will sit next to the area formerly home to Fountain View. What stopped my progression through the area the other evening was the sight of the north section being completely gutted and standing wide open.

We knew this would happen; change was bound to come, and the building’s days were numbered. But seeing it laid bare this week was jarring, and, as I stood there staring at the empty building, I couldn’t help but get a bit sentimental.

I remember walking into that building as a child just after the park’s opening. The grandeur and energy and futuristic technology that met you as soon as you walked into CommuniCore was magnificent. And I know it’s been quite some time since the offerings inside of that building could be described as magnificent, but there were times spent with my kids doing The Great Piggy Bank Adventure and interacting with the other exhibits as well, and it all just had me a little misty-eyed.

We here at The DIS always want to keep you up-to-date with changes and happenings, and I thought that maybe you’d want to see Innoventions West and the changes that have come to it recently, too.

I’m hoping that I’ll love the Journey of Water exhibit as much as I loved CommuniCore West back in its heyday. Are you looking forward to the changes coming to the park?