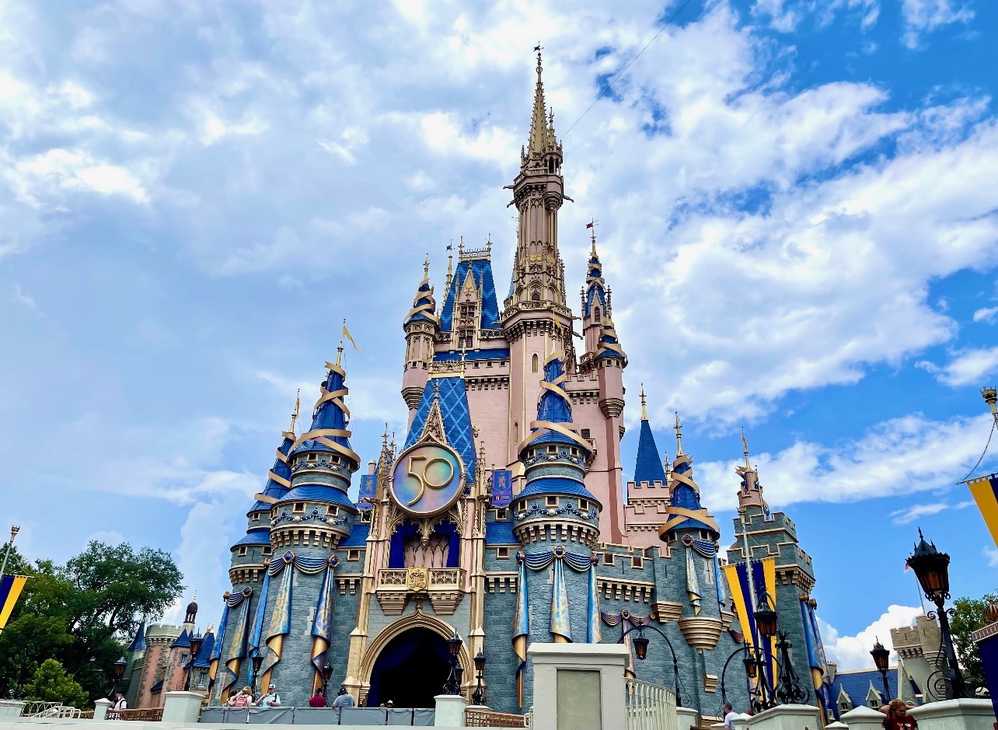 There is another side of parenting on a Disney family vacation. It’s not all Mary Poppins, and it’s filled with things no one tells you or talks about. Parenting is always a challenge, and you might be tempted to think at Disney that you’re the only one at the Happiest Place on Earth whose kids are fighting non-stop, whose partner you’re not seeing eye to eye with, and whose teenagers may have just hit the limit. We aren’t always the perfect prince/princess parent spreading pixie dust on all of our children all the time.

No one will tell you that while on vacation, a kid was sick, or their partner laid in a resort bed all day with a migraine, or that it was their teenager’s time of the month (yes, I said it, perhaps an article should be written about this in and of itself, but I digress). Parenting.

I look back on our Disney memories, and I won’t sugarcoat it with fellow parents: it can be hard to parent on a Disney trip. This is what no one talks about, and no, I’m not here to solve it, I’m not giving you advice. This is just a conversation about what goes on behind that parenting curtain, and it’s not always a Fantasyland.

You and your partner will argue…if you are going on a Disney vacation with a spouse/partner, you won’t always agree on parenting issues and you may even argue, on vacation. Clutch those pearls. Everything from, “Are you really trying to force him on that attraction?,” to “I won’t pay for that Star Wars droid” and “ I told you I was sleeping in today.” Communication can have lapses and weaknesses. You can’t predict every parenting bump in the road to prevent it, but it’s good to know going in that you just won’t always be on the same page. If you’re not, and you won’t be, it’s okay to have disagreements even at Disney; we are all human. Yes, it’s okay to have conflicts!

You pack your problems….your problems aren’t going away on vacation. They follow you wherever you go. Your child’s special needs, disabilities, or bad habits, none of these are disappearing when you step foot on Walt Disney World property. And sometimes, these issues flare up while on vacation, because, for children, routines are disrupted and sensory explosions can trigger an increase in their behavioral issues, even though it’s supposed to be the Happiest Place on Earth. On one particular day in Disneyland, things got so divisive (probably due to jet lag) with all three siblings that I spent the evening in California Adventure Park with one child while my husband went with the other two to Disneyland Park. Best evening we all had, away from each other. And that’s what worked. We just needed some space.

Sometimes space is a good thing. You’re not used to being all together with your children 24/7, so it can be stressful to be in one room, sharing a bed, a bathroom, every meal, and it’s hot. For older children who can be independent and autonomous within park property, it was nice to let them go off on their own at times.

Your children will fight. Siblings fight, tantrums erupt, even on vacation. Remember when you did those long car rides with your brothers and sisters? One time, two of my kids wrestled each other in the Disney’s Animal Kingdom double stroller we rented, so much so that they fell to the cement ground. And I did have to break them up, of course. Sometimes it’s the mom or dad who are having ‘words’ with their children. I’ve had plenty of mom tantrums.

This isn’t your vacation. If you want your vacation, this isn’t it. It’s actually hard work. It’s about deciding which stroller is best (the single, the double, the lightweight single, the one with the canopy, or should we rent?), and whether or not it’s really okay to swim with the kids all day, or if we should break our routines and schedules of naps and bedtime. It’s about what the plan is when they don’t feel well, or I just can’t bathe them tonight because I’m too tired, and exactly how much are we spending on snacks and merchandise, anyway?

You are not the only one. It really feels that way sometimes, but it’s all smoke and mirrors, keeping up with the Joneses mentality. The reality is your Disney vacation is a hot mess with ups and downs, and it can be full of all of those messy memories that you will laugh as a family years later. And yes, I did forget once to pack my son’s underwear when he was little, and yes, one time I did use a spare pair on his head as a sunhat as a baby when I forgot the hat in the room, but it was clean, and there are no pictures to prove it, and I won’t tell you which son it was!

We laugh about these awkward times today, because that’s part of the vacation. What do you think are the more challenging, messy times parenting on a Disney vacation, and were you the one who pushed your crying little one straight into Mickey’s arms? Come on, we all know it was you! Confess, no I mean discuss, please, below!