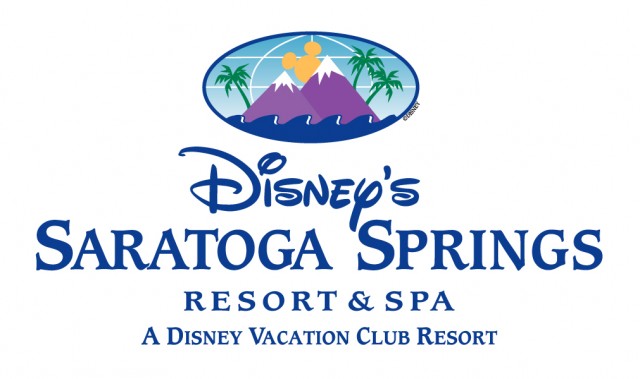 In this article I want to talk about one of the more overlooked resorts on property, Saratoga Springs Resort and Spa. The resort itself is modeled after the grand horse racing culture of up-state New York and delivers on that theme throughout its vast layout. It is quite a large resort but despite its size it is often neglected and many fail to even take it into consideration when deciding where to stay. It might be the fact that the entire resort itself is a Disney Vacation Club property. In fact Saratoga and its big brother, Old Key West Resort, are the only two places that are fully devoted to DVC. My family are DVC members with our home resort being Saratoga Springs. So I am writing this article as part review and part persuasion tool to try and get you to stay here. I recently stayed here in October and while it was my first time in several years I was immediately reminded of why I loved the place so much. From the first time you set foot on property to when you leave you feel fully immersed in the resort experience. The theming is tasteful but subtle enough to be relaxing and inviting. Sometimes the theming of a resort can be so over the top that it is almost over whelming. Not here. Everywhere you look you can see reminders of horse racing but the reminders are calm and well incorporated elements. The lobby itself is large but quaint with warm yellow tones that complement the ample sunlight pouring in through the skylights. The lobby itself is housed in “The Carriage House” which is where you will also find dinning and shopping locations.

The Artist’s Palette is the main quick-service location on property which serves up typical breakfast fare in the morning and sandwiches, flatbreads and other options for lunch and dinner. On one side of the location is a bakery as well as a full service food market and on the other side is a store section where you can find souvenirs and items you might have forgotten back home. While this is the largest place on property to get a quick service meal, you might think it is always packed. While it can get crowded they are very efficient at bringing out your food in a timely manner. The other three quick service locations are all pool bar-based with an average selection of basic sandwiches and snack fare as well as specialty drinks.

The table service dinning location is just behind the Artist’s Palette and is called The Turf Club Bar and Grill. The theming is somewhat old-school steakhouse, but not stuffy or uptight in the least bit. Expect to find steaks, chops and burgers here in the $15-$30 range. I have only eaten here once and while it was not to-die-for, it certainly was good. Many people love to eat here and it is often thought of as a hidden gem.

While this may seem like very few dining options keep in mind that Downtown Disney is only a short walk, bus or boat ride away. There are two walking paths to either end of Downtown Disney on property as well as a boat service that drops you off at the West Side area. The boat dock is located behind the Carriage House. With all the options at Downtown Disney and more locations coming with the arrival of Disney Springs there is certainly something for everyone’s palate. With the chaotic state that Downtown Disney is in right now, being within close proximity is an added advantage and you don’t have to rely on your own transportation. No need to worry about parking or waiting for the bus to get to the restaurant on time. Depending on where you are staying at the resort, your walk to Downtown can be anywhere from 5-30 minutes so plan accordingly.

The resort itself has five different sections with a bus stop at each location. The Springs is the closest to The Carriage House’s main building and the biggest pool at Saratoga. The other remaining sections are The Grandstand, The Carousel, The Paddock and Congress Park, which is the newest addition to the resort. The Grandstand, Paddock and Congress Park also have their own pool areas. Congress Park is closest to the Marketplace path to Downtown Disney whereas The Grandstand and The Carriage House are closest to the West Side walking path. My helpful tip would be to try and get a room in The Grandstand section. It is only about a five-minute walk to The Carriage House but it is the first Bus Stop. With such a large resort it is nice to have a seat guaranteed on the bus and also be able to fit on the bus without having to wait for another. When you get back from the parks you are also the first to exit. With four bus stops after it though, be sure to plan accordingly as it might take awhile to get to your destination.

I think Saratoga Springs is a fantastic and relaxing resort. Many overlook it because it does not have the allure of other Deluxe Villas but for me it is definitely worth staying there. The theming is nice and while the resort is large you never feel like you are terribly far away from where you want to be. I am happy to call this place home and I hope you give it a try next time. 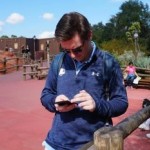