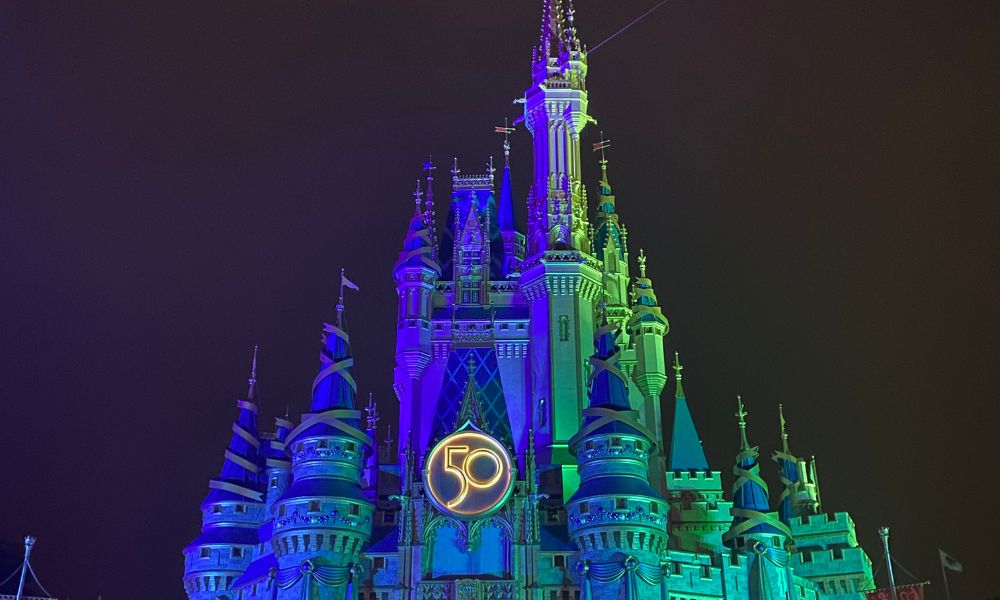 At Mickey’s Not-So-Scary Halloween Party, there are three shows, four if you include the Cadaver Dans singing in Frontierland. In my opinion, I think seeing the entertainment is what makes the ticket worth it because that entertainment is exclusive to the event.

Disney’s Not-So-Spooky Spectacular is the firework show of the evening. Jack Skellington hosts this show. Jack tells us a not-so-scary tale that proves anything can happen at Halloween! While watching the show, Mickey, Minnie, Donald, and Goofy are spirited away to a mysterious haunted house where they encounter dancing skeletons, waltzing ghosts, and a sinister gathering of Disney villains! I love Disney fireworks, and these are fabulous. I think it’s cool that Jack Skellington is the host of the show and that we get to follow Mickey and his friends on this adventure.

Hocus Pocus Villian Spelltacular is one of my must-do shows. This show blew me away. The talent in the cast is just exceptional. Enlisting the help of the Disney villains, the three sisters mix sinister shadows, terrifying nightmares and use the nefarious powers of their frightening colleagues to conjure the ultimate Hocus Pocus Party Potion—and cast a spell on everyone in the Magic Kingdom. If you are a fan of the Hocus Pocus film, you need to fit this show into your schedule. The costuming and makeup are top-tier, and it blows me away.

Mickey’s Boo-To-You Halloween Parade is the best seasonal parade at Walt Disney World. I enjoy the Christmas Party more than the Halloween Party, but this parade is the best. The song is infectious and will be stuck in your head the rest of the night, but it’s worth it. Getting to see villains, gravediggers and other rare characters is what makes this parade worth it. The best part is that this parade happens twice during the party. I highly recommend camping out to get a spot to watch the parade. The best places to watch are in Frontierland, where its starts, Main Street USA, and in front of the castle.

If you told me, “Erica, I only have time to see one of the entertainment offerings, which one should I make time for?” my answer would be Mickey’s Boo-To-You Halloween Parade. I listen to that parade soundtrack year round. That’s how good it is.

What is your favorite entertainment offering at MNSSHP?