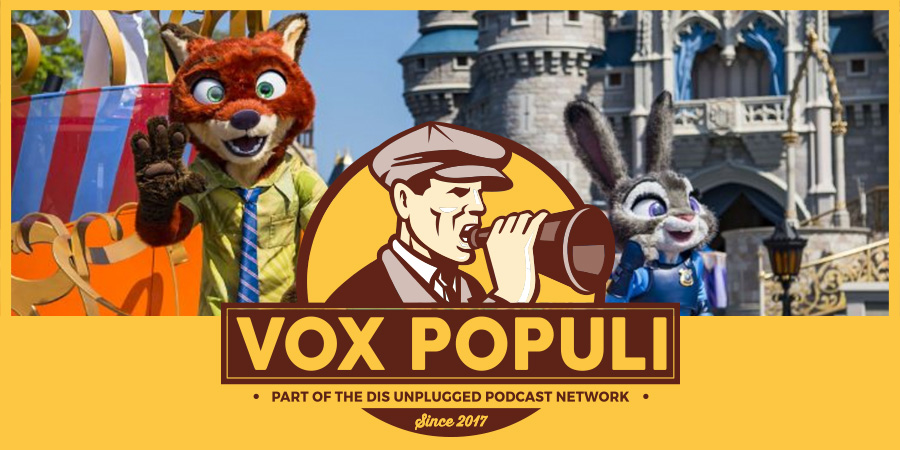 There have been a lot of rumors swirling around this past week regarding different forms of entertainment at Walt Disney World either being cut back, retired, or moved to seasonal.

One of the rumors is that the Move it! Shake It! Dance and Play It! street party at Magic Kingdom is coming to an end and being replaced with some sort of Mickey-themed entertainment. While that first part could be true, we are not reporting it as news due to not being able to confirm it with Disney on an official level.

Instead, we thought we’d share some of what’s being said on the thread titled, “Move it! Shake It! Dance and Play It! To End” on DISboards.com.

Poster, ‘johnnyr‘ who started the thread feels that “…the Disney company seems to be all about cutting out the Disney touch and raising prices to raise profits.” He goes on further to add, “I’ve been a shareholder and AP holder for over 20 years and am very disappointed every time I see them cut or discontinue something that sets them apart from everyone else. They haven’t been replacing their cuts with anything. Writing letters, emailing, and calling does nothing. We are expected to accept their less for more strategies.”

There also seems to be some discrepancy online as to when the street party might have its final performance as poster ‘FastPasser.‘ says, “There seems to be a disagreement on when it will end. Some sites are saying Dec 1st and some are saying Oct 6th. MDE (My Disney Experience) and the internal calendar are both showing Oct 6th.”

One poster, ‘IanDLBZF from MCMagic‘, claims that “CMs (cast members) were told 12/1 [is the final operation date]. So, therefore, it is ending on December 1.”

Another confusing factor in all of this is that Disney has not yet released the October and November entertainment schedules. This has been causing confusion and leaving folks wondering if all the entertainment is just disappearing. It’s not.

Another interesting theory that was posted by ‘Future_WorldPhonencian‘ is, “I commiserate with people that feel like Disney is removing things and not replacing them, but I think that the resort is trying to ‘spread’ the crowds around the entire resort.” They could really be onto something here because one of the biggest complaints we hear about are the crowds and wait times.

‘MonorailMom‘ says, “This is one of my favorite little ‘happy moments’ in the Magic Kingdom. Last year for Christmas, my kids made me a video montage of all our past trips set to the “Party Up” song from this! I now have that song on my Disney playlist. 🙂 I am really, really, hoping they are just re-working it a little as they have done a couple of times now, maybe with new song choices or something. (come on Disney, I’m still not over losing the Welcome Show, don’t take my Move It Shake It!!!!!)”

Poster ‘Delirium‘ shared their plea with Disney, “Note to Disney: Your parks have always been so much more than just rides. So, while we are grateful for all the new attractions/lands that you are creating, we are extremely saddened that you are consistently taking away many of the little things that made Disney special. If you ever totally lose that ‘magic’, then you are just another theme park. And, I’m afraid that you are headed down that path.”

What are your feelings on the Move it! Shake It! Dance and Play It! street party being changed or coming to an end? Let us know in the comments or join the conversation in the thread or on our Facebook page.