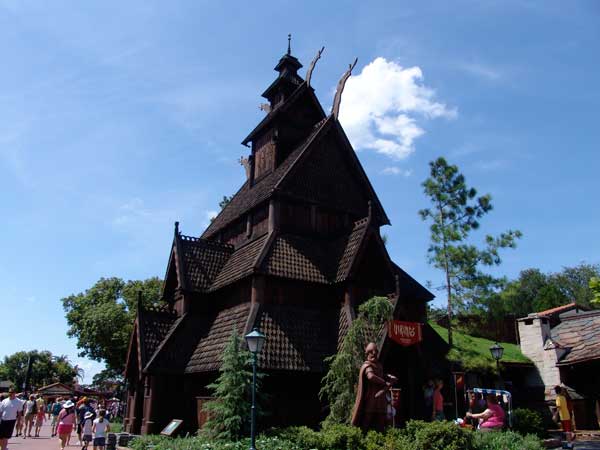 The area of Norway resembles a Norwegian town square with its cobble stone courtyard and a replica of a 14th century fortress found in Oslo. A stave church mimics 13th Century medieval craftsmanship.

Norway is home to a meet and greet location for Anna and Elsa, the royal sisters from the hit animated film, Frozen. Guests can also explore 'Gods of the Vikings,' a gallery exhibit that showcases the Norse gods and goddeses that Scandinavian Vikings celebrated in their day, along with authentic viking artifacts and popular Viking gods like Thor, Odin, Loki, and Freyja. 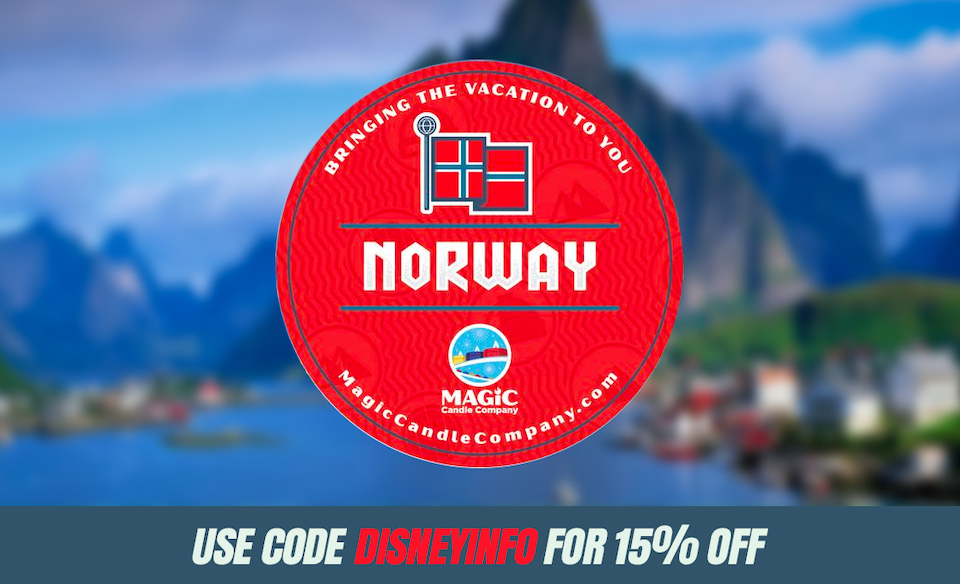 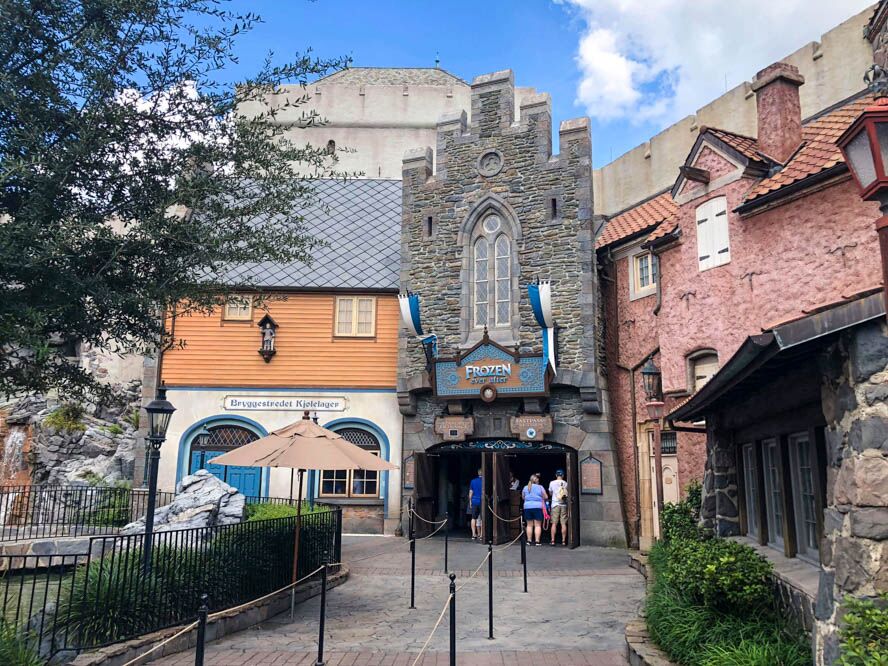 The logs guests rode in on Maelstrom still follow the same path, but the story of the ride has changed. Guests visit the "Winter in Summer" festival that "takes place in summer, when residents of Arendelle apparently celebrate their favorite season of the year in the midst of its polar opposite.”

Wandering Oaken’s Trading Post is in the queue, so guests waiting in line hear Oaken call “yoo-hoo!” and clear steam from his sauna’s windows.

Olaf and Sven are in the first part of the ride, setting things up for the Winter Festival. Grandpappy Troll is waiting in Troll Valley to tell the story of how Anna and Kristof met; the logs then go up a ramp to see Olaf singing while ice skating alongside Anna, Kristof, and Sven.

Doors open to bring guests to Elsa singing “Let It Go” on the balcony of her ice palace. Simulated snow flies around the room. 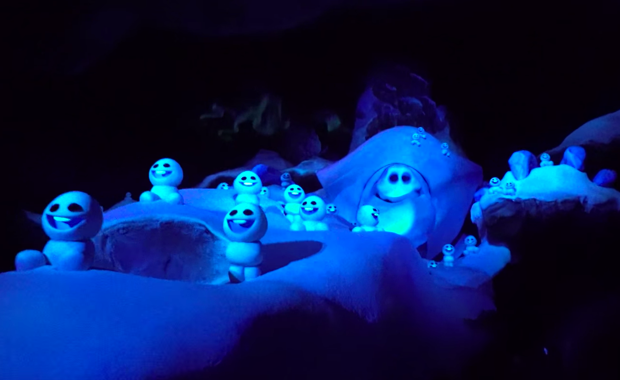 Marshmallow, the snowman Elsa created, is featured along with the Snowgies from the Frozen Fever short. The final scene has fireworks and a goodbye from all the characters.

Meet Anna and Elsa in the Royal Sommerhus 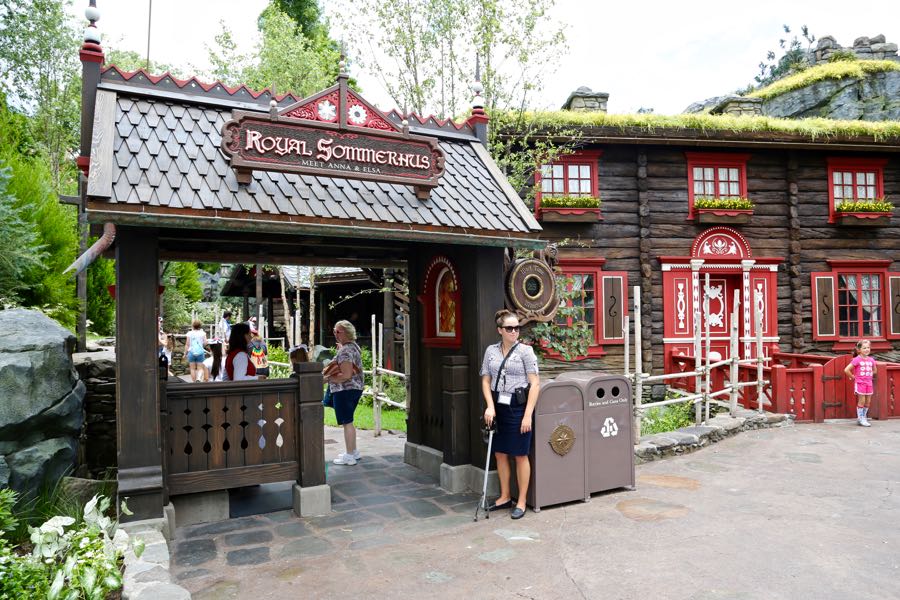 The cabin is based on an actual historic log cabin in Norway and represents a royal retreat cabin. The royal families in Norway typically have a cabin away from the castle where they go in the summer to get away from the pressures of royal life and to unwind and relax. The Royal Sommerhus belongs to Anna and Elsa’s family and is filled with artifacts and elements from their childhood and the summers they spent away there with their family. The cabin is now open for all of the kingdom’s subjects to enjoy.

The rest of the pavilion is full of greenery and a cozy, intimate space, with a perpetual summer, happy feel happening there.

Rune stones, a traditional Norwegian type of carving, were taken from the now-closed Maelstrom attraction to be used in the décor of the new pavilion area.

As of the release of Disney's Frozen 2, Anna and Elsa are in their new costumes from that film. 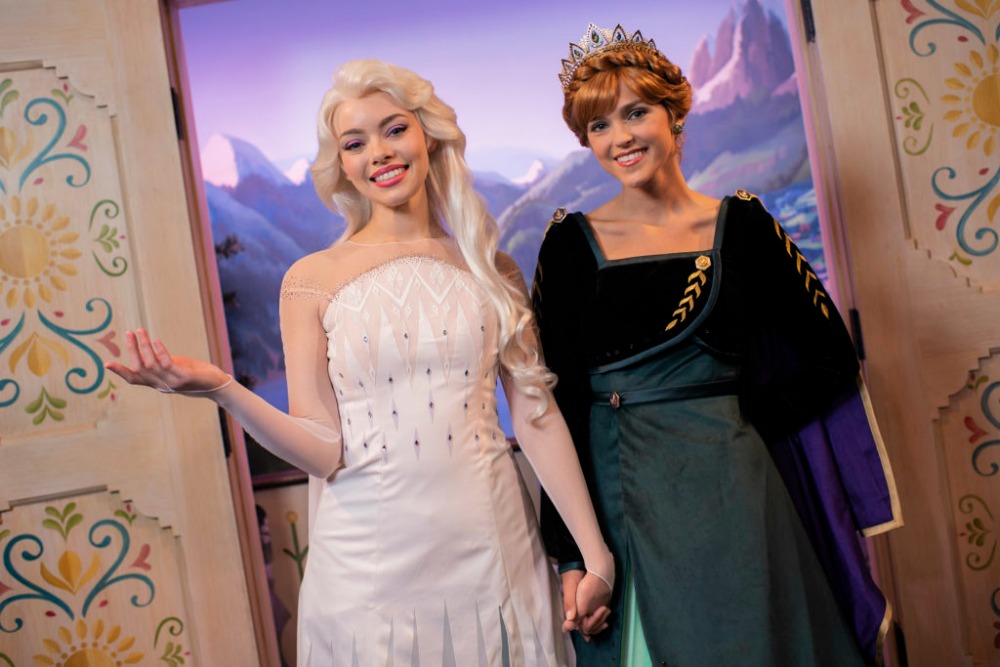 Akershus, there's 'Princess Storybook Dining' for Breakfast, Lunch, and Dinner. If you forgot your tiara, there's a limited variety of Disney Princess merchandise for sale nearby.

Be sure you make a dining reservation and be prepared to wait. It's rare to walk past this venue and not see a lot of little princesses (and princes) waiting to be seated. 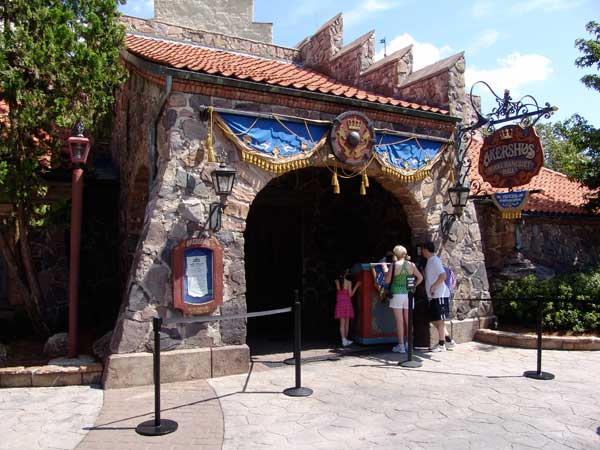 Outdoors, under shade, the Kringla Bakeri og Kafe serves open-faced sandwiches and pastries such as the specialty Kringles (candied pretzels) and the delicious Lefses (thin potato bread rolled with a cinnamon, sugar, & butter filling). This is also where you can find the popular "School Bread" treat. Specialty coffees are available. 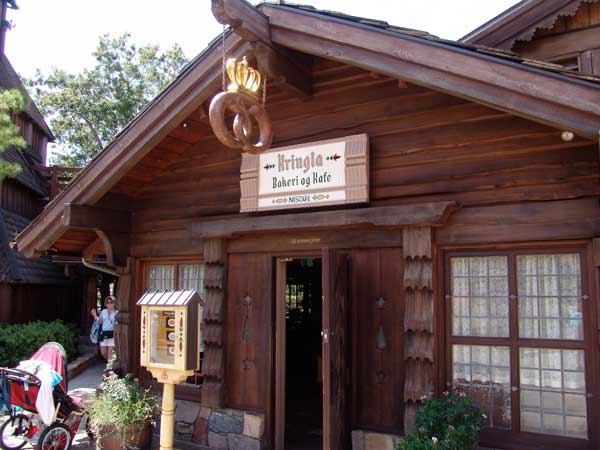 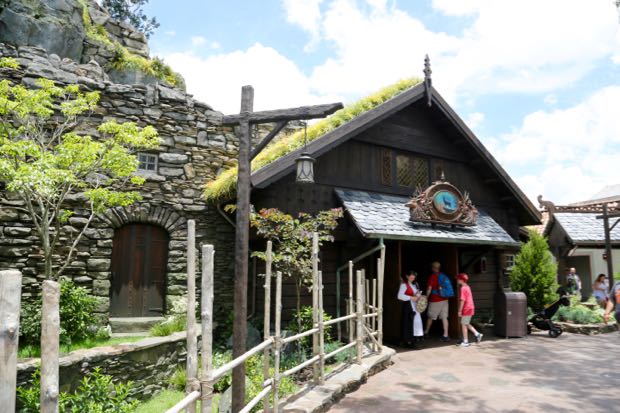 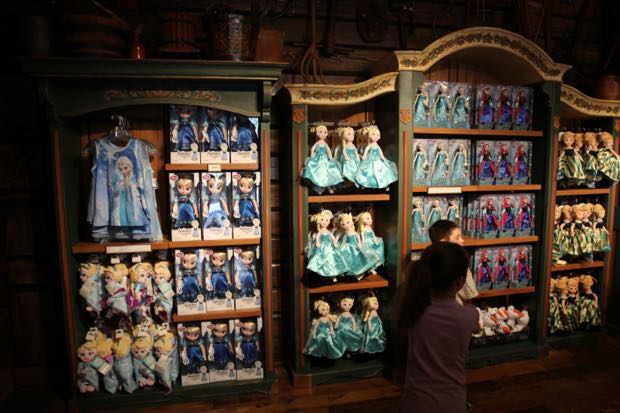 Curios and Collectibles is the main shop located in the Norway pavilion. You will find a large selection of books on trolls, Vikings, Scandinavian cuisine, Norwegian Proverbs, and Hans Christian Andersen’s Fairy Tales. If tasting some of the local snacks is more your style, check out the chocolate, Swedish preserves, and Nordic sweets. This shop offers an extensive collection of sterling silver jewelry, including, OpRo Designs, Hilde Fostveit, and Hasla. The Norwegian scents sold here for men and women are Geir: The Power of Norway and Laila: The essence of Norway. They offer Norwegian trolls in all shapes and sizes, Konge Tinn Royal pewter, Linie Aquavit, and Tommeliten Knives. The clothing for men, women, and children are made by Dale of Norway and Helly Hansen. 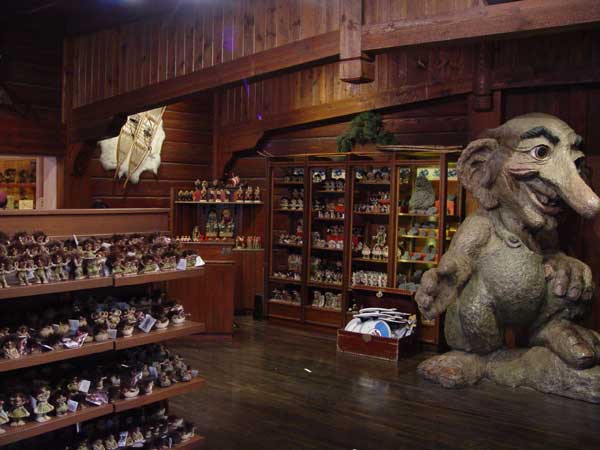 This ride was converted to Frozen Ever After, which opened June 21, 2016.

Maelstrom used a 16 passenger Viking-style boat that took guests through a 10th century Viking village and a mythical forest where they'd encounter trolls who cast a curse on the boats. From there, the boat started going backwards before it reached a waterfall and again changes course. (You used to be able to look up at the building and see where the boats stopped and headed forward, but you can no longer see in there as it's been closed up.)

Next you passed a grand fjord and continued on through a storm by a North Sea oil rig. You exited your boat in a quaint Norwegian village setting which was a holding area that opened onto a theater where a film about Norway was shown. 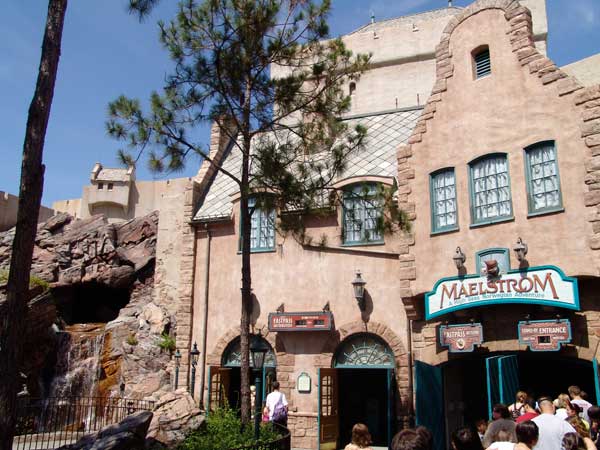