Encompassing the Magic Kingdom, Disney Springs, and EPCOT resorts, Walt Disney World has one of the largest navies in the world. The Magic Kingdom, Disney Springs, and Epcot each have their own types of boats running various routes. Disney water transportation is by its very nature a bit slower than a bus/car. Still, it is unique and distinctly Disney. Just give yourself a bit of extra time when using it, sit back and enjoy your voyage. 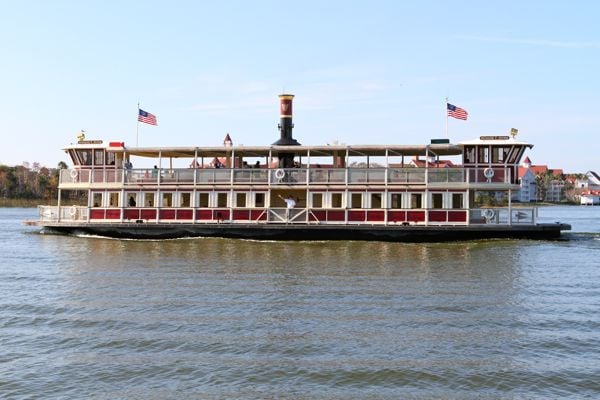 Closing: The ferries operate until 1.5-hours after park closing, including Extra Magic Hours.

Capacity and Schedule:  The capacity of each ferryboat is 600 guests and 3 crew members. During opening and closing, all 3 ferries operate. During daytime and late night operation, 2 ferries operate with wait times between 10 and 20 minutes in most cases. 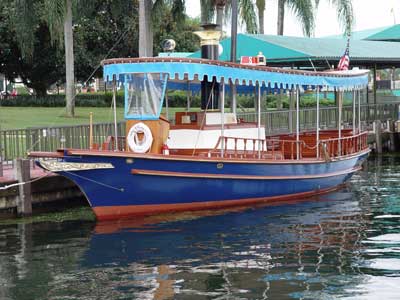 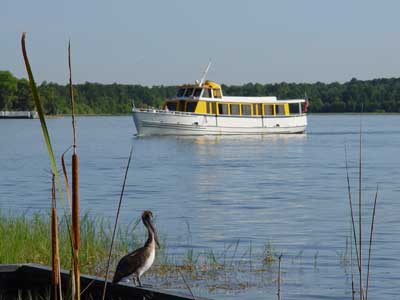 Routes:  There are 4 routes available in the Magic Kingdom area, each designated by a colored flag. Each route operates 30 min prior to park opening including Extra Magic hours until 1.5 hours after park close. The boats may cease operation due to inclement weather. If there is lightning in the area, launches are shut down and boats are shuffled. Expect longer than normal wait times on all 4 routes.

TIP: The Green Route is one of the most scenic routes to take. If you're looking for something to kill time, take this route to the campground and back. Look for the bear face built into Disney's Wilderness Lodge, and remember times past (or learn about them) as you pass the closed Discovery Island attraction and River Country Water Park. Interested in Disney Cast Member traditions? Near River Country, you can spot a tree with white shoes in it. It's a tradition for watercraft pilots to throw their shoes in the tree when retiring.

When using the Friendship Boats, plan on a leisurely (s-l-o-w) voyage to your destination. Walking is often faster but after a long day at the parks, a nice, relaxing boat trip can be a welcome change of pace.

The Boardwalk, Beach Club, Yacht Club, Dolphin and Swan Resorts exclusively use water transportation on Crescent Lake to get to both Epcot and Disney's Hollywood Studios.

The last departure for Friendship boat service from Epcot will be at 9:30 p.m. nightly. After that time, guests may use the pedestrian walkway or bus service to and from Epcot.


TIP: The wait for Disney's Hollywood Studios boat can be daunting, especially when the park has just closed, the line is a mile long, and no boat's in sight. There's a very nice walking path to the resorts that you can use instead. 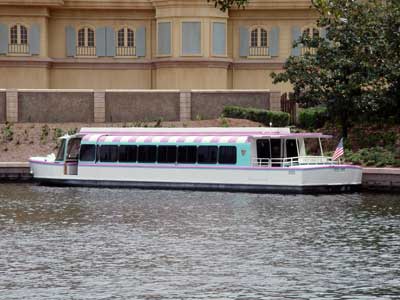 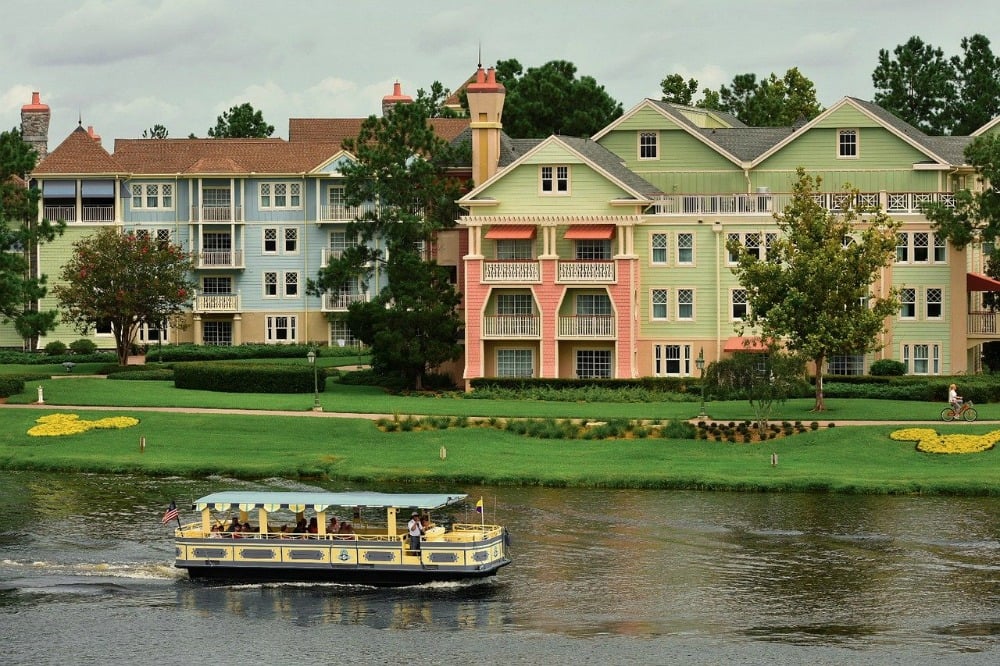 Image by EDUARDO ROMERO from Pixabay