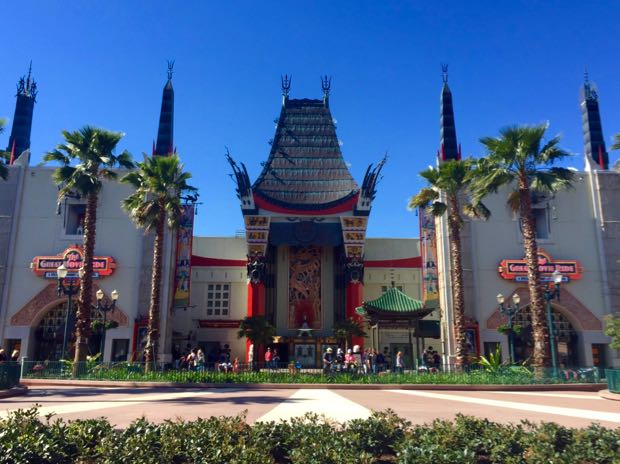 When Disney's Hollywood Studios opened on May 1, 1989, chairman Michael Eisner declared "Welcome to the Hollywood that never was and always will be." Sounds great, doesn't it? Here's what he should have said: "Welcome to the theme park that Disney slapped together the minute Universal Studios announced plans for a park in Florida."  They did beat out Universal which opened in 1990, but then-Disney MGM Studios was sorely lacking in attractions and was far from a full day park.

At the time, the only attractions were the Great Movie Ride, The Backlot Tour (which was the Backstage Studio Tour), Magic of Disney Animation and the Monster Sound Show (which later morphed into Sounds Dangerous). (Indiana Jones Stunt Spectacular was still a work in progress and didn't open until August.) Yessiree, it was a thrill a minute with all of 4 attractions. They did have an evening fireworks show "Sorcery in the Sky" which debuted a year later. By then Star Tours had opened.

Over the years, attractions and shows have come and gone. It wasn't until Sunset Boulevard opened in 1994 featuring Twilight Zone Tower of Terror that Disney's Hollywood Studios finally started to come into its own. This section is also home to Rock 'n' Roller Coaster which opened in 1999. Pixar Place's Toy Story Mania! is one of the best (and busiest) attractions in Walt Disney World.

One great show that has survived since 1991 is the Beauty and the Beast stage show. Unfortunately, the equally wonderful Hunchback of Notre Dame stage show did not last.

Disney's Hollywood Studios is a mixed bag when it comes to attractions for little kids. There's the Voyage of the Little Mermaid, Disney Junior - Live On Stage, Jim Henson's Muppet Vision 3-D. There are also a ton of character meet and greets. On the flip side, the length of most of the shows and attractions will make some kids (including those over 21) start to squirm in their seats.

Speaking of which, Disney's Hollywood Studio's Fantasmic! is based on the super popular Disneyland show. Unfortunately, the show at Disney's Hollywood Studios is not identical to the Disneyland version. If you've never seen the one in California, you'll probably think it is fantastic. For those of us who have seen both, I won't spoil it but, in comparison, you wish they left it alone.

In 2005, they added the Lights, Camera, Action! Extreme Stunt Show from Disneyland Paris, but that attraction has been retired as the park prepares for its largest expansion to date with the addition of Star Wars: Galaxy's Edge and Toy Story Land.

One thing that's consistently noteworthy at Disney's Hollywood Studios are the great restaurants. The Hollywood Brown Derby is a detailed replica of its legendary namesake and is fantastic. At the 50's Prime Time Cafe, you're back at "Mom's" (if you grew up in the 50's), with black and white TV's showing highlights of sitcoms from that era. Be prepared as they do give you a hard time if you don't eat all of your veggies or put your elbows on the table. It's all part of the shtick. If you don't like that sort of thing, you may want to go elsewhere.

At the Sci-Fi Dine-In Theater, you're seated in convertibles watching clips of some pretty cheesy horror flicks. Then there's Mama Melrose's Ristorante. Just walking in and getting a whiff of the wood-fired pizza oven makes you hungry. Hollywood and Vine is a buffet with a character breakfast and lunch. As always, the usual assortment of counter service restaurants are everywhere.

There you have it. A little history of Disney's Hollywood Studios from its less than stellar opening to the theme park of today. In this case, it didn't start with a Mouse but with a rival studio opening a theme park just a few miles from Mickey's door.

In the first ever Mickey and Minnie themed attraction guests will jump through a simulated movie screen in find themselves in the middle of a Mickey Mouse film! This attraction features brand new technology that Disney is calling "2 and  1/2 D." Apparently it feels like 3D, but requires no 3D glasses. Aboard Goofy’s train, guests will experience a “zany out-of-control adventure.” 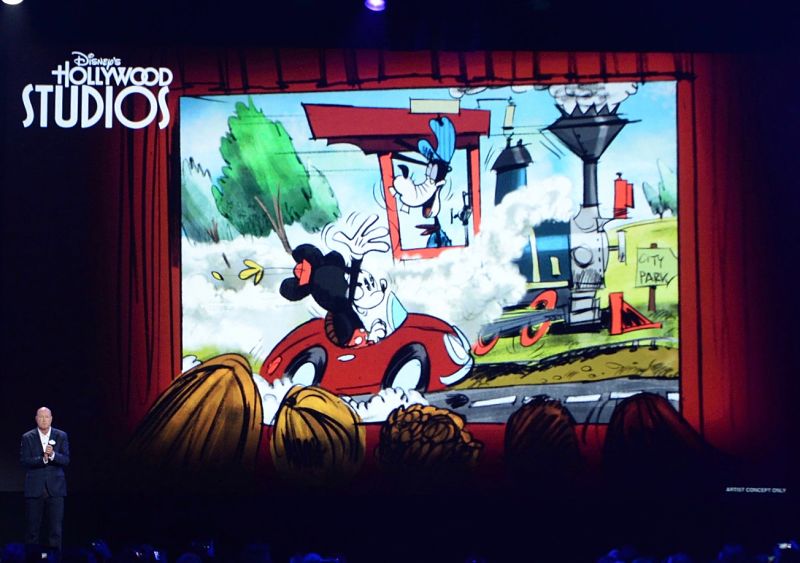 A family-friendly roller coaster will “zip and zoom, plunge and coast as it takes guests on a thrilling, toy-filling adventure throughout the new land on the back of Slinky Dog.” According to Imagineer Kathy Mangum the track was built by Andy in his backyard using a Mega Coaster Play Kit! 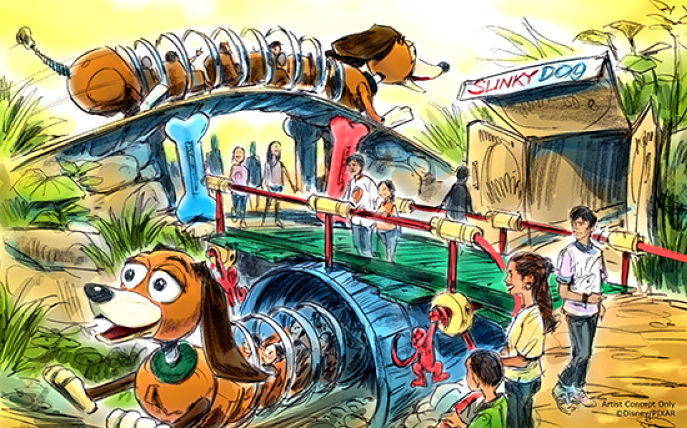 This attraction features the little green aliens from the claw machine in Pizza Planet. The ride takes guests “around for a spin in their very own flying saucers.” 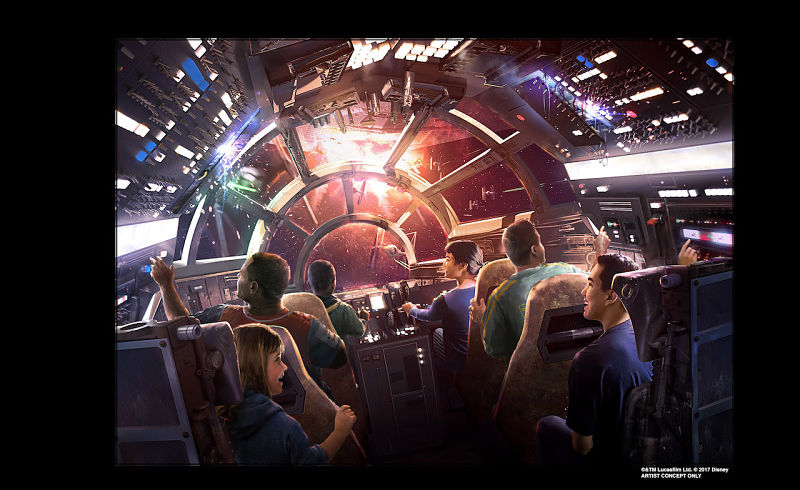 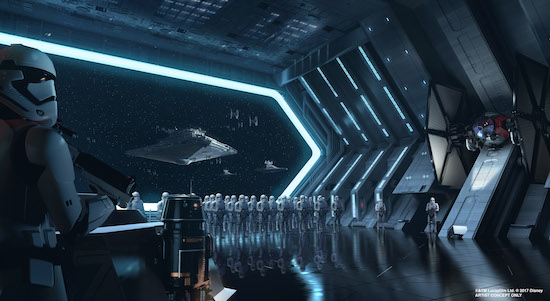 Visit our DIScussion Forums - The Largest Disney community on the net!!

This site is not affiliated in any way with the Walt Disney Company or any of its affiliates or subsidiaries.
This site and the information contained therein represent the opinion of the webmaster.