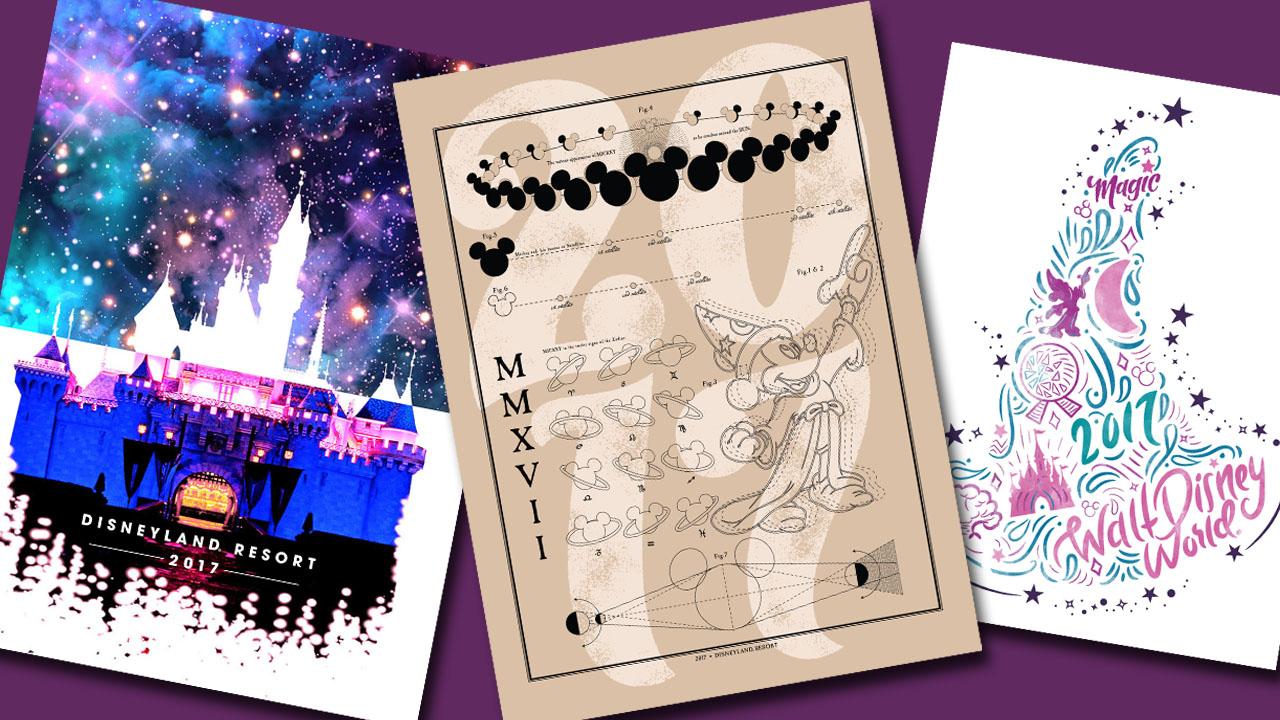 It’s just about time to flip our calendars to a whole new year and as Disney Parks reveals bits and pieces of their new line of merchandise for 2017, I’m getting more anxious to see it up close and personal. With quotes like, “See what a little magic can do” on some of the most popular items, well, magic is my favorite after all, so you could say that I’m a bit excited.

The artists from the Disney Design Group were reportedly inspired when they saw the nighttime skies at Disney Parks and they used that inspiration to create this year’s cosmic-themed artwork. The one on the bottom-right might just be my favorite! Guests are in for a real treat with “patterns and colors reminiscent of distant galaxies mixed with whimsical constellations featuring Disney characters. Mickey Mouse as the Sorcerer’s Apprentice from Walt Disney’s ‘Fantasia’ is a key Disney character found throughout the art.”

You’ll notice elements from the whimsical constellations in these items below too. They’re so different from any of the annual dated merchandise I’ve seen in the past. For the men in your life, the merchandise will come in more natural earthtones with designs inspired by the moon calendar. Here’s a look at some of the photo albums, toys, and pins you can expect to see at select merchandise locations throughout the Parks as well as the Shop Disney Parks mobile app. What do you think of the new designs? Do you have a favorite? Let us know in the comments below!