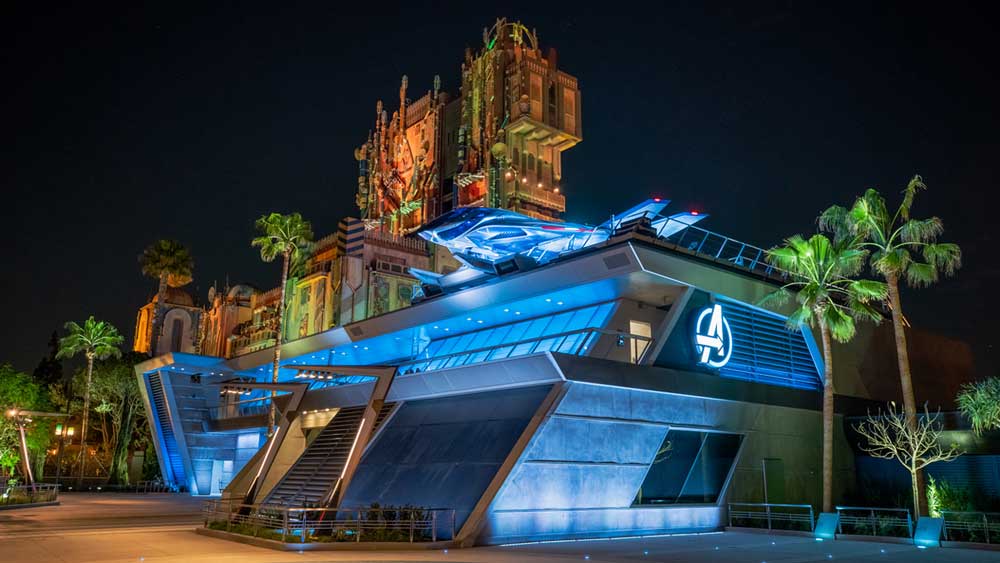 WEB SLINGERS: A Spider-Man Adventure, the first ride-through Spider-Man-based Disney attraction, will feature Tom Holland in the titular role as guests are invited to try out their web-slinging techniques.

PYM Test Kitchen “is a food innovation science lab where the food and drinks tell a story.” Hank Pym’s PYM Particle technology will play a role in the dining location’s offerings, and will have something for everyone, from sweets to small bites to PYM Particle-infused adult beverages.

One offering on the menu will be an Impossible™ plant-based dish featuring large and micro meatballs with pasta.

If grab-and-go Shawarma is more your speed, you’ll be able to swing by the Shawarma Palace food cart. Taneleer Tivan’s Terran Treats will offer an eclectic array of bites for terrans (humans) of all ages.

Throughout Avengers Campus, Super Heroes will come to life in more exciting ways than ever. You may have heroic encounters with Iron Man, Captain Marvel, Black Panther, the Dora Milaje, Black Widow, Ant-Man and The Wasp, the Guardians of the Galaxy, Thor and even villains like Loki, some of whom are making their first appearances at the park.

In an interactive ancient sanctum, Doctor Strange will teach guests the mystic arts.

If you have the chance to visit Avengers Campus, be sure to keep your head up as you might just catch a glimpse at Spider-Man himself gliding through the air.

Of course, what would a Disney park area be without merchandise locations? Guests will find a wide array of Marvel merchandise at both WEB Suppliers and Campus Supply Pod. If you’re looking to get your hands on a Spider-Bot, head to WEB suppliers. Campus Supply Pod will offer Avengers Campus apparel, headwear, drinkware and more.

Get a sneak peek of the Avengers Campus fun below: