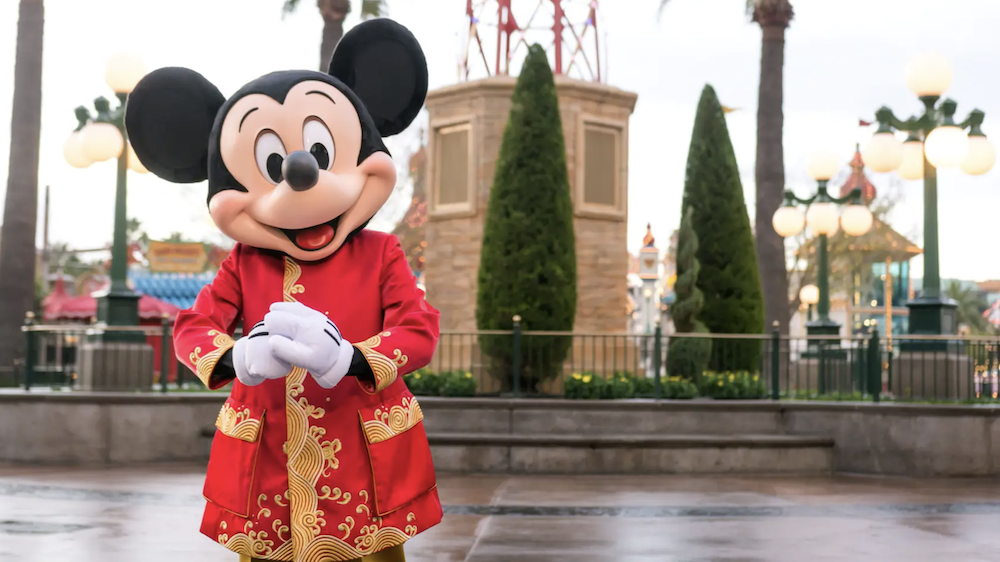 Just a few weeks ago, I was sifting through all of the new Disney merch, admiring the Lunar New Year additions, when I started to wonder about what celebrations Disney had in store. Admittedly, this isn’t my usual time of year to be visiting, so I didn’t know off-hand what the typical festival looked like on either coast. Here in Sydney, there is quite a significant event that spreads right across the city with statues, entertainment, food, lanterns, and more; I just assumed that Disney would have something to offer in a similar style.

First up came Disneyland, with a festival running from January 21st through till February 13th at Disney California Adventure park. As per Disneyland themselves, the festivities, highlighting traditions from Chinese, Vietnamese, and Korean culture include:

They’ve got strings of lanterns, a wishing well, and delectable treats waiting for you to ring in the Year of the Tiger. Even Raya is expected to make her Lunar New Year debut in the Redwood Creek Challenge Trail. All of this is available to anyone with a valid ticket and park reservation for the same day. None of this separately ticketed event nonsense that has become the custom at Walt Disney World — we will get to that one next week.

Naturally, I looked to Walt Disney World next to see what they had in store for such an occasion, and I was stunned to see the answer was… nothing. How could that be? In a place where they will celebrate anything just for the sake of it, for extended periods of time (18-month 50th Anniversary celebration, I’m looking at you), how could there be no celebration for this cultural festival? Disney, you have the perfect opportunity in Epcot’s China pavilion in Epcot’s World Showcase and the Asia section of Disney’s Animal Kingdom; how hard would it have been to throw a little something special together?

Given that there is already a Disneyland in Shanghai, China, that has been operating for almost six years, they already have the experience of celebrating this festival — which you can imagine has been quite extravagant in past years — and the culture in general. Overall it seems like a missed opportunity to me, especially in those areas themed towards this same part of the world. I wanted to see dumplings and pho, traditional dances, and Chinese dragons flying. Even a mini fireworks display opening for Harmonious or celebratory parade through Asia on February 1st (the official start of the Lunar New Year). Something?

Like it or not, some of you might be thinking that this simply isn’t the market to celebrate this event, but isn’t that what Disney is all about? Opening you up to new experiences and different parts of the world? In particular, Animal Kingdom and World Showcase’s creative essence was to bring you out of your daily life and show you another way of living with music and cuisine, new customs, and heritage that might not be explored any other way.

Despite some of the comments last week accusing me of being on Disney’s payroll, I actually don’t agree with everything they do –or don’t do in this case. I usually prefer to take a more optimistic approach to what I write. So, in the interest of keeping this headed in a positive direction, here are some suggestions of things you can do to bring a piece of the festival home with you.

Start with the story of Lunar New Year; there are many great videos on YouTube if you aren’t familiar with them already. While you are there, don’t forget to check out some of the footage from the other Disney parks in the last few years to enjoy food suggestions, parades, and more.

If you are looking for a Disney-inspired recipe for the occasion, try the Lo Hei with Sesame and Chili-Soy Sauces from Hong Kong Disneyland by clicking here. While you wait for your meal, get the family to try their hands at some calligraphy using Chinese characters. Like, 农历新年 – I hope I got that right!

Let me know your thoughts. Would you like to see more elements of the Lunar New Year incorporated into the key areas of Walt Disney World parks like the Epcot China pavilion and the Asia land in Animal Kingdom, if not further spread again?

If you are celebrating the Year of the Tiger to come, I hope you have a wonderful time with friends and family. If you are close enough to visit Disney California Adventure park, definitely check out the action there as well.