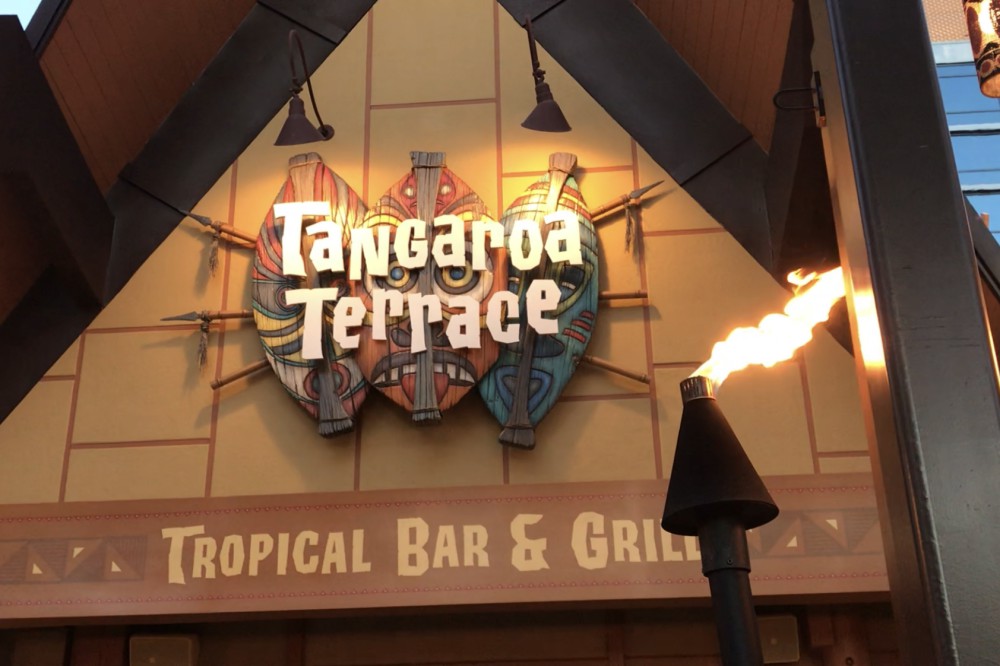 Tangaroa Terrace Tropical Bar & Grill at the Disneyland Hotel reopened last month with a brand new menu. Since I enjoyed my breakfast there a couple weeks ago, I figured it was time to try it for lunch.

With everything that’s been added, and only one (albeit large) stomach, lunch turned into lunch AND dinner…with two items each time.

For lunch, I chose one item for you and one item for me. I really wanted to try the Kalua-style Poutine [$12.00], so that had to be first on the list. I also ordered the Fried Spam Musubi [$11.00] because it was out of my comfort zone and also a somewhat-signature dish. 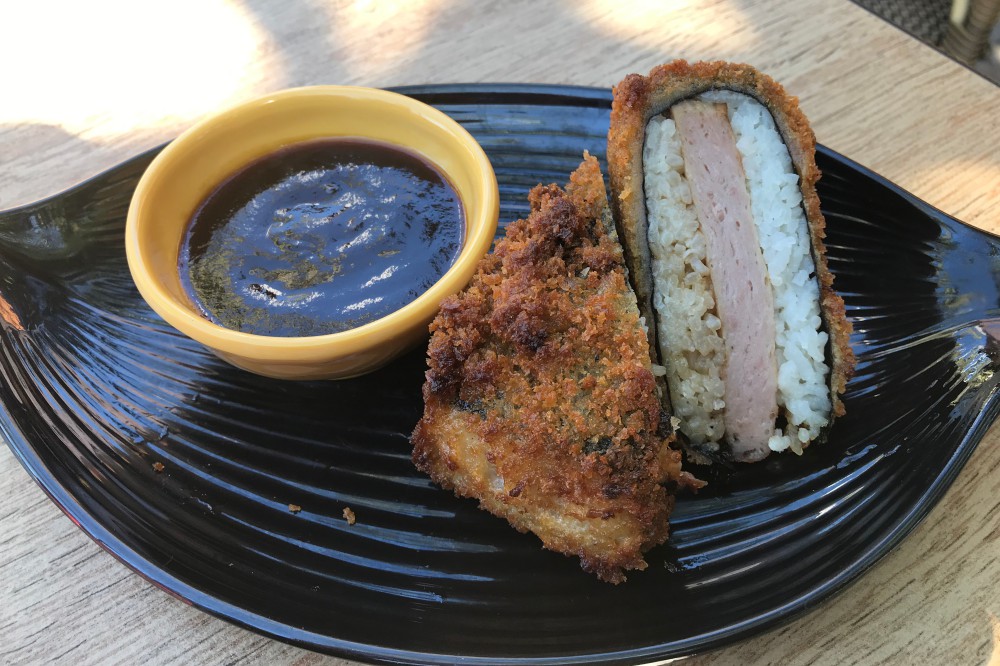 The Musubi was served with a teriyaki sauce that seemed very, very thick. The Musubi itself was very crispy, with a coating that resembled the Panko-Crusted Long Beans [$9.00]. I don’t typically order sushi, nor have I eaten Spam in my adult memory, so the flavors were not at all familiar to me.

I enjoyed the crunch of the Musubi, but really didn’t taste much other than the coating. I didn’t hate it, but I didn’t enjoy it all that much either. It also seemed like a rather small portion for the price, considering that it was…um…Spam. 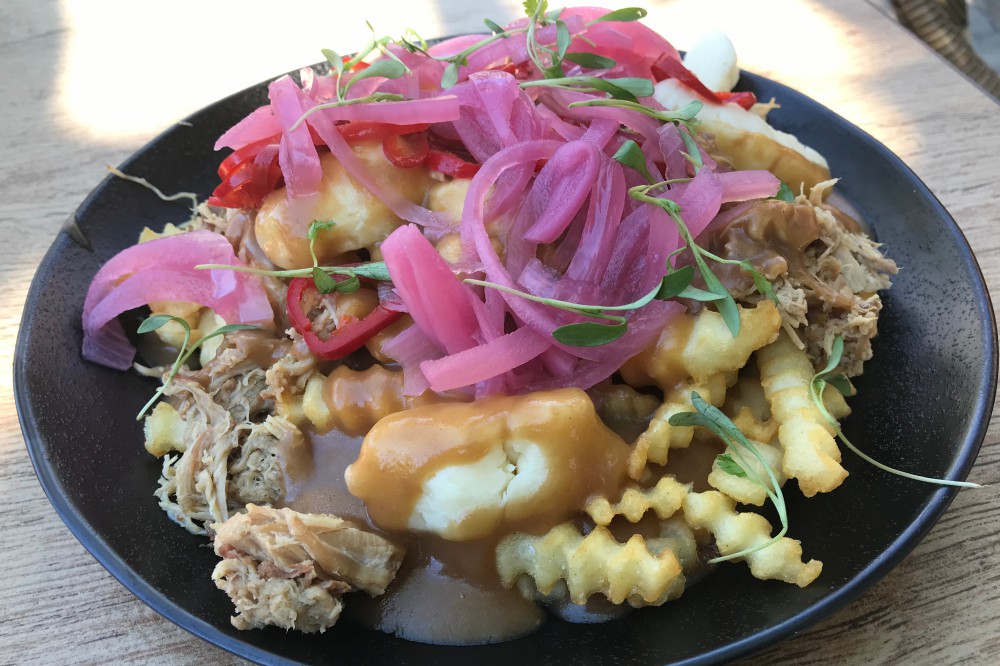 I’m a big fan of both crinkle fries and brown gravy, so they could’ve combined anything else with those two items and I probably would’ve enjoyed it.

The pork was tender, the crinkle fries were crispy, and the brown gravy was nicely seasoned. I don’t enjoy cilantro, so I avoided that. I also thought that they were a little heavy on the onions and chilis. I ate what onions I wanted, and it didn’t affect the rest of the dish, but the chilis, even when picked off, left a nice heat to the dish.

I kind of enjoyed the heat, but might order the chilis on the side the next time so that I can control it better. Yes. There will be a next time for the poutine. 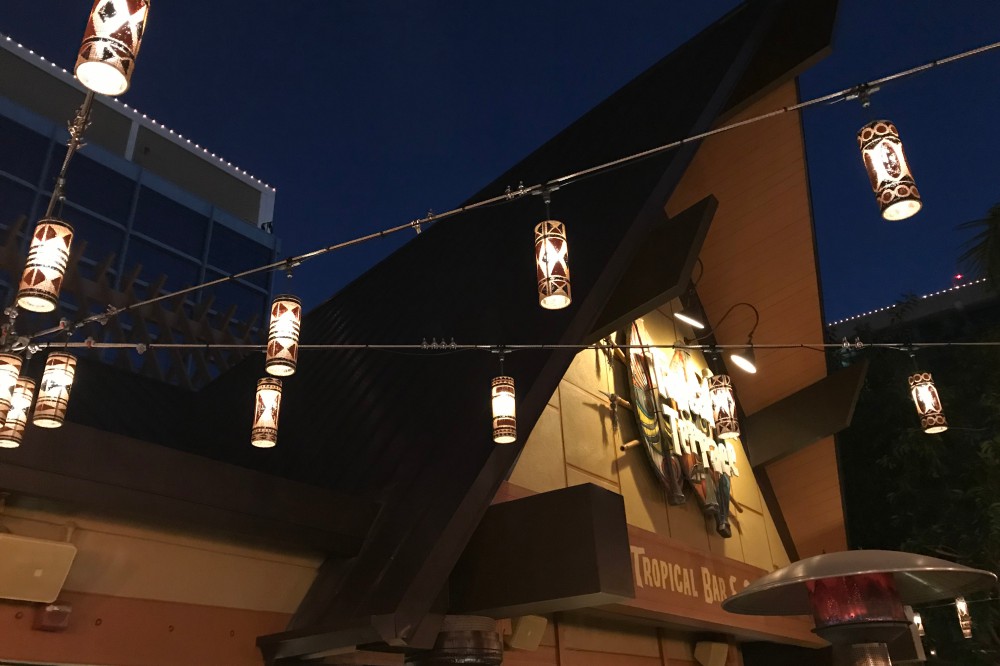 A few hours (and a nap) later, I returned to Tangaroa Terrace for dinner. Again, I wanted to get something on the menu that was new or unfamiliar.

I decided on the Shipwreck Nachos [$14.00] because they seemed liked the were another “signature” item. With that, I also ordered the Tangaroa Salad [$13.00] because it was lighter and contained the only seafood on the menu.

The salad was made with sauteed shrimp and, according to the menu, a “blend of Romaine Lettuce, Radicchio and Arugula, tossed in Tropical Vinaigrette.” 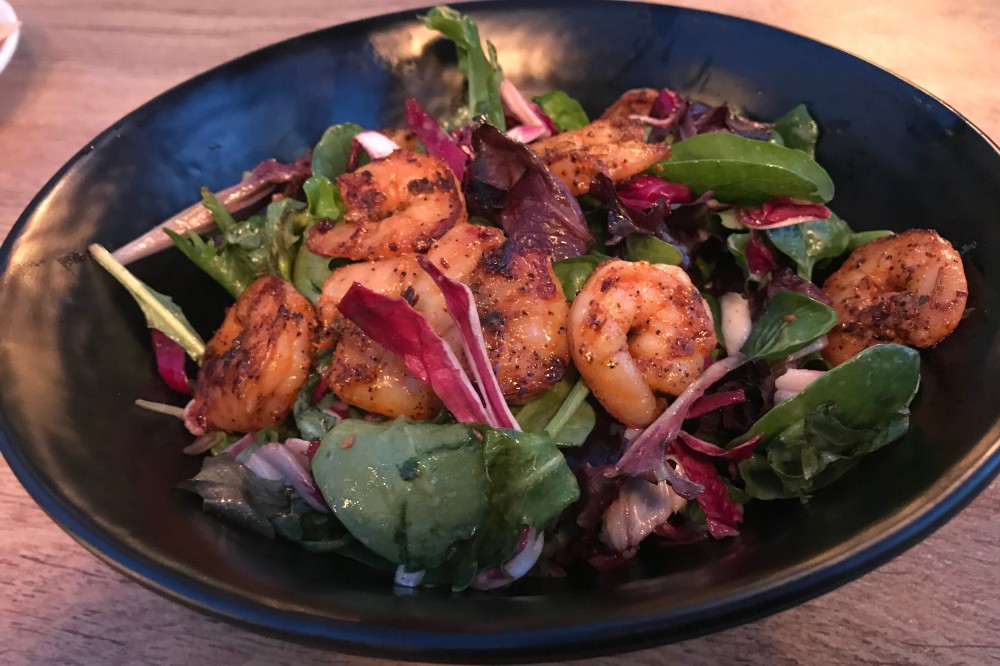 I was disappointed when I started making my way through the salad and found no romaine lettuce, just random “spring mix.”

I enjoy a little crunch to my salad, and without the romaine, the greens couldn’t stand up to the warm shrimp. The shrimp themselves were nicely seasoned, with plenty of black pepper. The tropical vinaigrette was barely there. 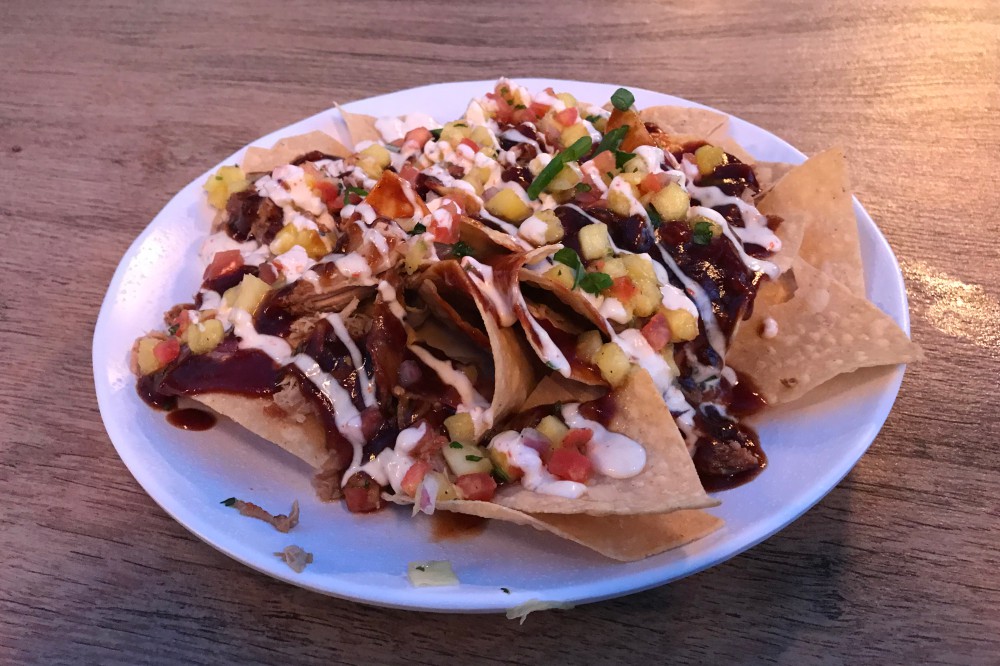 What the nachos didn’t have was cheese. Now, that would be fine if the rest of the flavors worked together, but in my opinion, they didn’t.

My nachos contained so much of the super sweet barbecue sauce that it was the only flavor I tasted. With a pulled pork sandwich, you have bread or slaw to tone down the sweetness of the sauce, but here the chips couldn’t compete and the other sauces were just lost.

The pork was tasty, but there really wasn’t enough of it to sustain the dish.

When I first saw the menu, the Shipwreck Nachos caught my eye, so that made my disappointment even greater.

There are still some great things on the menu at Tangaroa Terrace. The Pu Pu Platter [$17.00] is always a crowd pleaser, the Angus 1/3 lb. Hawaiian Cheeseburger [$15.00] has been a menu favorite for years, and I will definitely be back for the poutine.

That night though, I left the restaurant hungry.