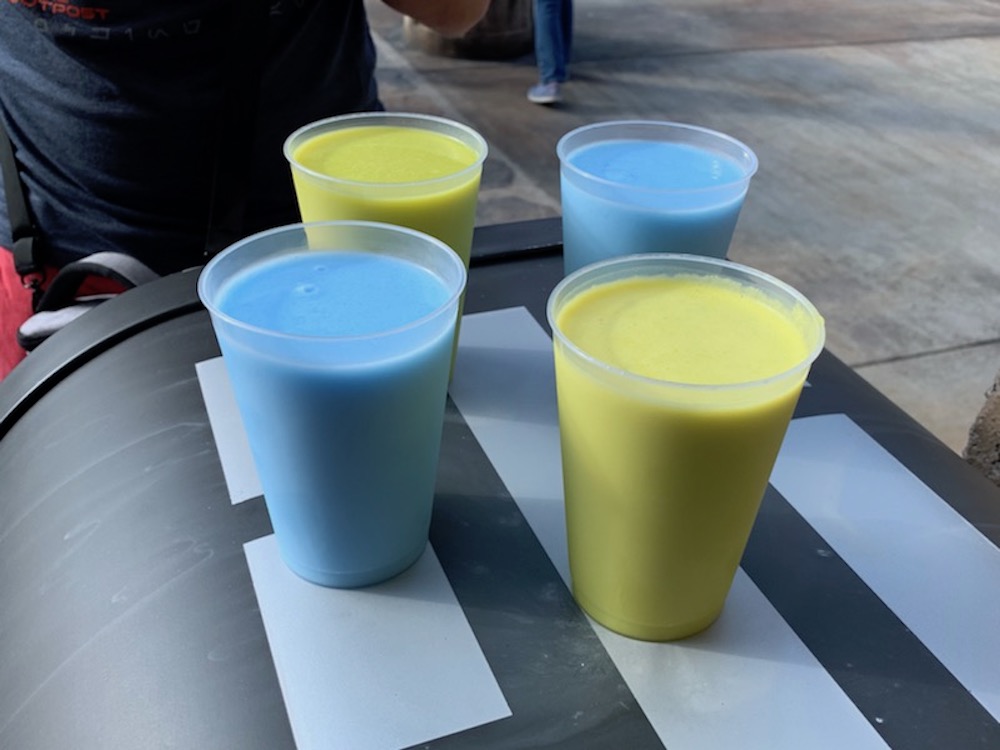 Star Wars fans going back to 1977’s Episode IV A New Hope have wondered what blue milk might taste like. Now that Star Wars: Galaxy’s Edge is open guests of Batuu finally have their chance to taste not only Blue Milk but Green Milk as well!

Blue and Green Milk are both a plant-based blend of coconut and rice milk, but they taste very different from each other. There was a variety of opinions amongst The DIS team about the Blue milk, but unfortunately, the Green Milk was universally DISliked (insert eye roll). The Green Milk had a sour tang and really strange texture. Both of the Green Milks we purchased went unfinished. The words “this is the worst slushy I’ve ever had” were even used by one member of The DIS team. 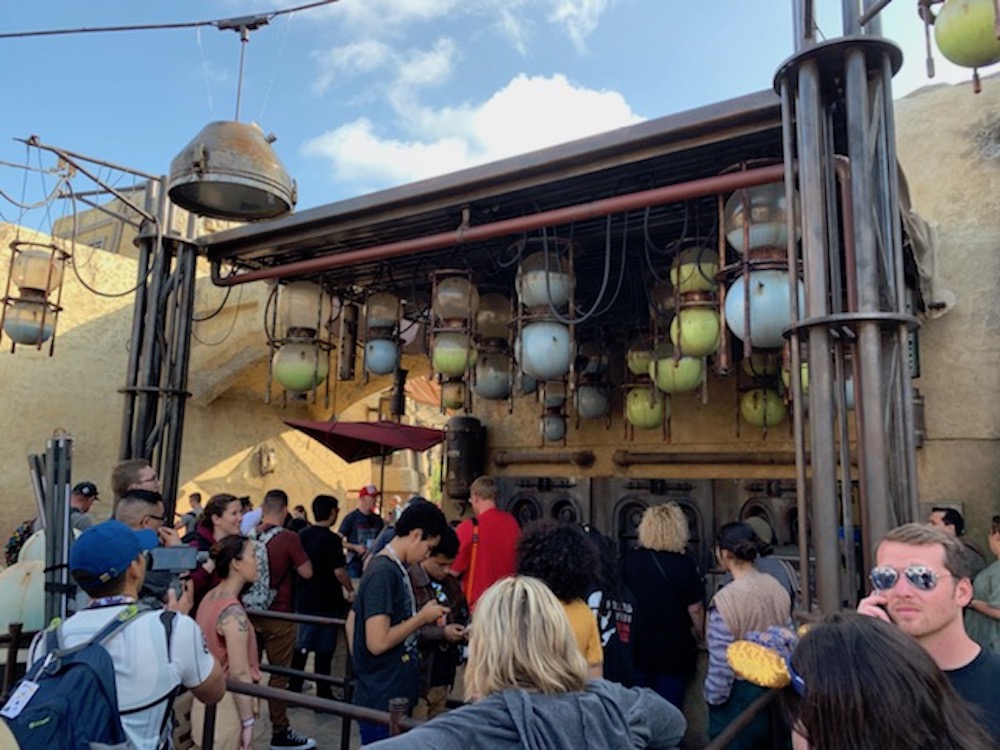 The Blue Milk was loved by some and tolerated by others. Those who loved it thought it was refreshing, perfectly tart, and a great treat to immerse yourself into another world. Those who weren’t a huge fan thought the drink should have been creamier or milkier, and less of a slush.

As the signature beverages of the land, the Blue and Green Milk will likely be compared to The Wizarding World of Harry Potter’s Butterbeer. Some would argue that it doesn’t have the same irresistible flavor as delicious Butterbeer and that when they return to Batuu in the future they won’t have any pressing desire to try it again. This criticism was considered fair even among those who loved the Blue Milk. Butterbeer still reigns supreme as the best theme park themed beverage.

For those that liked the Blue Milk, the biggest issue was the price. Both Blue and Green Milk were priced at $7.99, which was steep considering the size of the cup. We couldn’t tell exactly, but we are going to guess the cup was only about 8 – 10 ounces. That’s outrageously overpriced even for those of us that liked it. If you are a family/group of four or smaller, try splitting one of each to sample. If one person falls in love with them, you can always go back for more. While $5.99 would still be considered a high price point by some, it would bring it closer to what most consider within fair “Disney pricing.”

Those were our thoughts! At the end of the day, it is something you should experience for yourself because everyone’s taste buds are a little different. While we didn’t particularly love the Green Milk, we overheard a number of people said they enjoyed it!

Check out the video below for a look at the team enjoying their signature Battuan beverages: