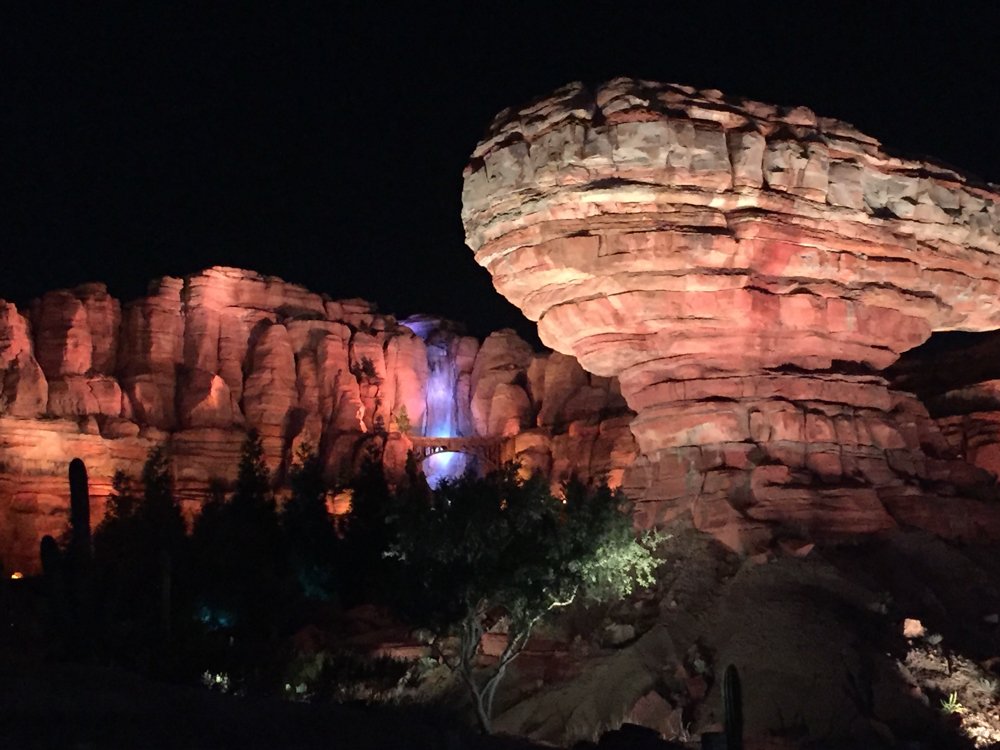 As a Disney fanatic, I constantly get asked “What is different at Disney World and Disneyland?” While there are plenty of similarities between Walt’s original and the Florida Project, there are a few differences I highlight. As a WDW super-fan I am always quick to say that WDW is bigger with more parks, more resorts, and overall, just more space. But the original Disney park does have some attractions and magic that Disney World does not. So what should WDW steal from Disneyland and Disney California Adventure?

Cars Land
There is truly nothing like Cars Land. The absolute perfection of the recreation of Radiator Springs is unmatched in my opinion. Star Wars Galaxy’s Edge is cool, but the feeling of actually walking down the street and seeing Flo’s and Luigi’s is the best. They have the perfect Disney combination of great rides, great food, and a great overall atmosphere. Radiator Springs Racers is also one of the best Disney rides, in my opinion. WDW has added smaller Cars attractions, but nothing compares to California Adventure’s Radiator Springs.

Haunted Mansion Holiday Overlay
This one always makes me mad. Why does Disneyland get the Haunted Mansion Nightmare Before Christmas overlay and Disney World does not? It seems like a simple enough task. In the fall and winter Jack Skellington, and his friends take over the mansion and create a holiday spook that you will never forget. It truly is one of the best holiday additions that Disney makes to any of their parks.

Indiana Jones
“Indiana Jones?” you may say surprisingly, but Disneyland has a different Indiana Jones experience than the show in Disney’s Hollywood Studios. The Indiana Jones ride in Disneyland is a thrill ride similar to Dinosaur in Animal Kingdom, but with fun twists and turns from the classic movies. I was a little skeptical before I rode it for the first time, but after my first trip through Indy’s adventures, I knew I had to do it again (and maybe sit on the side away from the snakes).

Parades
To say I am jealous of Disneyland’s parades would be an understatement. I am absolutely green with envy that Disneyland has all of these wonderful parades that WDW does not have. With the newer addition of “Magic Happens,” I am even more jealous of their multiple parades. My favorite parade that they have had has to be the Paint the Night parade. I love a good nighttime parade, and it pains me that WDW still does not have one.

World of Color
How unfair is it that two of my all-time favorite park shows are all the way across the country from me? If you are a major Disney fan and World of Color doesn’t make you tear up, you are 100% lying. World of Color is absolutely stunning and heartwarming. WDW has enough space that they could figure out how to do something like World of Color, and I would live happily ever after.

So, which one of these would you like to see in WDW or the other way around?