Why is Disney Taking Cast Member Individuality Out of the Attractions? 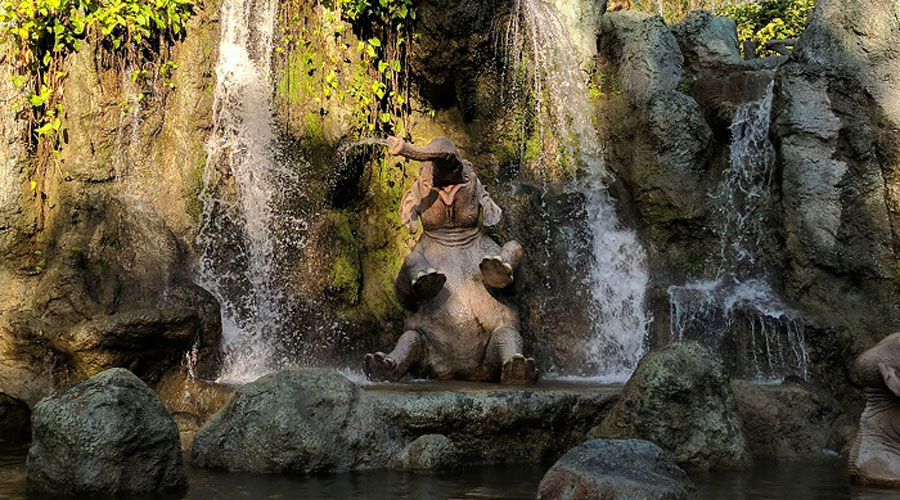 The last time I was at Walt Disney World I realized that something was missing from the experience. It took a little time to put together, but I finally realized that the cast members weren’t as big a part of the attraction experience as they used to be when I was younger.

Why is Disney doing this? Is it really a better idea to mute the cast members’ voices in regards to attractions?

Living with the Land had a cast member ride at the front of the boat. They would narrate the beginning of the ride, then speak again once you reached the greenhouses. A couple years back, that ended and a cast member no longer experiences the attraction with you. Everything is narrated through a speaker on the roof. The Great Movie Ride is a fantastic example of cast members involvement with attractions. You’d begin the ride with your tour guide to the movies who would narrate the attraction and give some facts about the scenes you were passing. Your vehicle would then be taken over by a gangster or a cowboy outlaw. I remember some fantastic gangsters over the years. Your tour guide would then show back up in dramatic fashion and finish out the ride. The cast members’ involvement began to be limited even before the curtain fell for the last time on the attraction. Turner Classic Movie’s bought a sponsorship of the attraction. While a cast member was still on the vehicle, most of the narration was turned over to TCM’s Robert Osborne. Disney Hollywood Studios’s Studio Backlot Tour was another attraction that featured a cast member. The cast member would narrate the tour. That survived until around 2008 when Disney replaced the cast member’s spiel with a canned recording.

So do cast members really make that much of a difference on attractions? I think they do. Just think of some of the attractions left that cast members get to be a big part of. Monster’s Inc. and Jungle Cruise are two good examples.

Jungle Cruise is an attraction that relies heavily upon the cast member. I’ve heard varying things about the Jungle Cruise skipper scripts. Some sources have said that Disney is really cutting down on how far off script the skippers can go anymore. If that is the truth, I’m really sad. Some of our best Jungle Cruise experiences have been when the skippers seem to go off script and tell jokes and puns we’ve never heard before.

We’ve had one late night skipper who was fantastic and was whisper singing “it’s a small world after all” and pointed out the “Golden Girls” (the monkeys with the gold pots on their heads) as we sailed through the tunnel at the end of the ride. Everyone was cracking up. Another skipper waved her gun at the hippos and scared them off by asking them to move in together and shouting “commitment!” When we arrived at Trader Sam she told the regular joke about having had dinner with Trader Sam with her boyfriend. She ended the joke by saying that she was just kidding…she didn’t have a boyfriend. She had fantastic comedic timing.

Cast members can turn any appearance into something truly memorable. Out at Disneyland, there is a Tiki Room cast member, Maynard, who truly goes above and beyond. This amazing cast member speaks in a “Tiki voice” (youtube it) when he prepares the room for the attraction and wakes up Jose. It’s such a short amount of time but that cast member leaves a fantastic impression.

Granted, sometimes your experience with these cast members is not that great. They can get tired, they can have a bad day, thus affecting your ride experience negatively. I suppose adding a canned speech over a loudspeaker homogenizes the experience. That way no one has a bad experience. But then again, no one has a fantastic, random experience either. I, for one, would rather roll the dice and trust to the cast members to add a little extra magic.

What do you think?