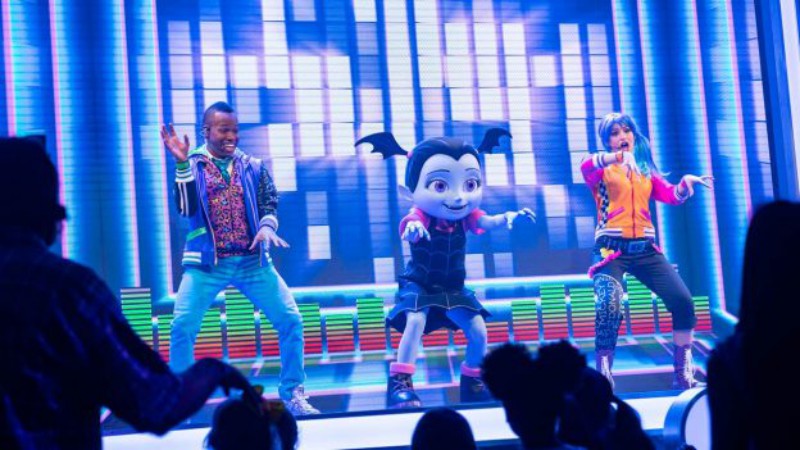 This weekend, Disney Junior Dance Party officially debuts at Disney’s Hollywood Studios, replacing the popular Disney Junior: Live on Stage, and the Disney Parks Blog is sharing a sneak peek of the show.

The interactive show features favorite characters from Disney Junior, including the new hit show Vampirina. Hosts Finn Fiesta and DJ Deejay invite guests, young and old, to dance and sing along to their favorite songs.

In addition to Vampirina, look for characters from Doc McStuffins, The Lion Guard, and Mickey and The Roadster Racers.

Disney Junior Dance Party premiers December 22, but some lucky guests have already had a chance to experience it and shared their thoughts with the Disney Parks Blog: