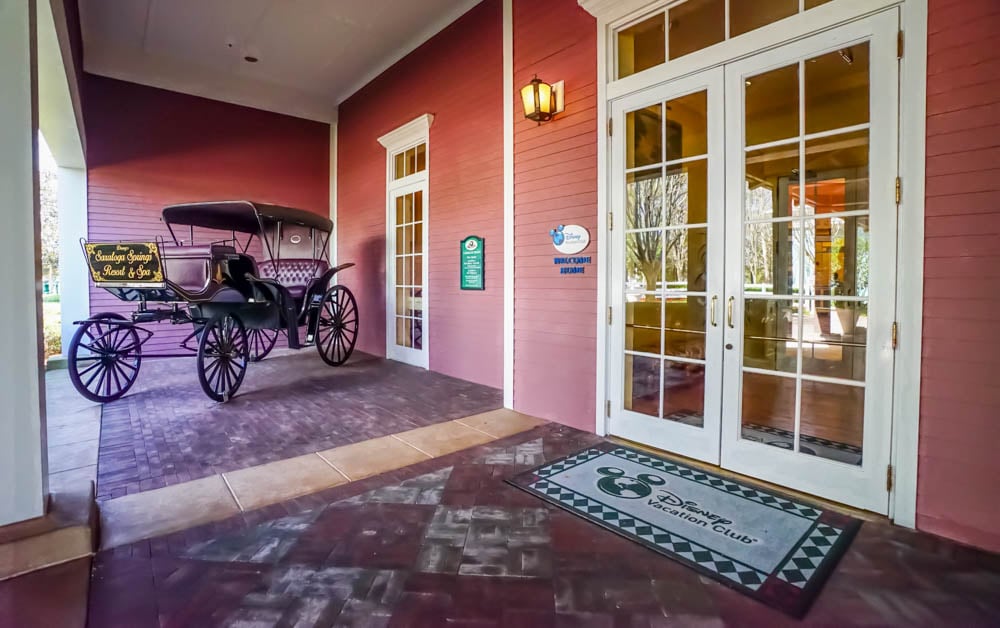 DIS Contributors review resorts that they have paid for during their own vacations. They only utilize discounts and special offers if they are available to the general public. They receive no additional compensation for rooms, dining experiences, events, or entertainment so that they may give their honest opinions about price and value. 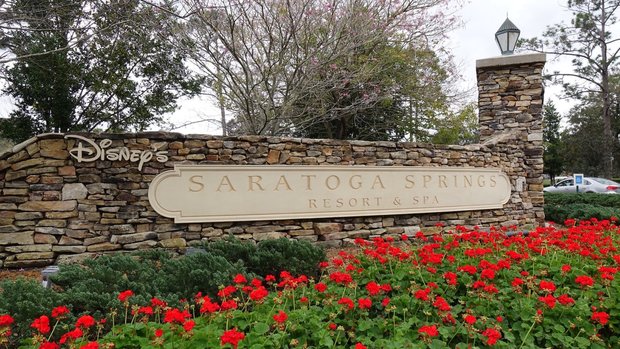 1. Its proximity to Disney Springs, especially my favorite part (The Marketplace): 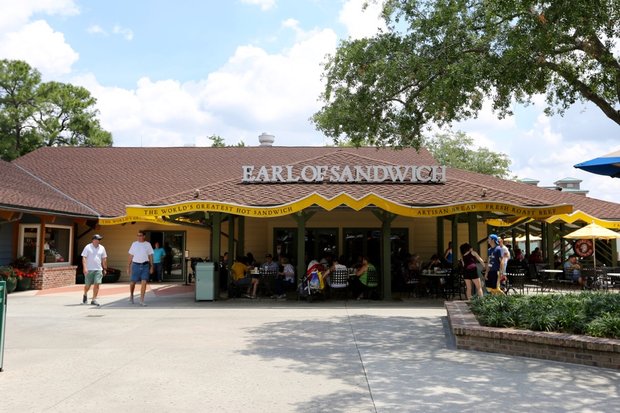 Point-wise, Saratoga Springs ranges from as little as 11 points per night to as much as 22 points per night for a Deluxe Studio, according to the current Disney Vacation Club Point Charts. This is something major to take into consideration if you and your family want to stay on Walt Disney World property for a long period of time or visit multiple times a year. For example, The Villas at Disney’s Grand Floridian Resort & Spa range from 17 points per night to 37 points per night for a Deluxe Studio! Saratoga Springs allows my family to visit Walt Disney World more than once a year since we will have extra points to spare and there is usually availability at this resort.

For maintenance fees, Saratoga Springs comes in at $6.40 per point in 2019, which is one the cheapest out of all the DVC properties. Other resorts’ maintenance fees run more than $6.40 per point to almost $10.00 per point (with the exception of The Villas at Disney’s Grand Californian Hotel & Spa at Disneyland). These fees must be paid yearly and they add up quickly, depending on how many points members allocate for themselves, so investing in Saratoga Springs is a smart move for economic reasons alone. 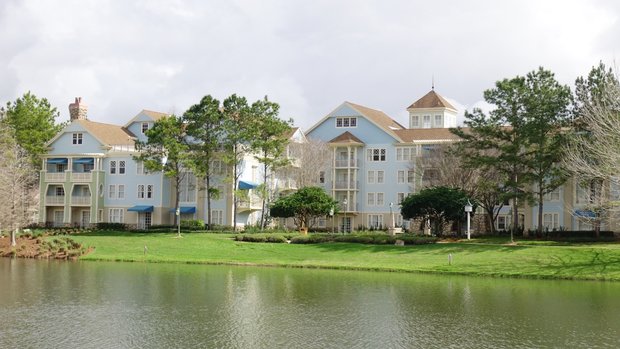 The most commonly requested sections of stay at Saratoga Springs are The Springs and Congress Park, which do cost more money or points since those sections are considered preferred rooms. On the contrary, I believe that The Paddock should be guests’ request of stay. The Paddock is right in the middle of the resort. It is not a far walk from The Springs, the closest section to the resort’s main amenities (such as the main pool and quick service), and the walking path to Disney Springs.

As a bonus, The Paddock has its own pool with a slide, its own quick service called The Paddock Grill (which I think is better than the resort’s main quick service called The Artist’s Palette), and has no additional cost or point value like the preferred sections. The Paddock is also the third stop out of the five bus stops at the resort. It is before the most crowded stops of Congress Park (fourth stop) and The Springs (fifth and final stop), so guests are almost always guaranteed a seat on the bus going to the parks.

Additionally, if guests do not want to walk to Congress Park or The Springs, they can hop on any bus from the Paddock in order to get to those destinations since the buses stop at The Paddock before Congress Park and The Springs.

1. The rooms are outdated:

The rooms at Saratoga Springs desperately need some love, and thankfully the rooms are being refurbished as we speak. This is the first hardcore refurbishment of its kind since the resort opened in May of 2004! This baffles me because other DVC resorts, like Disney’s Old Key West, have had multiple refurbishments in the same time frame. In my opinion, the rooms are very dingy because of the bland colored walls, dirty carpeting, old furniture, and outdated kitchens. I am looking forward to how the refurbishments turn out, and maybe the rooms will become some of my favorites in the future.

2. It is not as close to the parks as other resorts are and are only accessible by bus transportation:

The fastest park to get to from Saratoga Springs is Epcot, in my opinion. In order to get to the parks, guests must takes the buses, unless they utilize Minnie Vans or other transportation options. I wish Saratoga was near the parks more or had its own special transportation service, like the monorail system around the Magic Kingdom resorts or the soon-to-be Disney Skyliner around the Epcot resorts, because it would make the resort more appealing and accessible to stay at in terms of getting around Walt Disney World.

3. The Artist’s Palette is not suitable for picky eaters: 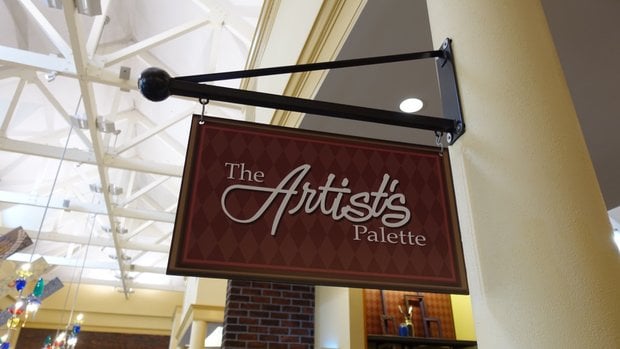 For picky eaters like myself, the main quick service called The Artist’s Palette is not suitable, specifically for lunch and dinner. They only serve house-made chips with meals instead of french fries, and the meals themselves are not your typical burgers or chicken nuggets, which is a good or bad thing for guests. There are some nice options like the Cheeseburger Thin Crust Pie, but sometimes I just want to eat a basic, adult meal and not a meal from the kids’ menu. I prefer food options at resorts where I believe there is a balance between adventurous and basic foods for all ages, like The Mara at Disney’s Animal Kingdom Lodge.

4. The size of the resort is huge and it takes time to get around property:

Don’t get me wrong, the grounds are beautiful and kept up at Saratoga Springs; however, if you are not up to walking to the pools or to get food, this is not the resort for you. The bus rides are quite long around the resort itself because there are five bus stations and it is the largest DVC resort. Not to mention, I see snakes all the time here ever since the overhaul of the now Disney Springs; I prefer these animals to stay at Disney’s Animal Kingdom. 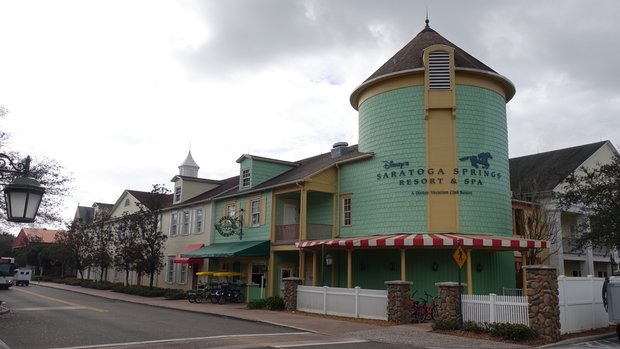 By all means, I am not bashing Saratoga Springs with my reasons for disliking it. I believe that the cons of this resort are outweighed by its pros. It will always have a special place in my heart no matter what, because it is truly my home away from home, being someone who is from New York. This resort has allowed my family to visit Walt Disney World often for over 10 years. I encourage anyone who has never been to this resort to stop by or stay here to broaden your horizons of Walt Disney World property!