Advanced Tips for the D23 Expo 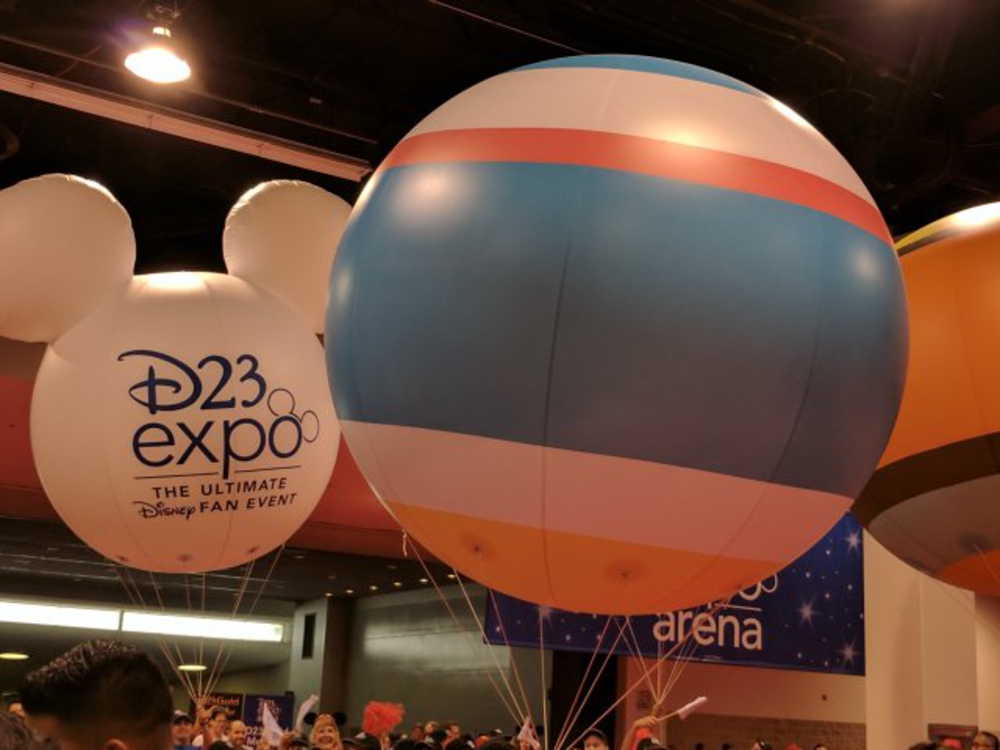 The D23 Expo is coming up fast! This August, thousands of Disney fans will converge onto the Anaheim Convention Center. If you were a fan of my 10 Basic Tips to Have a Great Expo, maybe you’ll also like a few more advanced tips.

Most people that work the D23 Expo are volunteers. Sadly, this could mean that they aren’t always the most well informed people. This is probably due to no fault of their own. Convention volunteers are often thrown into the situation with very little training or knowledge. So please don’t be mean to them, but if you hear an answer that you think might not be the case, keep asking around.

For the 2017 D23 Expo, I really wanted to meet composer Michael Giacchino and the voice of Moana, Auli’i Cravalho. We headed to the music emporium right away. We asked a volunteer how the autograph process worked. The volunteer told us to show up the morning of the signing. We started to walk away, but this wasn’t our first convention. I didn’t think that sounded quite right, so we found another volunteer and they told us that we could go ahead and purchase our merchandise right now and get a wristband for the signings.

We successfully got our wristbands, and when we came back on a later date to get our autograph, we heard many sad or angry people complaining that the signings were sold out.

Moral of the story: it’s never a bad idea to ask several volunteers if something is very important to you. And please don’t be angry or short with them as they most likely aren’t even being paid and they’re doing the best with what they were given.

Many people attending D23 seem to be very excited about the same handful of panels. The most talked about panels are the big ones: the Legends Ceremony, Disney+, Parks and Resorts and Studios.

While those panels are very exciting and can be a lot of fun, I have to caution you not to overlook some of the smaller panels.

One of my favorite panels in 2017 was one of the smaller panels called A Kiss Goodnight. The point of the panel was to promote a new book, and Richard Sherman and Floyd Norman were attending. That might not sound terribly exciting to most. But ya know what? The book was a book on music, and there was a piano set up on stage. The audience ended up being treated to several songs by Richard Sherman, including the iconic Feed the Birds from Mary Poppins. It was truly a magic moment. 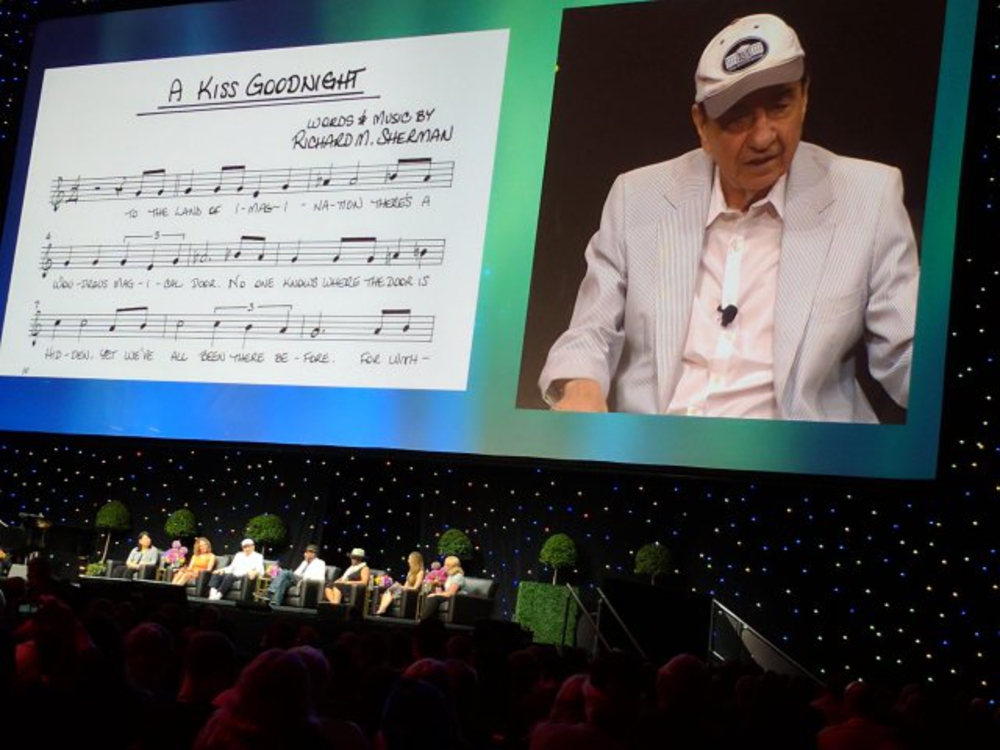 Many people are after exclusive Expo merchandise like the limited edition Disney dolls or the items stocked in the elusive Mickey’s of Glendale Imagineering shop. 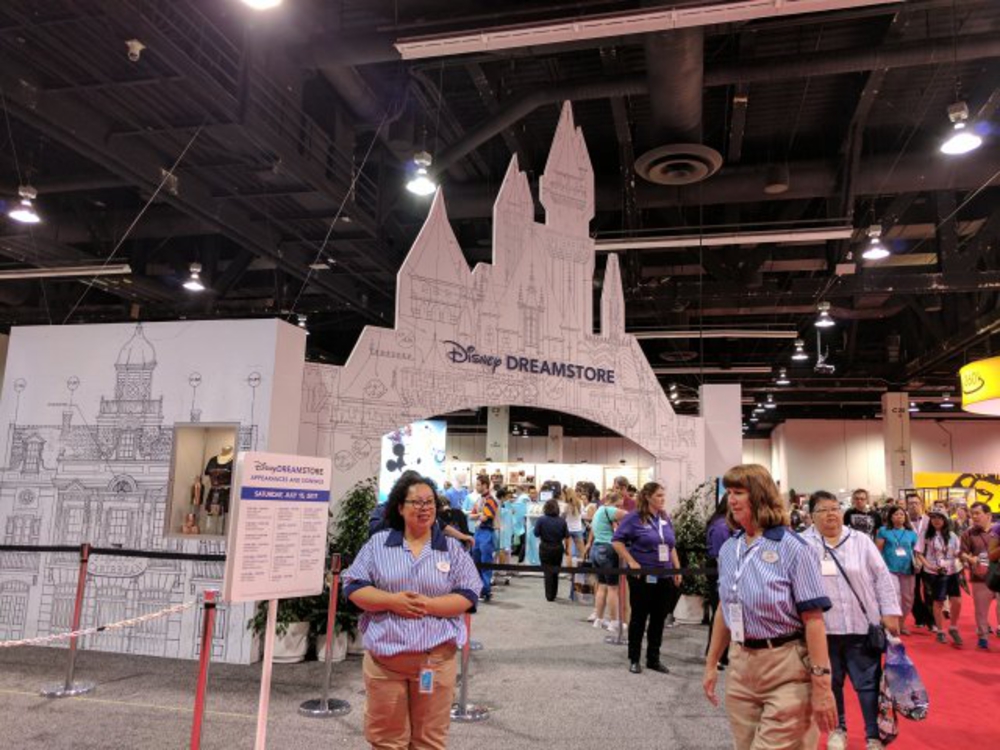 While some of those items are great, make sure to leave time to shop around all of the outside vendors. Every sort of Disney treasure imaginable will be featured among the vendor booths. Old treasures, new treasures, theme park treasures, movie treasures. You never know what you can find.

It’s also a good idea to do a lap of the vendor booths near the start of the Expo. Vendors are not allowed to charge for autographs, but they will pull in Disney legends to be available and draw traffic to their booths. In 2017, I was able to purchase a copy of Marty Sklar‘s book, One Little Spark!  The book cost a little under $20 and Marty was on hand to sign it at several points throughout the weekend. 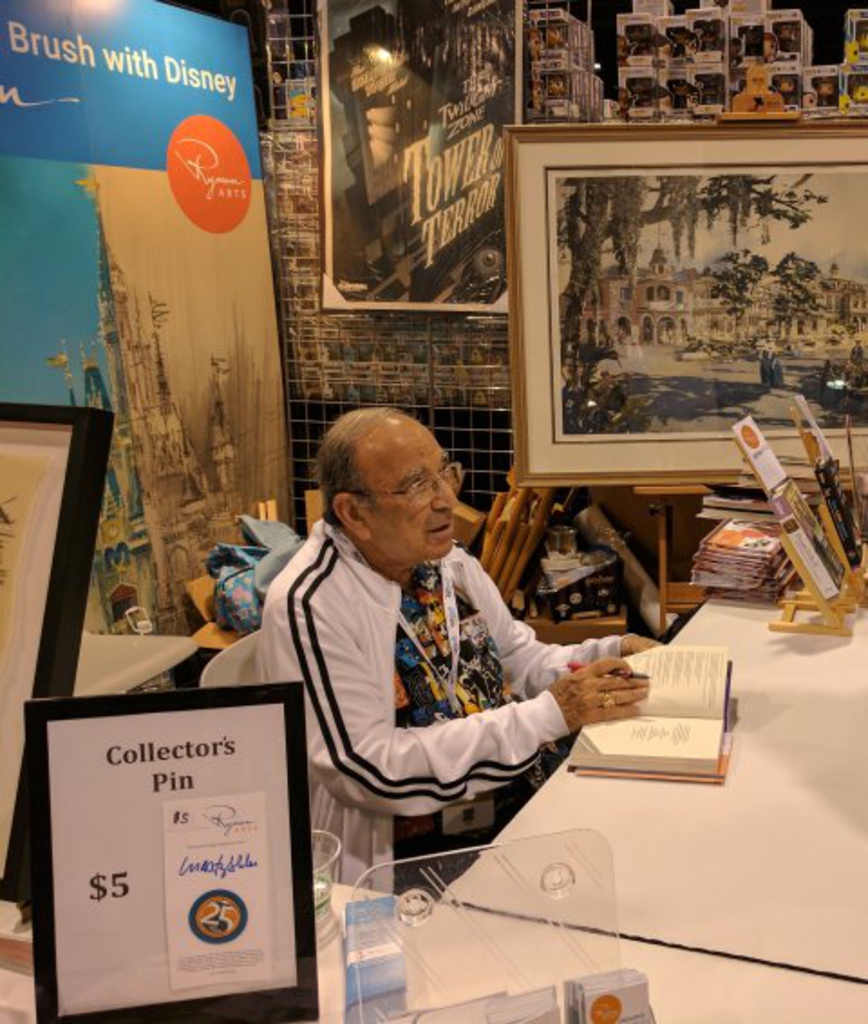 4. Prepare to be disappointed

Yes, this one is a Debbie Downer. However, it’s just a universal truth of fan conventions. It’s not a fan con unless somebody cries.

Things go wrong. The majority of people working the convention are volunteers, as mentioned above. You won’t always get the right info. The volunteers might mess up and forget about your section of line causing you to miss a panel (like 2017’s Animation Panel).

You might get shut out of an autograph you really want, or not get the merchandise item that was number one on your list.

Do NOT let this ruin your convention experience. Just accept the thought now that something is going to go terribly wrong, and you can either let it ruin the weekend, or you can move past it and have other great experiences.

You never know what is going to happen at D23. Keep your eyes wide open.

Lots of the vendors and booths will have random giveaways. The Pixar space is famous for this. One of the items that they will randomly hand out are the coveted Pixar balls. The Disney Animation booth also handed out tons of lithographs, pins, and other small items. 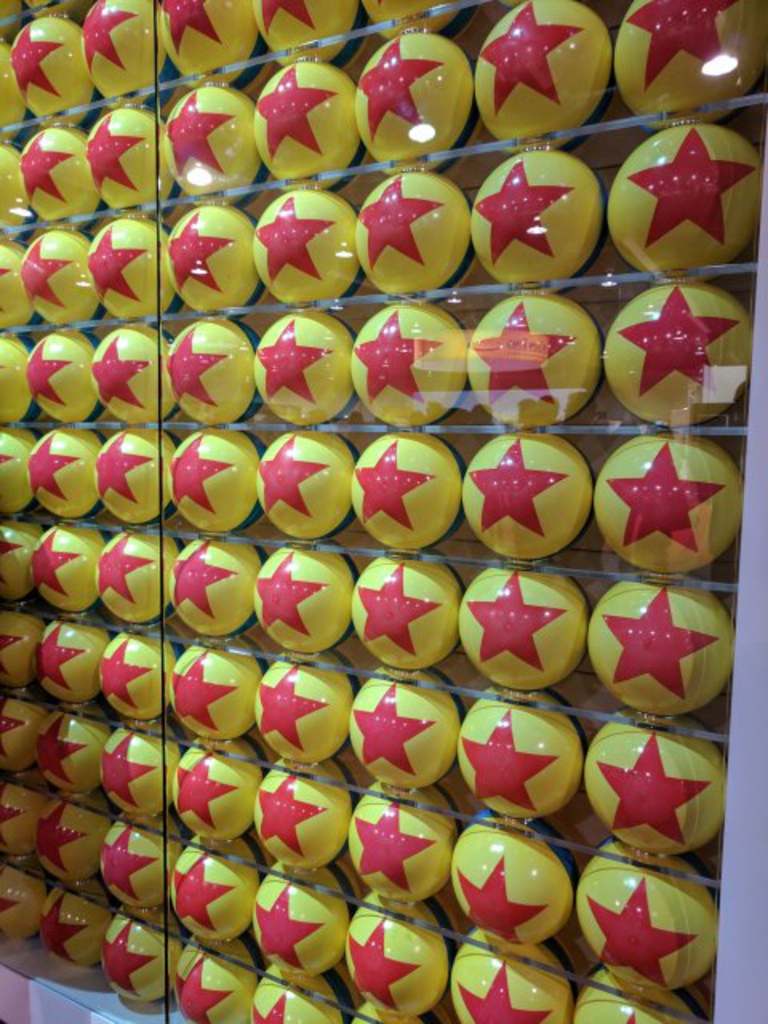 Some of my favorite memories came from seeing the amazing costumes that people create. Definitely be on the look out for these! 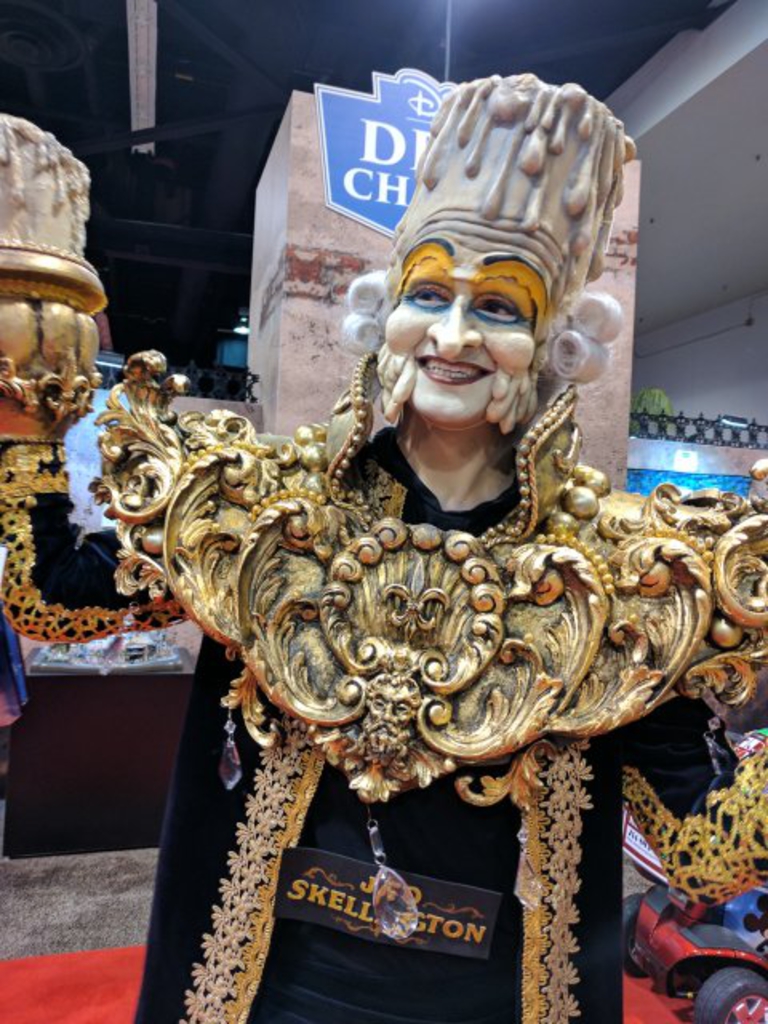 It’s also not a terrible idea to hang out in areas where celebrities are giving autographs or doing meet and greets. I was able to meet and get a selfie with Ben Schwartz (Parks and Recreation and Duck Tales). He finished his scheduled signing, saw about 15 of us waiting around, and came over and did a brief meet with each of us.

At the Disney Animation booth, Mark Henn (lead animator of young Simba, Ariel, Belle, Jasmine, etc.) had a scheduled signing, and it was almost impossible to get a ticket to it. I was feeling sorry for myself and hanging around the other side of the booth, and who do I see but Mark Henn! I got to have my picture with him and tell him how much I appreciate his work. He was just hanging out waiting for his signing and talking with anyone who recognized him.

I hope some of my advanced tips will help you to have a great D23 Expo experience!