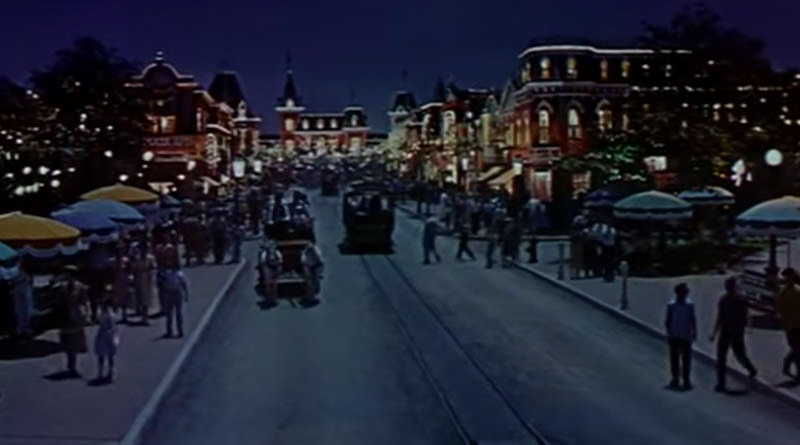 What You Missed Over the Weekend

This past weekend, we released two videos over on our DIS Unplugged Channel. The first was a dining review from our very own Tom Bell. In the video, Tom reviewed the Asian Street Eats quick-service kiosk at Downtown Disney at the Disneyland Resort. I know what you might be thinking – isn’t Disneyland closed? Well, you’re correct, but here’s the behind-the-scenes information I promised you. Tom actually sent me this video back in… February, I believe. He told me back then that it wasn’t anything that needed to be posted immediately, so I forgot about it. I was scrolling through our videos and stumbled upon it and thought it would be nice to post it and get some Disneyland content out in the world even though it’s old. If you haven’t watched it yet, check it out!


On Sunday, we released our weekly episode of the DIS Unplugged: Universal Edition. This week, we discussed the closure of Universal Orlando Resort as well as what to expect when it reopens to guests at some point in the future. We were a bit late putting out the episode, but by the time most of the news came out about the closure, we were already not able to get back into our studio and didn’t have a plan of attack in place for making videos at home. Basically, Ryno and I just recorded ourselves individually while we talked on Skype and then I did a multi-cam edit in Premiere to finish it. We did the same thing with last week’s Best & Worst of Walt Disney World episode.

Today on the DIS Unplugged, The DVC Show team did a live stream around 11:00 am EST for this week’s episode of The DVC Show keeping the discussion to the current state of affairs in the world and how it pertains to Disney Vacation Club.

Today on the DIS, we are featuring a POV (point of view) of Na’vi River Journey in Pandora – The World of Avatar at Disney’s Animal Kingdom at Walt Disney World. I’m actually embarrassed that it took me so long to put up a POV of this ride considering it’s been open for almost 3 years now. The reason we didn’t have one up before is simple. When Disney invited us to check out Pandora – The World of Avatar a few weeks before its grand opening, they asked us not to release a full video of it, but highlights were okay. Clearly, like Tom’s dining review, I forgot to go back and put up the full ride, but it pays off at a time like this when I’m looking for videos to post that we haven’t before. That being said, I must’ve had an issue with my Sony A7Sii before going on the attraction, because I can tell I used my 4K Sony camcorder for the ride based on the grain level and the slow zooms.

As I said in the introduction to this article, I want to take a moment to highlight another video you can enjoy that isn’t something we actually posted ourselves. For today’s choice, I’m going with People & Places: Disneyland, U.S.A. If you haven’t been fortunate to watch this before, you’re really in for a treat. People & Places was an Academy Award-winning series of short documentaries made between 1953 and 1960 covering many subjects from The Alaskan Eskimo to The Danube. In 1956, a documentary of Disneyland was released in stunning CinemaScope that gave a spectacular view of the park at a crucial time in its history. I don’t want to spoil too much of it, but it’s something I would consider essential viewing even if you haven’t been to Disneyland before.

If you want to take your experience with People & Places: Disneyland, U.S.A. to the next level then track down a copy of the Walt Disney Treasures set, Disneyland: Secrets, Stories & Magic. This is the way I discovered the documentary for the first time and it’s obviously much better than watching it on YouTube. It has never been released on Blu-ray or 4K, but the DVD is anamorphic and higher quality than what’s on YouTube. Beyond that, there is an option to watch the documentary with only the score or commentary with Leonard Maltin and Tony Baxter. If you can get lucky and find a copy for a good price then pick up this set, but if you’re only interested in watching this one special then YouTube is adequate.