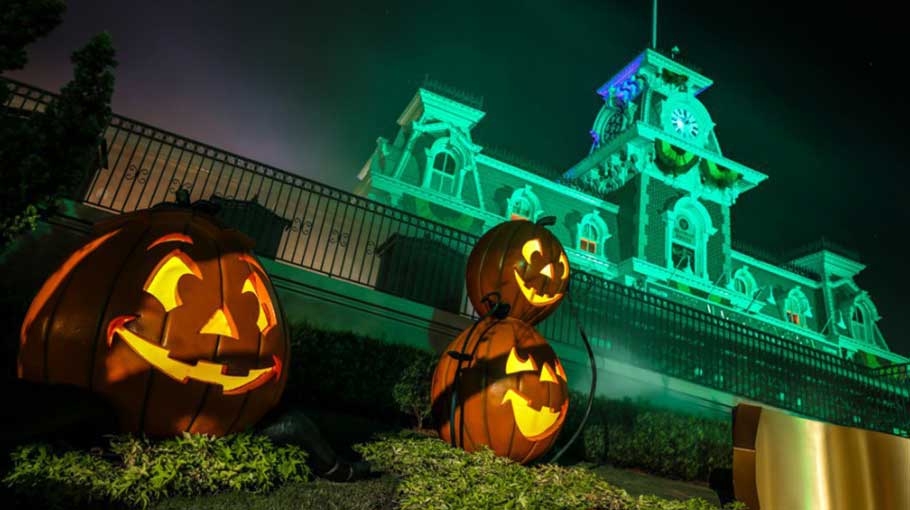 Halloween is my very favorite holiday, and I actually love that Disney breaks out the spooky décor and happy haunts in August each year because it gives me the excuse to do the same in my own house. Not that I really need an excuse, but I figure if Disney’s doing it, I will too.

In the meantime, the Disney Parks Blog announced that they’d be presenting a “Halfway to Halloween” event beginning on Friday, May 7th and lasting throughout the weekend. They’ll be sharing a Disney+ playlist, not-so-spooky planDisney tips, Halloween wallpapers, Halloween dishes, and much more, including a “special announcement” – hmmm… I wonder what it could be?

It’s been almost a year since the 2020 Mickey’s Not-So-Scary Halloween Parties were canceled. We’re hopeful that they will go off without a hitch this year, especially with the phasing out of guest temperature checks announced yesterday.

They’ve also announced that they’ll have a live presentation on their TikTok account. The live event will take place on Saturday, May 8th, and includes a behind-the-scenes look at the Haunted Mansion at Magic Kingdom and appearances from Walt Disney Imagineers.

Stay tuned as more details will be announced on that tomorrow.