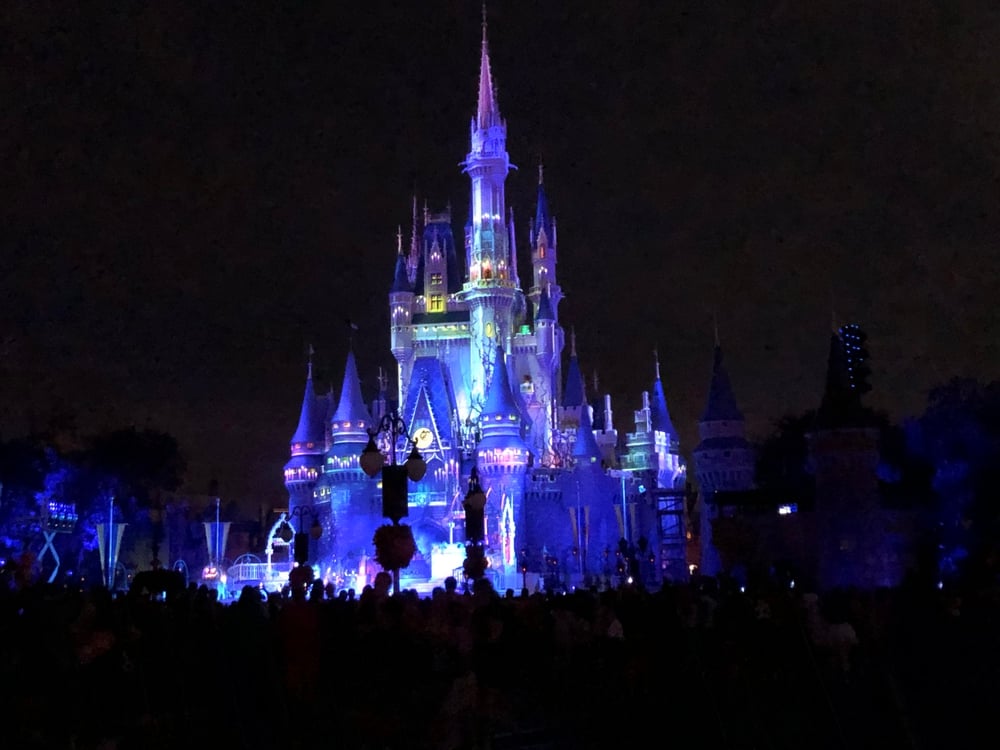 I know what you’re thinking: it’s August, and it’s not time for Halloween. I get that. However, in Walt Disney World, the Halloween season began last night, and, for those who are vacationing before Halloween, it’s a great chance to celebrate.

If you have the opportunity to attend Mickey’s Not-So-Scary Halloween Party for the first time this year, let me go over just a few things that you might want to keep in mind.

I had the opportunity to attend the first night of Mickey’s Not-So-Scary Halloween Party as part of a media preview event. Thankfully, rain moved through during the afternoon of the party, and with it came cooler temperatures. There was a breeze throughout the evening and, at times, it almost felt like fall. This is not the norm for Halloween party evenings. Keep in mind that it's Central Florida, and humidity is almost an ever-present not-so-welcomed friend. When planning your traveling party's costumes and outfits for the evening, keep the temps in mind. We all love elaborately detailed costumes, but you might be wishing you weren't wearing several of those layers once you've been traversing the Magic Kingdom for a couple of hours.

Keep in mind that you can enter the Magic Kingdom on your party ticket as early as 4pm. The party doesn’t officially start until 7pm, but it’s great to get into the park and have just a little bit of time to be able to ride a few attractions or grab something to eat before the party starts. Once the party begins, and all of the party exclusive experiences are available to you, you’re going to want to be able to focus on those.

Pack your patience. The Mickey’s Not-So-Scary Halloween Party can get crowded. The lines for the treat stations, exclusive snacks, and Halloween Twist attraction overlays can get long. If you know that going into it, it helps the rest of the evening to go a bit more smoothly.

Have a game plan going into your party night. This is essential. Without a game plan, you’re at risk for getting to the end of the evening with some of those party exclusive experiences undone. Trust me, this is disappointing.

Before your party night, sit down and take a look at the event map, and talk with your traveling party to make sure that everyone’s must-dos are covered. Keep in mind that some of the party experiences, such as the Mickey's "Boo-to-You" Halloween Parade, the Hocus Pocus Villain Spelltacular, and Disney's Not So Spooky Spectacular fireworks, happen at set times. You’ll want to craft your night in the Magic Kingdom around those times if seeing them is important to the people in your party. Also, be mindful that the party exclusive snacks are offered at locations throughout the park. You might need to hunt down one in Liberty Square, and head across for another in Tomorrowland, and so on.

Speaking of snacks,  let’s go over just a few of the offerings this year. I had the opportunity to talk to one of the Magic Kingdom chefs, Chef Julia, about this year’s party exclusive treats. The Jack Push Pop is back this year, and he’s been joined by a Sally Push Pop. The Sally Push Pop is gluten-friendly, which I think is a great addition. The Sally Push Pop features vanilla cake, buttercream, and strawberry crispies. Both the Jack and Sally push pops can be found at the carts located to either side of the castle hub area.

Constance's for Better or for Worse Wedding Cake is a citrus-scented cake with raspberry Bavarian cream topped with a chocolate hatchet. It’s also covered in buttercream pearls to signify the strand of pearls that Constance, the bride from the Haunted Mansion, received every time she took a new husband. I loved that attention to detail.

Other treats exclusive to the Halloween party include Billy's Worms and Dirt Chocolate Pudding, Headless Horseman Cheesecake (layers of chocolate cake and pumpkin cheesecake), and a Mickey waffle sundae made with pumpkin gelato.

If savory eats are more your speed, the chefs have created a burger featuring Lotso that is available during the party at Tomorrowland's Cosmic Ray’s Starlight Café. The burger is topped by strawberry bacon jam and brie fondue. Two drinks are new to the party this year: the Pirates Horizon and the Berry Blaster. The Pirates Horizon is non-alcoholic and features pineapple and orange juices, and passionfruit syrup. The Berry Blaster features cherry lemonade, blue curacao syrup, and Sprite. Chef Julia said that her favorites among all of the 22 savory and sweet offerings are the Lots-O'-Burger and the Pirates Horizon beverage.

I loved the new additions to the Mickey’s Not-So-Scary Halloween Party this year, and, whether you're a Not-So-Scary rookie or a seasoned veteran, I have a feeling that you will, too. With a bit of planning and patience, a ghoulishly fun evening can be had by all.