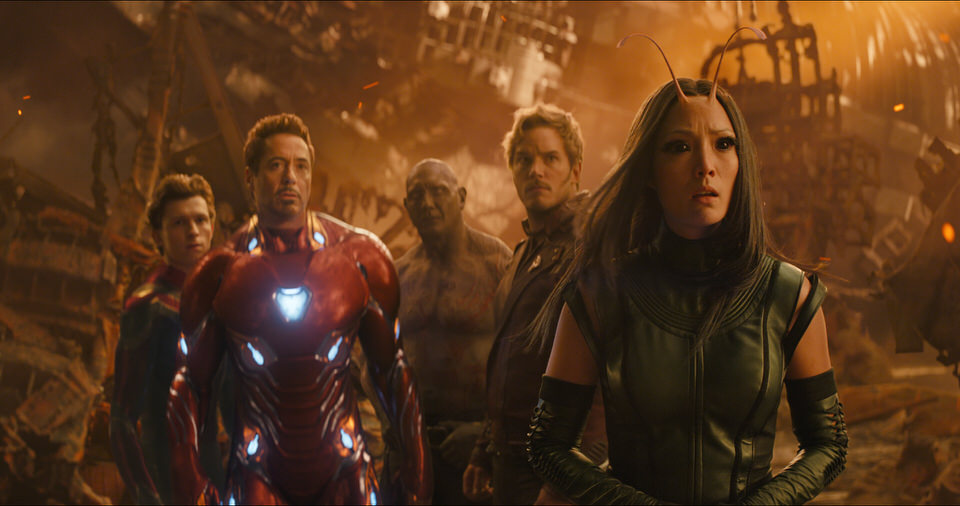 Admittedly, I was not the biggest fan of the latest Avengers installment upon my first viewing. I thought it was great, but far from being the best Marvel movie. I stand by that opinion to this day and believe Captain America: The Winter Soldier still holds the title. That being said, there was a lot of expectations and hype heading into Avengers: Infinity War. Marvel has building up to this movie over the past 10 years, introducing new members to the Marvel Cinematic Universe just so they can wage the ultimate battle against Thanos. The result is two and a half hours of pure action teaming up Iron Man, Doctor Strange, and Spider-Man alongside Star-Lord, Drax, and Mantis, while Captain America is joined by the Black Panther, Black Widow, Thor, Rocket Raccoon, Groot, Vision, Scarlet Witch and more. You could not ask for a more epic cinematic event. Avengers: Infinity War is not perfect. It feels overlong at some points and some questionable choices were made in character development, but ultimately there is a lot to enjoy in the movie. One of the greatest strengths Marvel has developed in their films is a unique blend of humor and action, which is on display constantly during Infinity War. The climax of the movie shook audiences to the core and inspired a slew full of memes that still pop up to this day. This movie is worth plowing through 10 years of Marvel movies to experience the massive undertaking that is Avengers: Infinity War.

The past couple Marvel movies have been very light on special features and Infinity War continues this trend. It’s incredibly disappointing considering how important Infinity War is in the Marvel Cinematic Universe. It’s the biggest movie yet in the entire series, yet it is treated like any ordinary release. There is one feature for sure worth watching, but let’s take a look at everything featured on this release. Even though the bonus features don’t live up to the quality of the film, Avengers: Infinity War is a perfect addition to any collection. It is a critical film for Marvel and if you collect Marvel movies then you have to own this. If you have a great home theater then you’ll be eager to turn on this release with its outstanding video and audio quality. If you are a fan of movies that are action packed and fun then you’ll find a lot of enjoyment in it. There’s no better time than now to pick up Avengers: Infinity War. You can find Avengers: Infinity War on the 4K Cinematic Universe Edition, which includes a 4K Ultra HD disc, a Blu-ray and a Digital Copy, and the Multi-Screen Edition, which includes a Blu-ray and a Digital Copy.