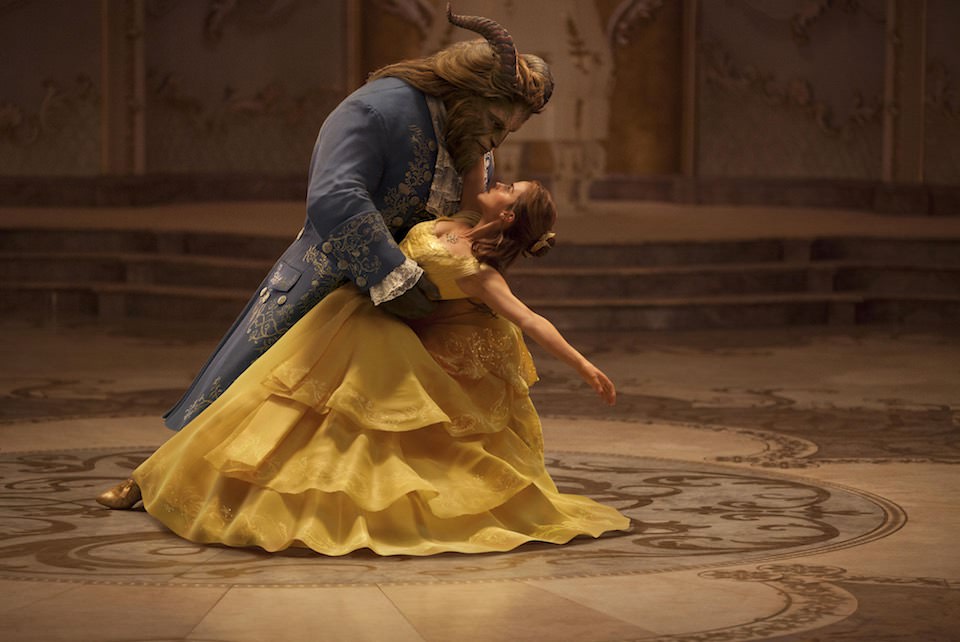 ShareTweetSubscribe
I'll start off this review by being blunt - I did not enjoy the reimagining of Beauty and the Beast. Not even a little. Does that mean I think you shouldn't go out and see it? Absolutely not. In fact, I encourage everyone who is even slightly interested to go out and see it in the theater, because that is the way movies should be seen. I do recommend curbing your expectations or going in with a clean slate, choosing not to compare it to the 1991 original that it is based on. Of course, Beauty and the Beast is the latest live action adaptation of a Walt Disney classic film. We've seen Disney do some great things with its remakes, like Cinderella, Pete's Dragon, and The Jungle Book. We've also seen subpar entries like Maleficent and Alice in Wonderland. Really, Beauty and the Beast was going to be criticized more heavily than the others. The 1991 film is considered one of the best animated films of all-time and was the first animated film to ever be nominated for an Academy Award for Best Picture. Disney chose to go with a more literal approach to the adaptation by keeping all of the songs you know and love and just adding a tiny bit of extra exposition to the characters through subplots and new songs. Let's start with what worked in Beauty and the Beast. First off, I have to applaud Josh Gad's performance as LeFou, Gaston's bumbling sidekick. LeFou was the role Gad was born to play and he shines in his performance. His vocals are excellent in "Gaston" and, funny enough, his character has more development over the course of the film than any other. I won't comment here on the whole "exclusively gay moment" beyond stating that it wasn't a big deal and there are about 10 other moments in the movie that are more telling to the character's sexual orientation. Also, I have to give credit to Luke Evans' performance as Gaston. He is just about all you can ask for in the role of Gaston. I have come to learn that Evans is a classically trained singer, and while I can hear his talent, I personally didn't think this style benefited his voice. It still felt slightly auto-tuned a bit (which could be the result of the producer's final mixing), but nowhere near the amount that was required to make Emma Watson sound halfway decent. Again, I don't doubt Evans is a great singer, but if the singer isn't performing songs that fit their style then it will come off sounding forced. Case in point - Ewan McGregor as Lumiere singing "Be Our Guest" and Audra McDonald as Madame Garderobe. I also have to applaud the costume design in the movie. I know it is still early in the year, but I could see Beauty and the Beast as a shoe-in for an Oscar nomination. The wardrobe is elegant, but creative, and is very reminiscent of the costume design for Cinderella. Also, Alan Menken's score for the film is just as perfect as it was for the 1991 animated film. I will definitely be listening to the score over and over for quite some time. Unfortunately, this is where the positives run out for me and I have to shift to the things that just weren't quite working. I'll start with the Emma's. I love Emma Watson and will always adore her as Hermione Granger in the Harry Potter series. Emma Thompson is an extraordinary actress and her roles as P.L. Travers in Saving Mr. Banks is one of my favorites in the past 5 years. Two extraordinarily talented individuals that were extremely miscast in this movie. Let's face the truth - Emma Watson cannot sing. She slightly resembles Belle and that is it. The character was so one-dimensional that she was wasted. It would've been a better idea to cast a stronger singer with less acting experience, because the role required very little effort.

Emma Thompon's part as Mrs. Potts could've been saved. The issue was someone must've told her she had to do an impersonation of Angela Lansbury and it ended up coming out full-blown cockney. I said it before and I stand by it - she has the worst British accent in a movie since Dick Van Dyke in Mary Poppins and there is no excuse for it since she is British! Every time she came on screen rolling in on her cart, but then jumping off and hopping on her legs, I couldn't stop myself from bursting out in laughter. The only thing worst than her acting was her character design. Not using the spout as her nose and just having her eyes and a tiny mouth painted on the side seemed like a very odd choice, but it doesn't stop there. Besides Cogsworth, the character design was just plain puzzling. Lumiere felt overly creepy, read above for Mrs. Potts and you can just ditto my explanation for her with Chip, and the worst offender of all was the Beast. Someone said, "Let's not hold back on the CGI with this one," and they didn't at all. In fact, they showed the perfect example of too much of a good thing. The CGI is drastically overdone between the characters and the castle itself and it makes it hard to really get invested in such a fake world. Then again, so do a lot of the plot points in the movie. The Enchantress that placed the curse on the Beast and his staff also apparently placed a different curse on the rest of the village, so everyone has forgotten about them - including Mrs. Potts' husband. If no one could remember or find this castle covered in snow in June, beyond Maurice and Belle, how was the curse supposed to be broken? The staff questions whether or not Belle is the one, but if she is the only one to show up then wouldn't it be assumed that she just has to be since she is able to find the castle? Eventually all of the other townspeople find the castle after being led there by Gaston, and after a goofy fight they retreat and then completely act like nothing just happened. The staff doesn't have issues that these people were trying to kill the Beast and them. The townspeople don't seem to care that they were trying to kill some of their loved ones. What in the world was happening? I would've said this was the worst part of the movie had we not seen a magical book earlier in the film that transported the Beast and Belle to Paris where we discovered Belle's mother died of the plague and that's why Maurice took her away. Seriously. It happened. The new songs written for the movie were not the worst to ever be put on screen, but they also weren't absolutely necessary. Yes, they added bits and details that helped you to care slightly more about the characters. Unfortunately, all of the characters are one-dimensional besides LeFou, as I said previously, rendering the new songs unnecessary.

When I reviewed Cinderella, I asked myself and others if the movie needed to be made at all. The overwhelming response was no, but what movie really does need to be made. The same goes for Beauty and the Beast. This movie did not need to be made at all. It did not stray far enough to the 1991 animated film to warrant a reimagining. With Disney remaking this films, they need to approach them in two ways - make a superior version compared to the animated films or tell the story in a new way and actually reimagine it. Beauty and the Beast failed in both of these ways. Last year La La Land surprised us all and reminded us how great a movie musical can be. Two phenomenal leads were cast in that film, yet they were just average singers. Beauty and the Beast tried the same method, but the characters were just SO flat the emphasis needed to be on casting amazing singers to blow us away and keep us wanting more between each song. It is a shame that no one saw this during the casting process. Strip away the bad singing, the CGI, the plot holes, the voice acting and you just don't have much left. Beauty and the Beast will surely go on to make more money than I think any of us could expect and it will give Disney the motivation it needs to crank out more of these remakes. It would be great if Disney could try to go back to being unique, but as long as they are still cranking out decent quality entertainment that is good for the family, can any of us truly complain?
ShareTweetSubscribe