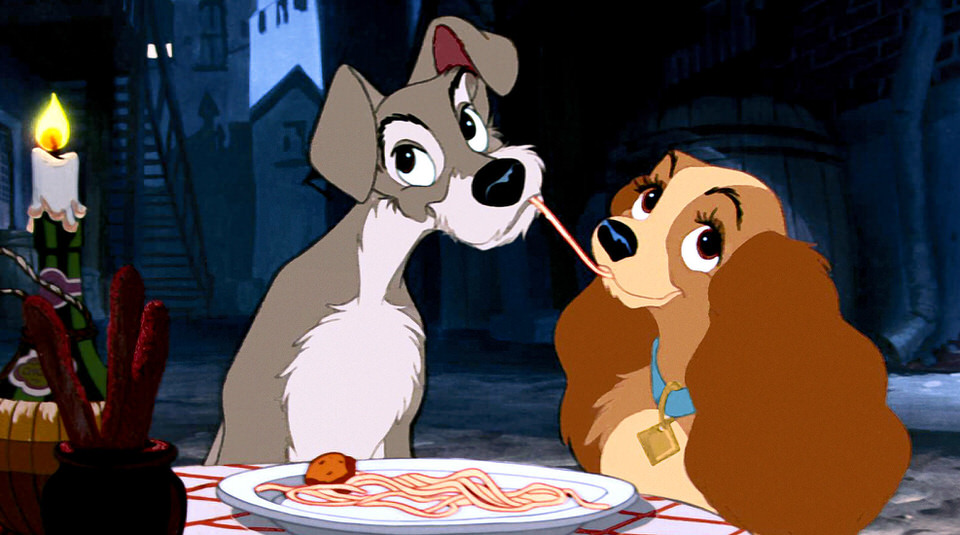 Disney has opened up their vault once again and this time it’s for the sixth title to join the Walt Disney Signature Collection on Blu-ray – Lady and the Tramp. This Disney classic has been charming audiences since 1955 and includes one of the most cherished moments in any Disney movie, which is the spaghetti scene during “Bella Notte.” Now, Lady and the Tramp is a must-own Disney film, but this isn’t the first time it’s been released on Blu-ray. It was previously released as a Diamond Edition movie, so let’s take a look at this latest release and see if it’s worth the upgrade.

Lady and the Tramp

Lady and the Tramp came out during one of the best eras in Disney history. Cinderella, Alice in Wonderland, and Peter Pan had all be released in the five years before Lady and the Tramp, and Disney was also making excellent live action movies like 20,000 Leagues Under the Sea and Davy Crockett, King of the Wild Frontier. Walt was also busy tinkering away with a little side project called Disneyland. With everything happening at the Walt Disney Studios, it’s so impressive to think that a classic animated movie like Lady and the Tramp was still able to be executed so perfectly.

Part of what makes Lady and the Tramp such a special film is that there is something in it for everyone to love, beyond dog lovers. Lady may be a pampered cocker spaniel, but that doesn’t mean her life is boring, especially when obstacles like the Siamese cats show up at her house or when she ends up at the pound. Tramp brings some extra fun and excitement to the story, but his connection to Lady sets up the ideal love story. This may be unrelated to the characters, but Lady and the Tramp also wins because it could be considered a Christmas movie since that’s how the film starts. In fact, the opening scene where Jim Dear gives Darling the hatbox with Lady inside was directly inspired by Walt giving Lillian a Chow in a hatbox one Christmas. The point is, if you haven’t seen Lady and the Tramp in awhile or you need to catch up on it, now is the time.

In terms of the audio and video quality, the movie features the same transfer details as the previous Diamond Edition and it looks pretty much flawless on Blu-ray. The CinemaScope widescreen presentation is a delight to watch the entire way through. You also have three options for how you can watch Lady and the Tramp – the original theatrical version, a sing-along version, or an Inside Walt’s Story Meetings version, which is essentially the audio commentary version but taken to the next level with dramatic reenactments of Walt’s story sessions with his animators.

Unfortunately, Lady and the Tramp has now been released so many times in the past that it appears Disney is starting to run out of fresh material for bonus features. There are only three new bonus features, and only two of the three featurettes have any historical value. Technically another new feature is the ability to watch the movie’s songs as standalone sing-alongs, but that’s almost more of a convenience for kids than it is a bonus. Let’s take a look at the special features on this disc.

Also included in the Multi-screen Edition is a DVD copy of the film and a digital copy, along with a code to get 150 points on DisneyMovieRewards.com.

If you already own the Diamond Edition of Lady and the Tramp then it is hard to justify purchasing the Walt Disney Signature Collection version of the film. The two benefits of buying it are the two new relevant features and the digital copy of the movie. If you don’t already own Lady and the Tramp on Blu-ray or DVD then look no further than this new edition. You won’t be disappointed at all.