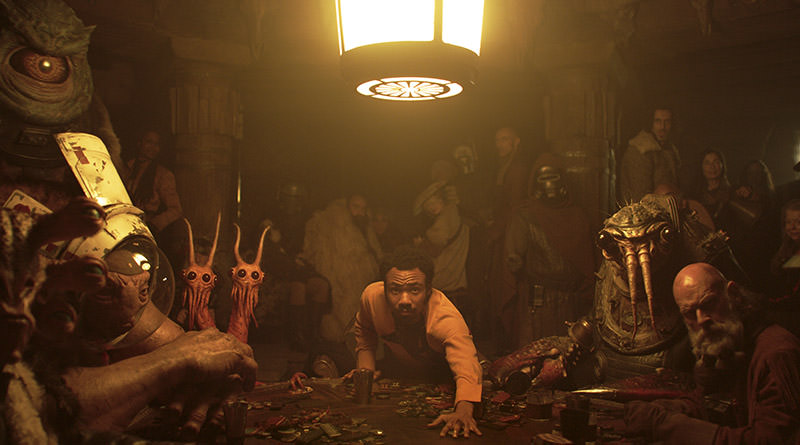 Solo: A Star Wars Story was not the hit film that Disney was hoping it would be in 2018, but that doesn’t mean it isn’t a good movie by any stretch. Its worldwide gross was just short of $400 million, which does seem like a failure when you compare it to the box office receipts from The Force Awakens, The Last Jedi, and Rogue One, but there are many factors that could have contributed to the ultimate performance of Solo. It came just on the heels of Avengers: Infinity War and less than a year after The Last Jedi debuted to mixed criticism, plus its summer release means it had even more outside competition. Factor in the production problems and a story that most people didn’t necessarily care to see and you had a disaster waiting to happen. However, it actually ended up being pretty good and a lot of fun, and now you can own it on Blu-ray or 4K UHD!

Solo: A Star Wars Story follows the early adventures of Han Solo before all of the action in A New Hope. The film starts off on Corellia with Han’s escape off the planet and along the way we see him join the Empire, meet Chewbacca and Lando for the first time, and make the famous Kessel Run in less than 12 parsecs. There is so much more to Solo beyond these highlights, but overall the movie is a fast-paced western adventure with an amazing cast featuring Emilia Clarke, Donald Glover, and Woody Harrelson. Alden Ehrenreich does an admirable job filling the shoes of Han Solo and even though I don’t fully buy him as the character, he still has an enigmatic presence and is very entertaining to watch.

Unlike Marvel Blu-ray releases, Solo: A Star Wars Story has decent bonus features that help fill out the home release and make it really worth the purchase value. It has a nice mix of interviews along with behind-the-scenes footage and a handful of deleted scenes and you couldn’t really ask for much more in terms of making-of context. Sure it would be great to have some behind-the-scenes footage of what was happening before Ron Howard stepped in to direct, but that was never going to happen. Let’s take a look at the highlights.

Other bonus features include The Train Heist, Becoming a Droid: L3-37, Scoundrels, Droids, Creatures and Cards: Welcome to Fort Ypso, and eight deleted scenes. The other featurettes aren’t bad or boring, but they aren’t as intriguing as the ones already discussed and the deleted scenes were deleted for a reason. One bonus feature that was listed with the original press release was The Millennium Falcon: From Page to the Park that was supposed to be a look at the history of the ship and how it will be translated into Disney Parks, but it turns out that this is a digital only release if you bought your copy at Target.