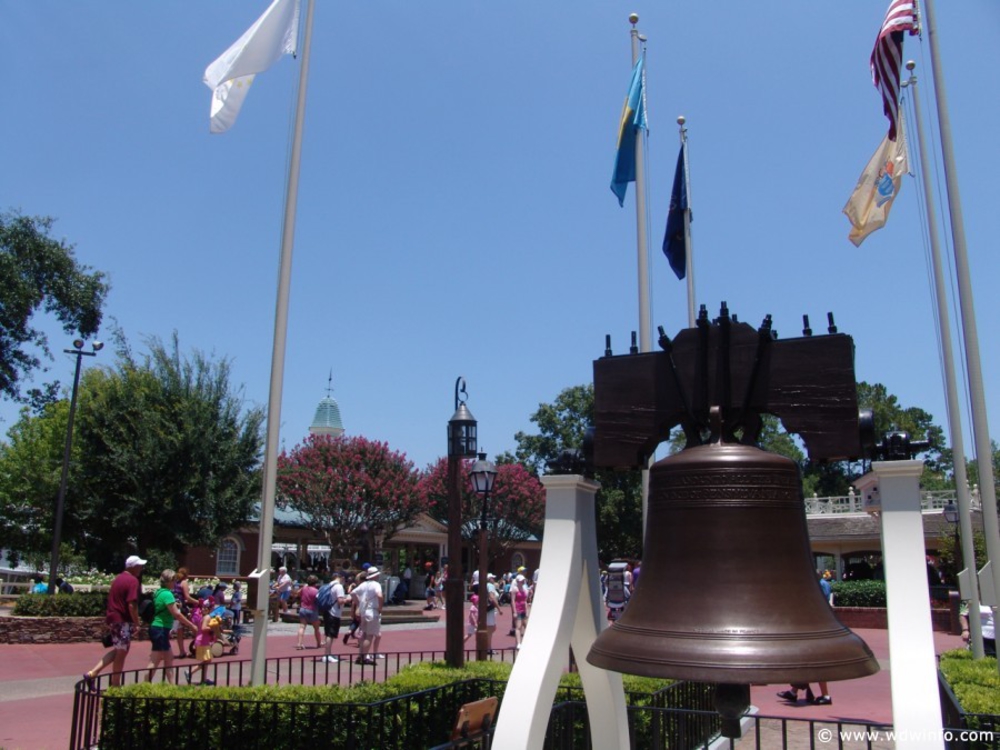 We’ve all heard of urban myths and legends, right? Those larger than life stories that we believe may, in fact, be truth. Sometimes, these myths and stories get told and retold until we just don’t know what the truth actually is anymore. Walt Disney World seems to be a magnet for urban myths, and it seems that we at The DIS fell into this trap back in 2010 as we presented an article detailing the history of Magic Kingdom‘s Liberty Square Liberty Bell.

First, fifty replicas of the original Liberty Bell were indeed cast, but not in honor of the country’s 200th birthday. They were cast in 1950 as a way to promote the sale of U.S. Treasury Bonds. The United States government sent replicas to all states and territories for participating in the program. You can read more about the 1950 U.S. Treasury Bond promotion, and the District of Columbia’s missing Liberty Bell, here.

Second, the Liberty Bell that is on display in Liberty Square in the Magic Kingdom is not Pennsylvania’s replica. The state of Pennsylvania gave its replica to Zion’s United Church of Christ in Allentown, Pennsylvania in 1962 to honor them for housing the original Liberty Bell during the American Revolution.

I enjoyed getting to have a conversation with Jerry Still, tour guide at the Liberty Bell Museum in Allentown, Pennsylvania, last week. Mr. Still helped to fill in some of the blanks and correct the details surrounding the urban myth. He explained that, when the British were occupying Philadelphia from September 25, 1777 to June 15, 1778, all metal was being melted down to make tools of war. The “B bell“, now referred to as the original Liberty Bell, from the Pennsylvania State House was brought to Zion Church in 1777 to be hidden from the British. In fact, according to Zion Church’s website, 11 bells total were housed at the church for safekeeping. When the original foundation of the church was dug out from 1958 to 1962, the church was gifted with the Pennsylvania State replica bell. The Liberty Bell Museum opened to the public May 30th, 1962 at Zion’s Church. Many thanks go to Pastor Joshua Knappenberger of Zion’s United Church of Christ for reaching out to The DIS and making us aware of our error and helping to increase our understanding of the history and myth surrounding Pennsylvania’s replica bell.

If you’d like to hear more details of the history of the Magic Kingdom’s Liberty Bell and its surroundings, click here to listen to the Connecting with Walt podcast episode on Liberty Square.

The next time that you’re in the Magic Kingdom, be sure to swing by Liberty Square and visit the Liberty Bell. And join in with us as we help to set the record straight. Myth busted.