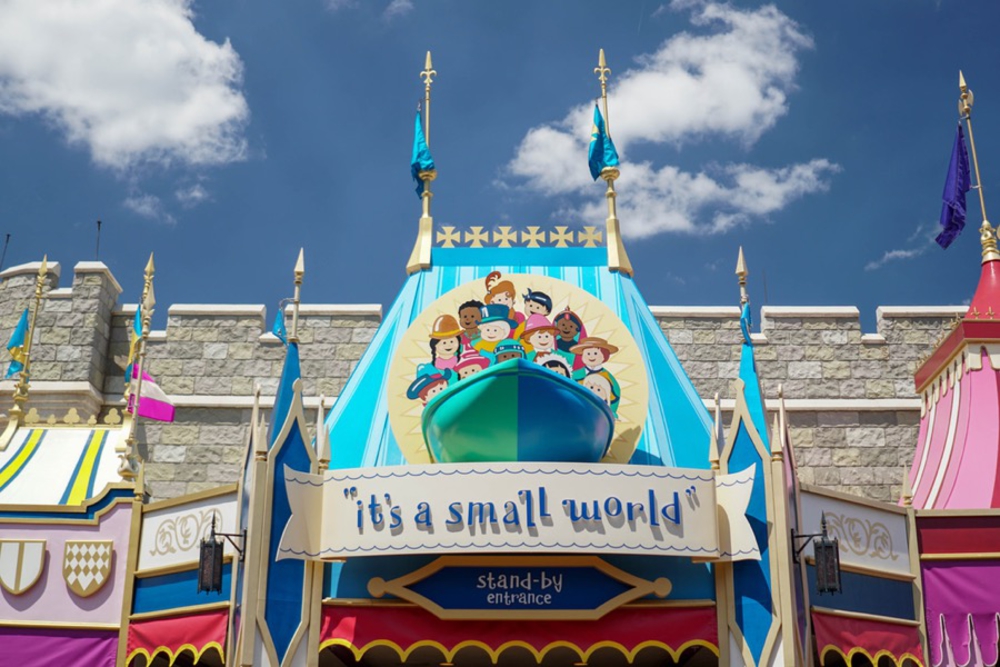 Disney songs are as much a part of the magic as any anything else in the company. This is true in their movies, and it’s just as true in the parks. Even when guests don’t realize it, there’s music playing, setting the scene and making the whole experience more immersive.

What is obvious are the theme songs for classic Disney parks attractions. Each park around the world has its own songs to boast about, but for the sake of space, I’m only going to focus on the ones in Magic Kingdom (despite the fact that they all originated elsewhere), and only on songs written specifically for an attraction. These tunes are ingrained in the hearts of Disney fans everywhere, and, in many cases, they are inseparable from the experiences themselves. Here’s an (admittedly) abbreviated history of the well known and iconic attraction themes you’ll hear during your visit. Atencio had worked with the Disney company as an animator and writer, but he had never written lyrics specifically, so he was understandably surprised when Walt asked him to write some words to accompany Bruns’ music on the classic Pirates of the Caribbean. Taking inspiration from a sea shanty mentioned in the novel Treasure Island, Atencio wrote the song that would become arguably his biggest legacy over the course of his career. As guests became part of a rollicking pirate adventure, they heard this song multiple times and loved it. Because, let’s face it, even if a park go-er doesn’t know any other words, they know the line “Drink up, me hearties, yo ho!”

Would the Haunted Mansion have the same eerie charm without this song echoing down its halls? Easily recognizable within the first few notes, “Grim Grinning Ghosts” definitely counts as a fan favorite. Baker, who composed music for a plethora of Disney films, wrote the now familiar melody that finds itself adapted into several musical styles, with different instrumentations and tempos, as potential tenants tour the mansion. The lyrics (the second offering from Atencio) are no less catchy, even though riders are in the graveyard, being serenaded by singing busts, before they are heard. Fun fact: the title of the song came from a poem by Shakespeare called “Venus and Adonis”.

The Carousel of Progress was one of Walt’s big projects for the 1964 World’s Fair, and it was an ambitious show that needed a song to match its message. For that, Walt turned again to the Sherman brothers, who had been writing music for him since 1961. They took the idea of technological advancement, as Carousel of Progress was presented by Disney and General Electric, and penned a theme song that brimmed with optimism for a bright tomorrow full of promise. To further connect it with Disney legacy, the song also reflected Walt’s personal hopefulness for the future, so the Shermans have always considered it his personal theme as well. Disney’s original plan for the Tiki room was a restaurant where diners were serenaded by singing birds. However, the logistics of running a functioning restaurant with the maintenance of the animatronics was just too much, and eventually the idea evolved into Walt Disney’s Enchanted Tiki Room (originally called Tropical Serenade at Walt Disney World). Guests marveled as an entire room of birds, plants, and deities came to life singing the first song that the Sherman brothers penned for a Disney attraction. Over the years, the original song has been shortened to trim down the length of the show, but it still lets the birds sing words and the flowers croon!

Love it or loathe it, this theme is a bona fide classic that will forever be associated with the Disney parks, and the brand as a whole. And for the last time on this list, you have the Sherman brothers to thank. To help represent the theme of unity throughout the world, the goal was to create a song that could easily be translated into a plethora of languages. From that thought, and after a few alterations, “it’s a small world” became what we know today. Although the song is only sung in five languages during the actual ride, it is widely claimed to be the most translated and most performed song of all time. And, since it’s probably stuck in your head now, chances are you’ll be “performing” it for a while after reading this!

As far as original songs go, I think that about covers the Magic Kingdom! Amazingly, so much of this part of Disney history has been accomplished by very few people.

When it comes to attraction themes, do you have a favorite?