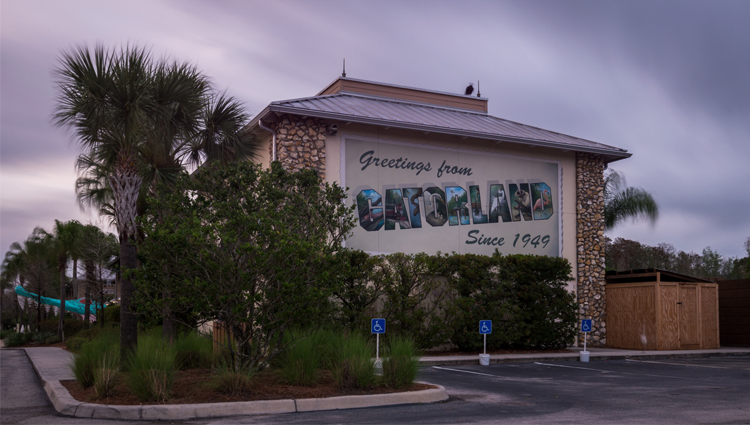 Orlando, Florida — theme park capital of the world. Home of the Walt Disney World Resort, the Universal Orlando Resort, SeaWorld, and so many more niche attractions. Since 1971, Central Florida has become a paradise for dreamers, thrill seekers, families, and the young at heart. But when the pixie-dust settles you also see that Orlando is a town of fierce competition. It is an eat or be eaten mentality for business owners here. That’s because they’ve learned from the past; many entertainment experiences have come and gone.

Just the other day I learned of Boardwalk & Baseball. This was a classic amusement park with a giant wooden roller coaster, a Ferris wheel, and featured at the back of the park was a baseball stadium used by the Kansas City Royals for spring training. Boardwalk & Baseball was an amusement park that would likely have been successful anywhere else in the country. The land that this park sat on is now a shopping center that features my personal closest Target, Best Buy, and movie theater. The park opened as Circus World in 1974, and closed as Boardwalk  & Baseball in 1990. When I learned that the shopping center near my house used to be a fairly large amusement park, I was shocked. It made me wonder what else has come and gone in Orlando. I then found an article by the Orlando Sentinel that listed many of the closed attractions in the Central Florida area. It is an interesting look at all this town has gone through. In the article, it lists a number of entertainment experiences and amusement parks that struggled to get out from under Disney and Universal’s shadow. I won’t list them all, but some include:

Oddly, with all of these closures some unique attractions have survived. The Holy Land Experience, Gatorland, and Fun Spot America. For being the theme park capital of the world, Orlando does have a hard time sending their guests anywhere besides the typical three of Disney, Universal, and SeaWorld, and even SeaWorld could soon become a memory of the past at the rate of decline in guests’ visitation that park is seeing.

It sparks my curiosity to wonder what Orlando will look like in the future. What current parks will be a thing of the past, and what other Davids will want to try their hand against the Goliaths of Disney and Universal. It is proven with theme parks like GatorLand or The Holy Land Experience to find your niche market and survive in Orlando, but it isn’t an easy place to do so.