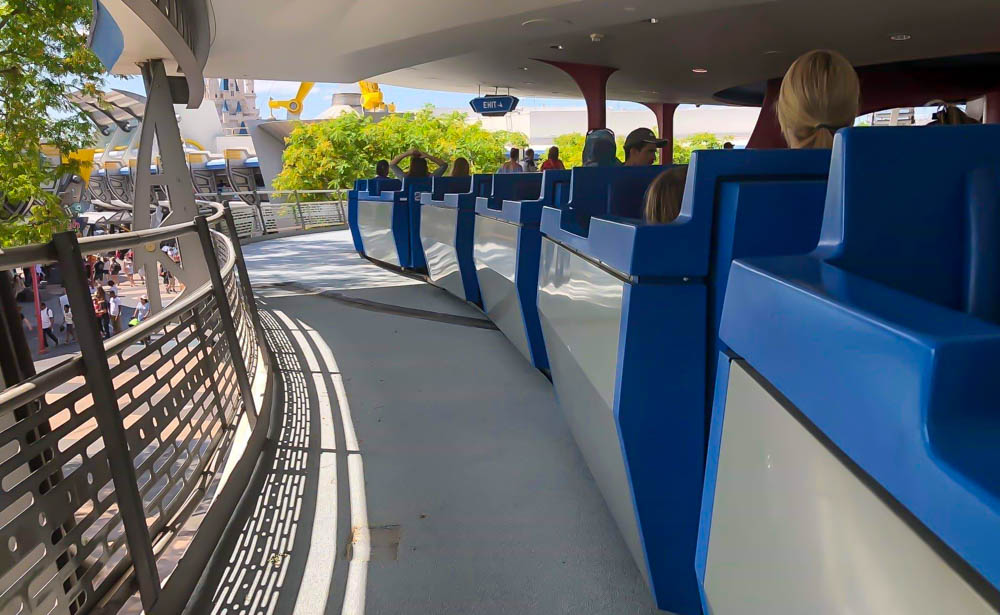 When comparing the danger of attractions in the Orlando theme park area, the last ride you’d expect to be hazardous would be Walt Disney World’s PeopleMover. While this slow-moving tour over Tomorrowland is known for being scenic and relaxing, two separate lawsuits were filed in Orange Circuit Court due to alleged injuries sustained after carts crashed into each other on the ride.

According the Orlando Sentinel’s report, the pair of lawsuits are seeking more than $15,000 in damages.

The first lawsuit was filed in February and related to an incident in 2015 when a New Jersey family was vacationing at Walt Disney World. At one point during the Tomorrowland Transit Authority PeopleMover‘s trip, the ride vehicle passes through a dark tunnel directly below Space Mountain; it was here that the alleged incident took place.

The Tregidgo family say their car came to an abrupt stop. The lawsuit states that “it was struck from behind by a trailing cart,” and accused the attraction of being “dangerous” and “a concealed trap.” Their attorneys claim the cost of medical bills for two orthopedic surgeries related to the incident, which did not eject anyone from the car but did lead to severe injury, was $175,000.

The second suit relates to a similar story from February 2017 and was just filed March 1st of this year. New York resident Kristie Deieso was vacationing on a girls trip when the accident took place; she says her ride car only made it 100 yards along its course before stopping and being hit from behind.

Her lawsuit says, “The injury to [Deieso] is permanent within a reasonable degree of medical probability and (she) will continue to suffer the losses in the future.” Her shoulders and neck were affected, and Deieso underwent surgery for a herniated disk.

Along with other Orlando theme parks, in order to avoid major inspection the Walt Disney World discloses any injuries to the state which involved a hospital stay of over 24 hours or death; none of the injuries related to these lawsuits were disclosed on the state reports.

Attorneys for both lawsuits says they are trying to determine what changes Disney made to the PeopleMover after a previous 2017 lawsuit was settled which claimed a similar occurrence involving two sisters and two children back in January of 2015.

“The fact they’ve had problems before, it always put someone on notice there’s underlying issues that need to be addressed,” said Deieso’s attorney Brian Wilson.

Disney did not respond to the Orlando Sentinel’s request for comment.