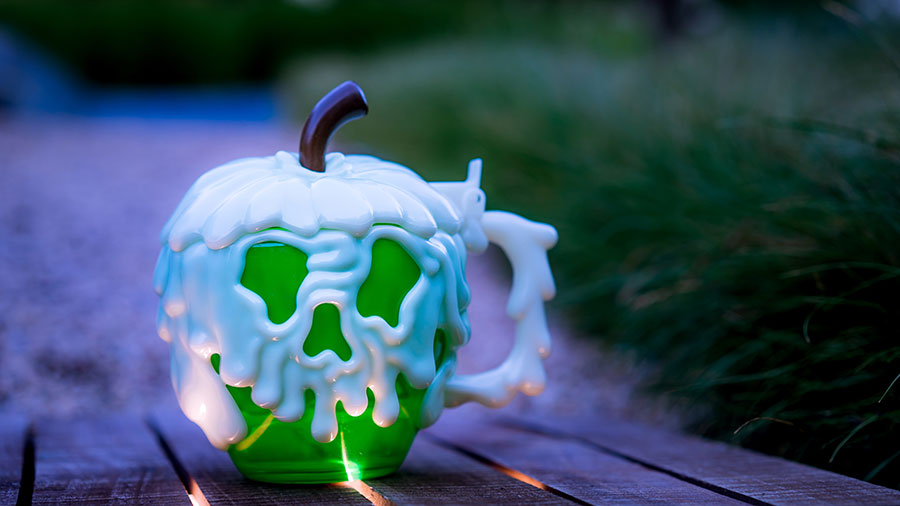 The Disney Parks Blog just revealed several of the 2018 Halloween themed popcorn buckets, cups, straw clips, and more. The Halloween season at Walt Disney World and Disneyland is creeping up on us, meaning these newly themed knickknacks will soon be available.

The basic Happy Halloween 2018 Base Popcorn Bucket will be available at the Disneyland Park, and out at Walt Disney World, the bucket will be found at Magic Kingdom Park, Epcot, Disney’s Animal Kingdom, and Disney Springs. The bucket’s design features Mickey and Minnie Mouse riding a broomstick, as well as Chip and Dale dressed up as bats. This bucket will be refillable for the duration of your vacation at Walt Disney World. Unfortunately, the bucket will not be refillable at the Disneyland Resort. Speaking of Oogie Boogie, the popular Oogie Boogie Premium Popcorn Bucket from last year will be brought back at Disney California Adventure park and at the New Orleans Popcorn Cart at Disneyland park. This year a special version has been created, and will be available only during Mickey’s Not-So-Scary Halloween Party at Magic Kingdom Park, and later in the Halloween season at the Disneyland Resort. Finishing off the list of the 2018 popcorn buckets is the new Cauldron Premium Popcorn Bucket, which will be available starting in mid-September at Disneyland Park, and all four Walt Disney World theme parks as well as Disney Springs. This year a Green Poison Apple Stein will be available at Disney’s Animal Kingdom at Walt Disney World and throughout the Disneyland Resort at several vending locations. Found in the Magic Kingdom Park and throughout the Disneyland Resort will be the Headless Horseman Straw Clip. At Cars Land at Disney California Adventure there will be a special Tire Pumpkin Straw, which will be part of the “Haul-o-ween” celebration.