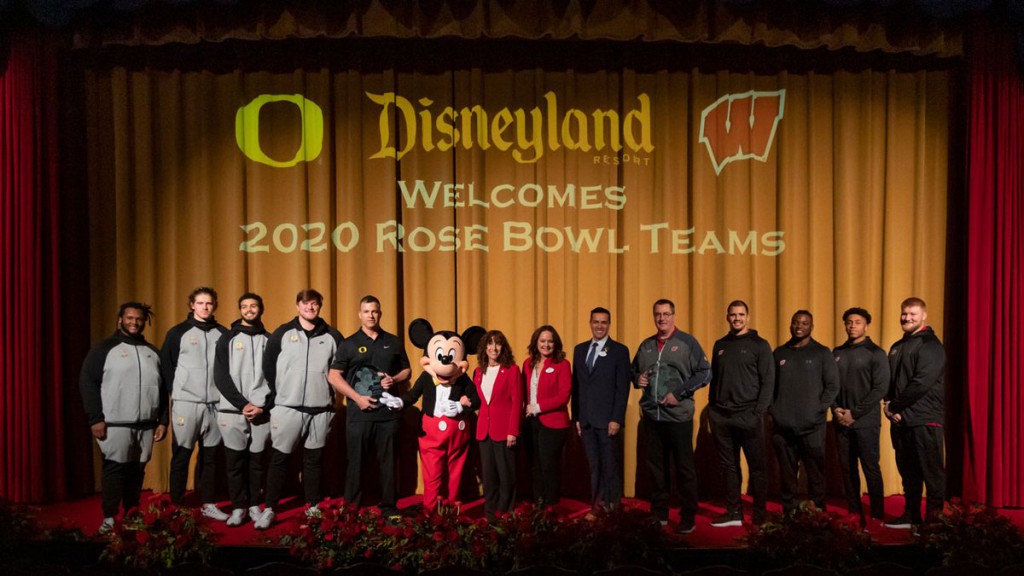 The teams competing in next week’s Rose Bowl Game stopped by today for their annual visit to the Disneyland Resort. This year’s 106th game features the Oregon Ducks and the Wisconsin Badgers.

A cavalcade celebrating the teams was canceled due to possible weather, but members from the teams did hold a press conference inside the Opera House on Main Street USA.

The Ducks and the Badgers will compete on New Year’s Day in Pasadena, California.