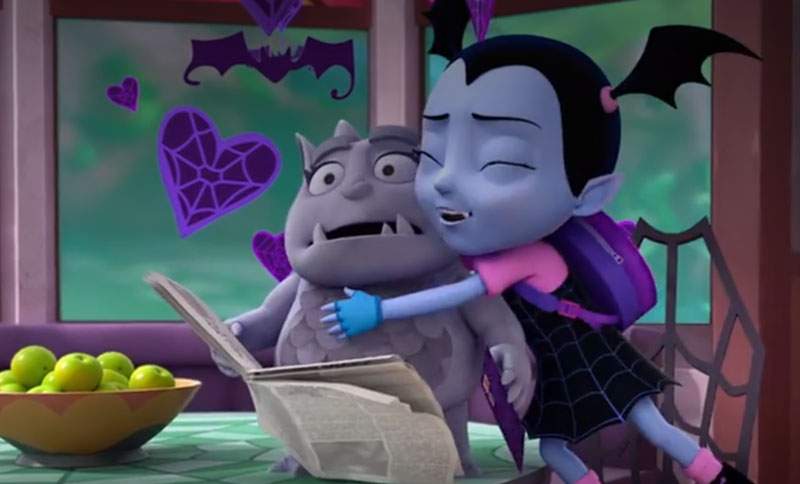 Disney Junior’s popular program about a family of Transylvania transplants trying to fit in after a relocation to Pennsylvania just received the go-ahead for a second season.

The program debuted on October 1st of last year on both Disney Channel and Disney Junior concurrently. Vampirina had Disney Junior’s most-watched new series premiere since Mickey and the Roadster Racers’ first episode (January of 2017) for children 2-5, 2-8, and adults 18-49. Between Disney apps, VOD, social media, and YouTube the series has accrued over 90 million views.