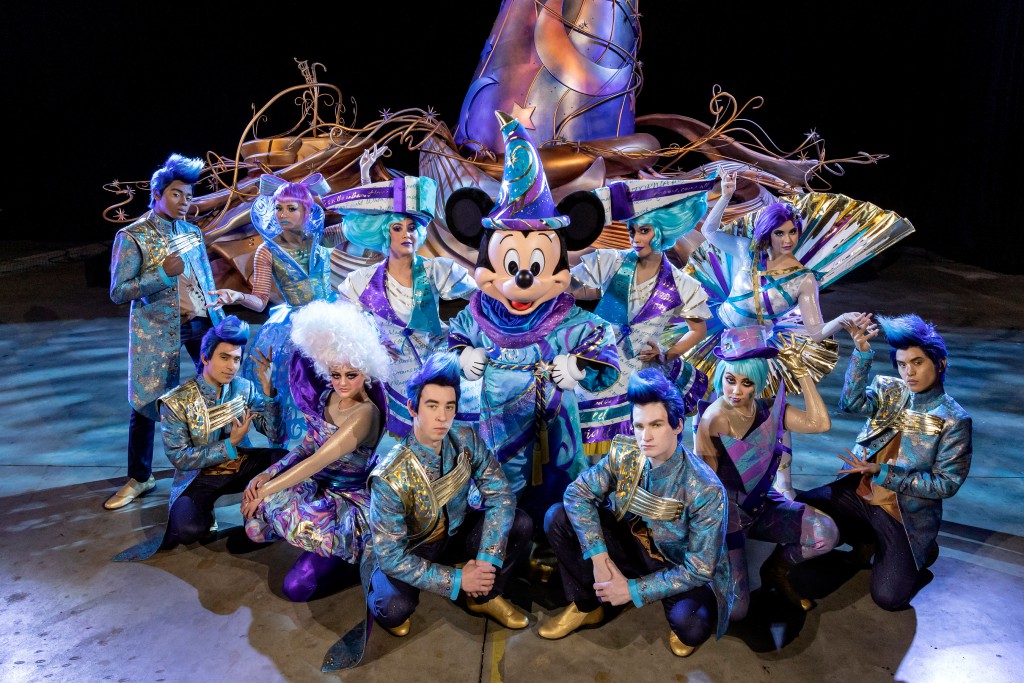 The Disneyland Resort has shared a look at the opening unit for Magic Happens, the new parade premiering soon at Disneyland Park. The parade opens with Mickey Mouse in an iridescent sorcerer-inspired costume riding a coordinating float featuring a 15-foot tall magical hat. 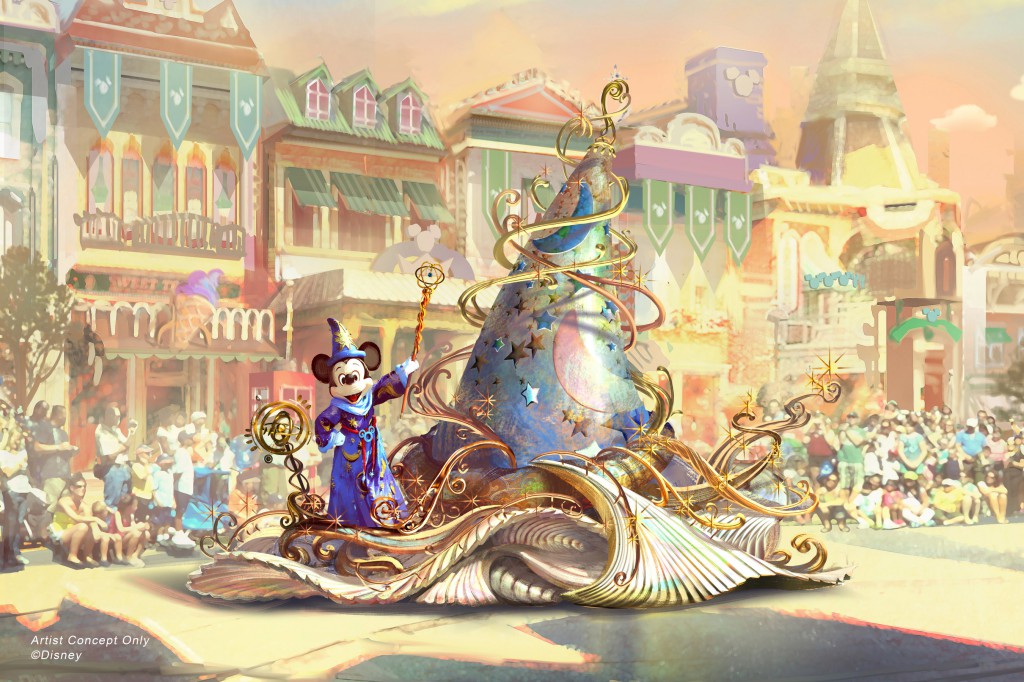 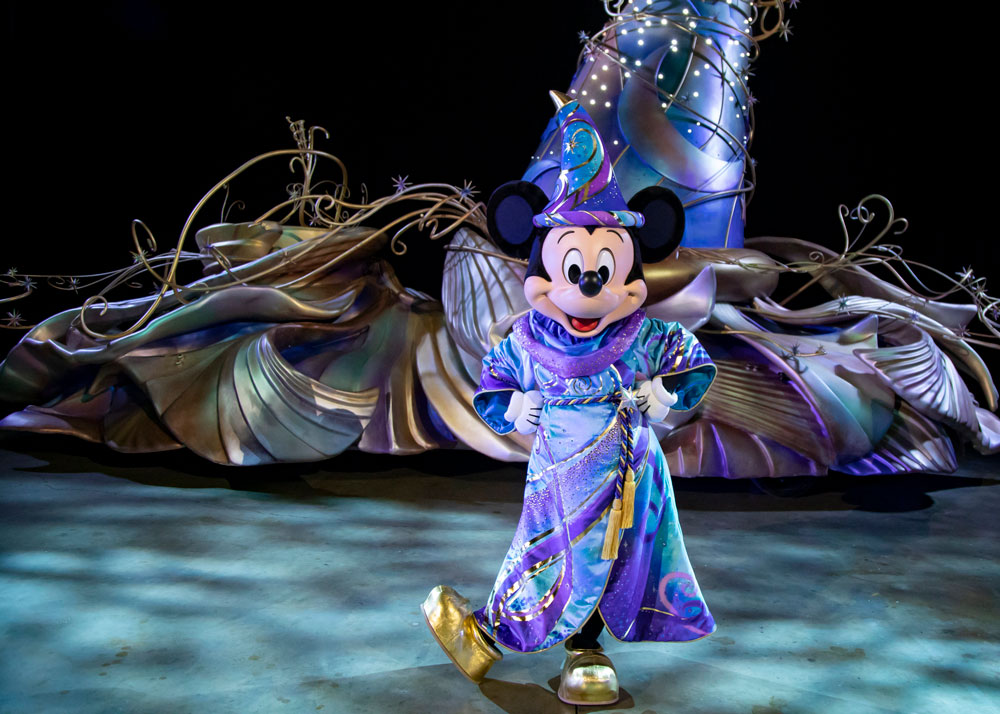 Magic Happens makes its way through the streets of Disneyland starting February 28th.