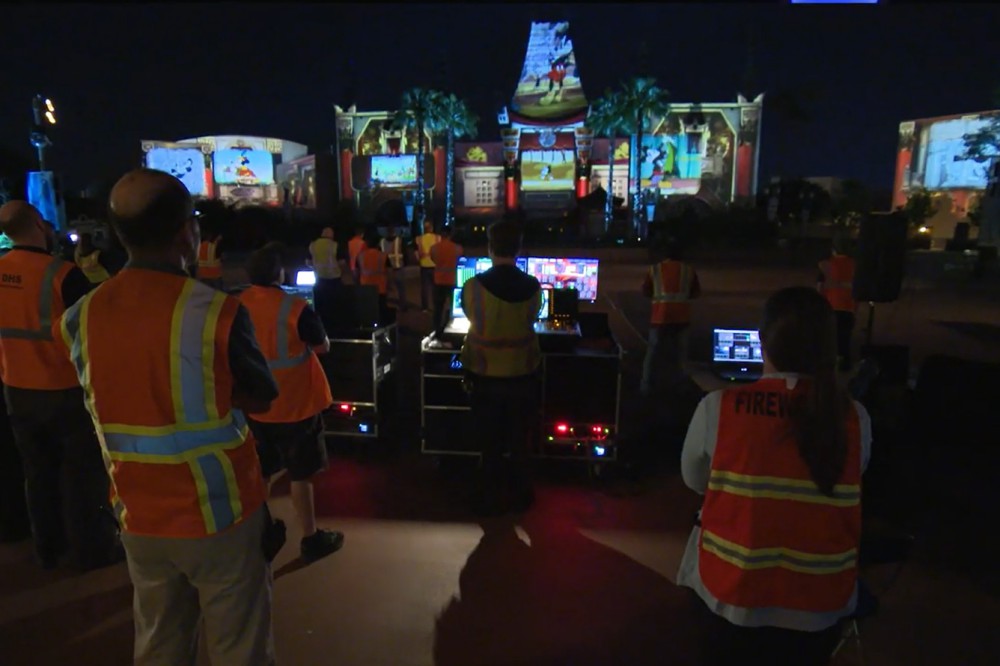 This week, Disney’s Hollywood Studios will debut a new nighttime spectacular entitled, Wonderful World of Animation and behind the scenes, the production team has been working hard to fine-tune the show for its premier as part of the park’s 30th anniversary.

The show feature moments from nearly the entire catalogue of Disney and Pixar films, from Snow White and the Seven Dwarfs to Toy Story 4 and everything in between, all projected on the facade of the Chinese Theater.

In this look at the last minute preparation, Tony Giordano, the show director, says Wonderful World of Animation is “distinctly Disney’s Hollywood Studios” and calls it “a love letter to animation.”