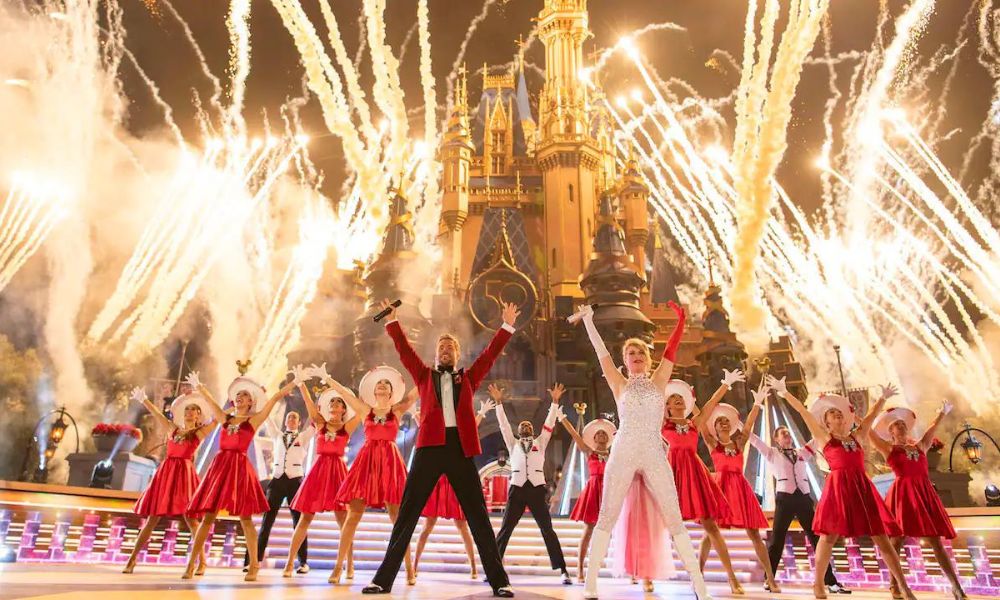 I don’t know about you, but it is a family tradition to watch the Disney holiday special each Christmas morning. As a kid, it felt magical to see what Disney was like on Christmas day. As I got older, I learned that what I was watching each year wasn’t happening live; it was all pre-recorded. At that moment, I made a new life goal: to watch the performances live. I can happily say that I have seen the Pentatonix perform at Hollywood Studios; it was magical. Anyway, enough about me and more about this year’s Wonderful World of Disney: Magical Holiday Celebration and Disney Parks Magical Christmas Day Parade.

Disney has released information regarding both holiday events. Here is what to expect for both holiday spectaculars.

I love that they are putting both events on streaming services; it allows fans to view the shows on their own time. I am not surprised that The Wonderful World of Disney: Magical Holiday Celebration will be available on Disney+. I wish they would do the same for the parade, but at least it will be on Hulu.

Here are some highlights of what we will see in the holiday specials.

The specials, filmed from Walt Disney World Resort in Florida and Disneyland Resort in California, will feature showstopping musical performances of holiday classics and cheerful new hits, showcase heartwarming family stories, and offer sneak peeks at what’s new around The Walt Disney Company. Plus, Freeform’s Trevor Jackson (“grown-ish”) will join us for a magical musical performance aboard the newest Disney Cruise Line ship, the Disney Wish and a sneak peek at the highly anticipated upcoming major motion picture “Avatar: The Way of Water,” only in theaters on Dec. 16, 2022.

Disney has released a list of the musical performances; let’s see who will be there!

Musical performances for “The Wonderful World of Disney: Magical Holiday Celebration” include the following:

In addition to the parade, musical performances for “Disney Parks Magical Christmas Day Parade” include the following: