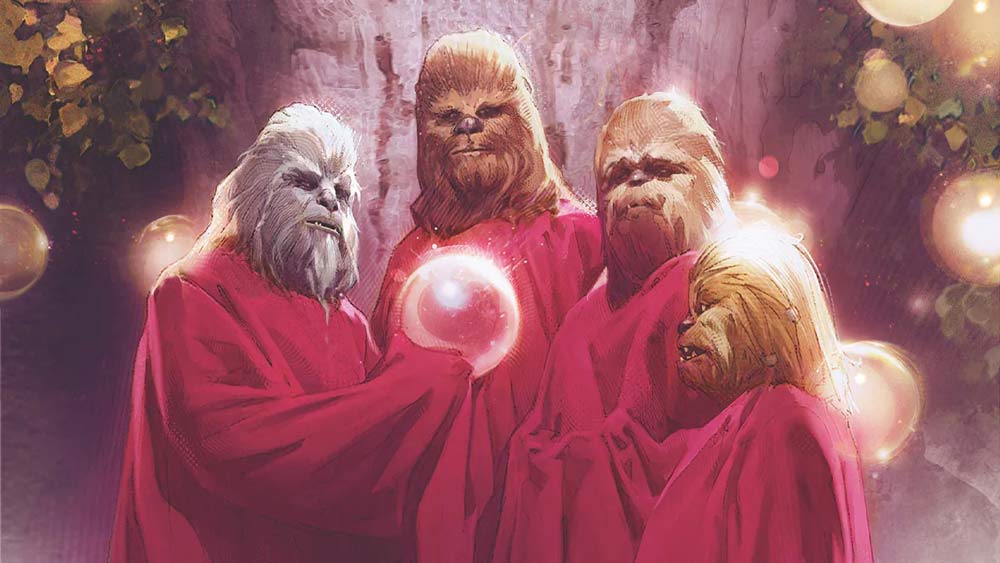 Today in the Star Wars galaxy, a special holiday is being celebrated… Life Day. Never heard of Life Day? Me neither, but fortunately, the Disney Parks Blog has shared the story of Life Day along with how it came about in the first place.

In that galaxy far, far away, this is traditionally the day Wookiees come together with their loved ones to celebrate family, friendship, joy and harmony. Wookiees may have a reputation for their ferocity, short tempers and huge, shaggy frames – you are probably familiar with Chewbacca, hero of the Rebel Alliance and the Resistance, and one of the most famous Wookiees in history. But Wookiees are tender and gentle when they’re at peace, and they’re fiercely loyal to their family and friends, which is what Life Day is all about.

They began celebrating the holiday thousands of years ago on their home planet of Kashyyyk, and continued to mark the day as they traveled to and settled on other planets. In a gesture of peaceful defiance, they even maintained this tradition through the dark days of the Galactic Empire.

Following the fall of the Empire and the Wookiees’ subsequent liberation, Life Day took on a new meaning. Inspired by the Wookiees’ courage, cultures all across the galaxy – from the Core Worlds to the Outer Rim and beyond – adopted the holiday and made it their own. It’s now generally celebrated with festive décor, twinkling string lights, music, special food and more. It’s a time for everyone – regardless of your heritage – to come together as one in honor of freedom and peace, love and togetherness.