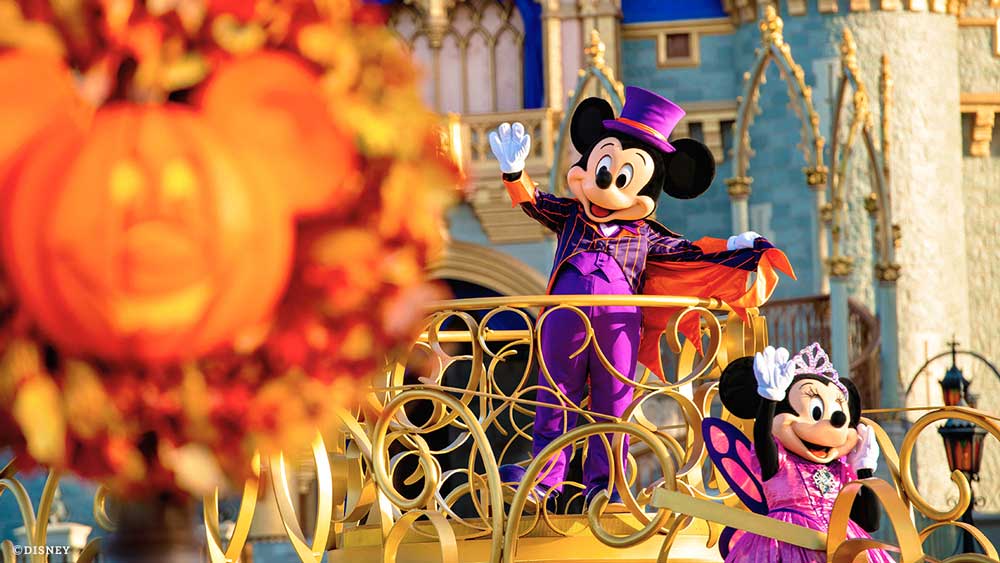 Earlier this month, we shared some of Walt Disney World’s plans for the Halloween season, and today, more details have been revealed.

At various times throughout the day, special Halloween cavalcades will pop up on the parade route and head down Main Street, U.S.A. Guests may see Mickey Mouse and his friends dressed up in their Halloween costumes. On select days, guests may even see a cavalcade of Disney Villains – from Gaston and Maleficent to Queen of Hearts and Jafar – creeping down the path, or a procession featuring the Pumpkin King himself, Jack Skellington!

The iconic Dapper Dans will also return to the Magic Kingdom beginning September 20th. They’ll be performing a capella as their alter egos – The Cadaver Dans.

At Disney’s Hollywood Studios, Minnie’s Halloween Dine is set to return to Hollywood & Vine, beginning September 25th. The all-you-care-to-enjoy feast will be brought and served at your table, and favorite Disney friends will make special appearances in the restaurant. Guests can wave and snap photos of Minnie Mouse, dressed as a happy witch, Goofy will be wearing his spooky cowboy costume, and Mickey Mouse will be dressed as a funny vampire. Mickey’s best pal, Pluto, joins in too by wearing a cute Halloween collar.