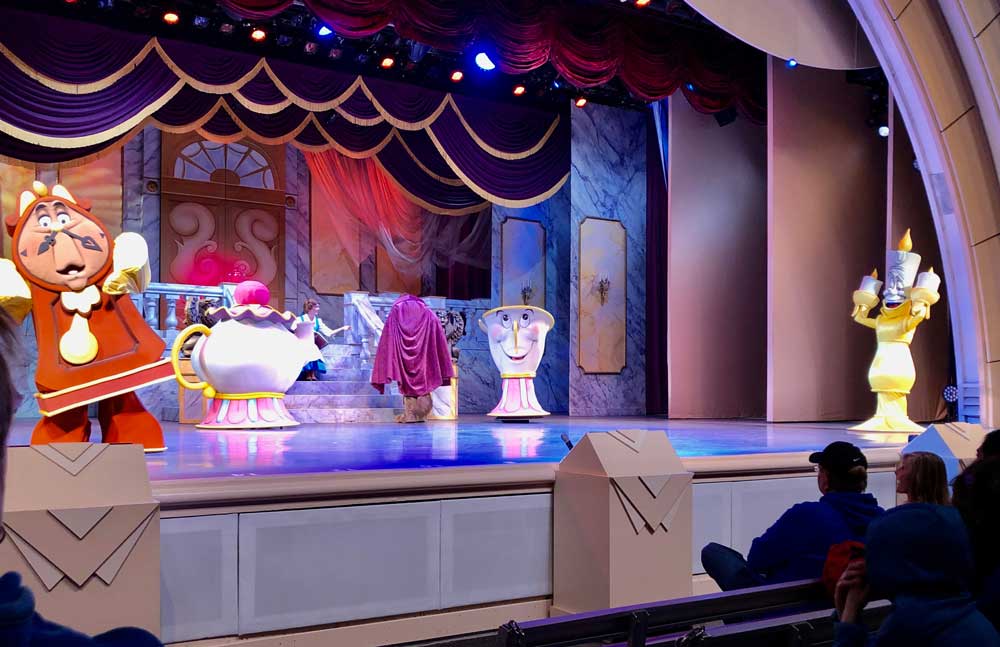 In the realm of some of our favorite things returning to the Walt Disney World theme parks, the Disney Parks Blog has just announced that a few more favorites will be making a comeback!

Beginning August 1st, the ‘Wonderful World of Animation’ is returning to Disney’s Hollywood Studios. “This cinematic nighttime experience leverages projection mapping technology to transform the park’s iconic Chinese Theater on a magical journey through more than 90 years of Disney animation.”

On August 15th, ‘Beauty and the Beast – Live on Stage’ will return to the Theater of the Stars on Sunset Blvd. “The heartwarming tale of Belle and Beast will once again swirl to life in this lush stage performance, with colorful costumes, gorgeous scenery, and the songs you know and love.”

On August 8th, our Monster friends will begin welcoming human guests to the Monsters, Inc. Laugh Floor in Tomorrowland at Magic Kingdom. Over at EPCOT’s Future World on August 21st, guests will once again be able to get answers to their most pressing questions during Turtle Talk with Crush.

As part of today’s announcement, Disney reminded us that ‘Disney Enchantment’ and ‘Harmonious’ fireworks spectaculars would both be making their debut on October 1st as part of The World’s Most Magical Celebration.

While we’ve known that ‘EPCOT Forever’ was an interim show that would only last until Harmonious debuts on October 1st, we did not know that ‘Happily Ever After’ would not be returning after the 18-month long celebration of the 50th Anniversary of Walt Disney World.

That means this summer is also your last chance to come out and catch the current fireworks shows before they sparkle into Disney history. ‘EPCOT Forever’ will conclude its limited-time run on September 28, and you have until September 29 to take in the spectacle of ‘Happily Ever After’ at Magic Kingdom Park.

I have to say that I am SHOCKED that ‘Happily Ever After’ will not return if that’s indeed what Disney is saying. The show has only been around for four years and it is so magical. Nevertheless, the show(s) must go on!