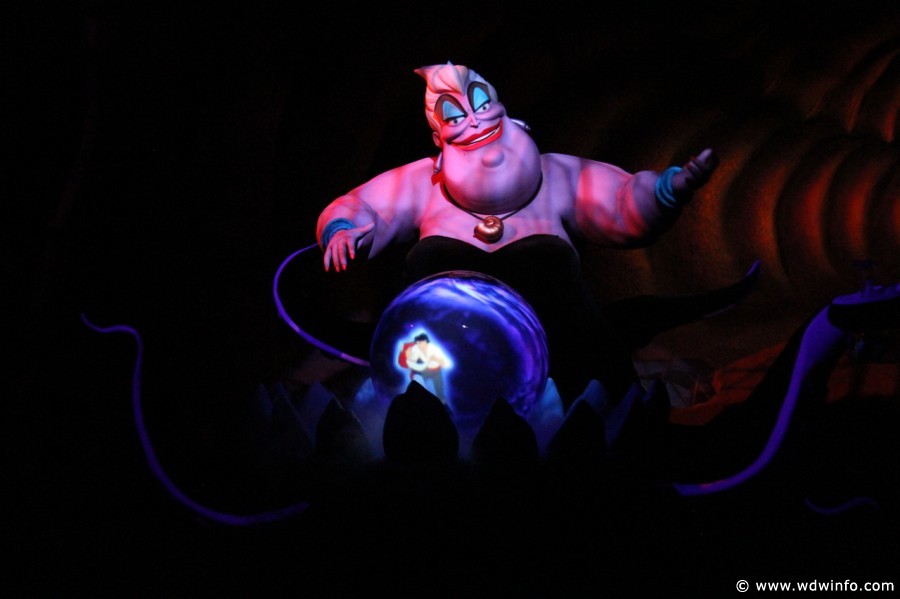 On January 28, 2018 at Disneyland Paris Park the audio-animatronic auctioneer’s head fell off on Pirates of the Caribbean, which prompted many startled guests to post about it on social media. The auctioneer was seen with his head dangling by the wires that connect him to his torso. While mechanical issues do occasionally happen, this story does turn in an odd direction.

Got a clearer picture taken with my DSLR. I know flash pictures are forbidden, but it was way to tempting pic.twitter.com/OsZujdeG36

On the same day, 5,658 miles away at Disneyland Resort in Anaheim, California, yet another audio animatronic lost their head! This time, Ursula from The Little Mermaid – Ariel’s Undersea Adventure attraction in Disney California Adventure had the same misfortune.

Both attractions were closed for a period of time as the mechanical issues were fixed, but not before a number of guests posted pictures and video of the incidents.