Save Up to 25% on Rooms at Select Disney World Resort Hotels This Summer!
By Charles Boda 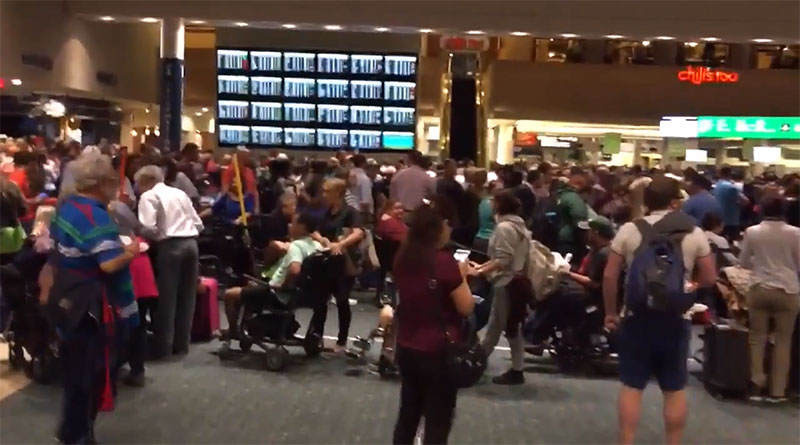 ShareTweetSubscribe
Shortly after 5 pm on Friday, November 10th, an overheated lithium ion camera battery exploded in the main terminal of Orlando International Airport and caused widespread panic and an evacuation. Authorities have given the all-clear and assured travelers that there is no danger, and all gates are now open, but long delays are still expected. Flights were grounded once the incident was reported just after 5 pm, with passengers asked to leave their planes and visitors waiting at the gates asked to be re-screened through security. Both terminals were evacuated and trams were temporarily detained. Although just recently reopened, gates 1-59 were closed for nearly four hours after the explosion. Many travelers posted about the situation on social media, some having fled the airport out of fear, some citing the massive confusion and lack of organization. According to the Orlando Sentinel, Orlando International Airport spokesman Rod Johnson confirmed that a "full ground-stop was issued and passengers should check with their airlines for any delays." Orlando Police announced that the public was not in danger via twitter:

UPDATE: Again, NO shots were fired at MCO. A lithium battery in a camera exploded in a bag; that was the noise people heard. The bag was smoldering; no one hurt. Thank you for helping us get the word out.